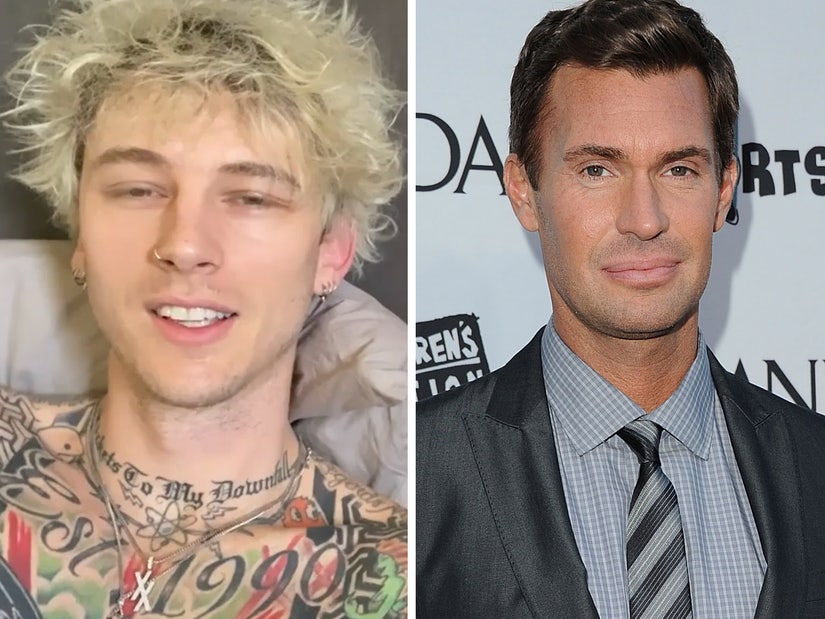 This might be one of the most random celebrity feuds ever.

There's some beef going down between Machine Gun Kelly and Bravolebrity Jeff Lewis.

It all began when Jeff started to speak out about being neighbors with the rapper on his Sirius XM radio show, calling Kelly out for his friends' alleged behavior while celebrating his 30th birthday party last month.

Lewis criticized MGK -- real name Colson Baker, which Lewis made sure to point out -- for allegedly having a group of people in his driveway and not social distancing while "day drinking" for his "dirty 30."

"They still park in front of the fire hydrant. They park in front of other people's driveways. It's just like, I think they're so f--ked up, they just park the car wherever it lands," he continued.

Earlier this week, MGK was a guest on Lala Kent's podcast, where he made it known he knew Lewis was talking about him on his show.

"He can't stand me," he told her. "He doesn't know that we know he does a podcast about us. He doesn't know it'll turn into 'Neighbors 'real quick. I'ma be Zac Efron. I'm Tom Petty. Petty in all caps."

On Thursday, Lewis said the situation between the two had escalated, as he claimed one of Kelly's "disciples" came up to his brother Shane and said, "I heard you're talking about us on your podcast."

"It's not a f--king podcast," said Lewis, "If they have an issue, come to me. He said, 'I heard you've been talking about us on your podcast and it's not hot. This guy says, 'I'm not aggressive but some of us are.' That is a threat. This is a nice family neighborhood, we don't need to threaten each other with violence." 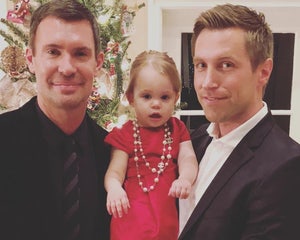 Saying he didn't believe the rapper knew any of this was going down -- "he'd probably be much smarter than that" -- Lewis added, "If this happens again, this guy will be spending his stimulus check on bail and attorney's fees."

Lewis went on to say he has "no issue" with Kelly himself. "It's with the people that go and visit him. His people, his followers, his disciples, groupies, whatever," Jeff continued.

"They have to understand, I don't hate them. My neighbors hate them because my neighbors have complained about them to me," he added. "Every time the cops show up, or every time a car gets towed, or every time someone gets a ticket, they're assuming it's me. It's not me. I didn't call the cops. When you Instastory a gathering ... you are opening yourself up for criticism."

He went on to even call Kelly "a rather respectful neighbor" who takes the party inside most of the time, where it can't be heard.

Thursday, Kelly made it clear on Instagram that he's been listening to Lewis' radio program for updates, posting a video showing his reaction to comments made on the Sirius show.

"Jeff, as the new guy on the block -- referring to you -- I wish we had a chance to meet," he said at the end of the video. "I'm sure there's years of noise to come from my house, so I hope we have a mutual understanding. If you ever need anything, just come knocking. Until then, I'm going to send this over your way, cheers neighbor."

The video ended with him sending a bottle of Dom Perignon across the street on a skateboard. While Lewis hasn't spoken about the peace offering yet on his show, he did re-post Kelly's video, simply captioning it, "Jeff Lewis vs MGK."

Jeff later shared a photo of the champagne MGK sent over to his page as well, showing a note reading, "What's up Jeff, let's all be friends." It was signed Colson.

MGK's famous friends got a kick out of the feud, commenting about it his Instagram as well.

"I think they're just so f--ked up that they park the car wherever it lands has me sent," wrote Noah Cyrus. Meanwhile, Paris Hilton commented with a couple of crying face emojis.

"Jeff "I'm a cool neighbor" Lewis," wrote Kaitlynn Carter, as Jax Taylor added, "I love everything about this."

Many commenters also asked for Jeff to book Kelly on his radio show. Stay tuned! 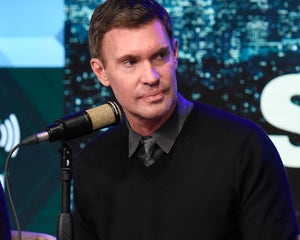