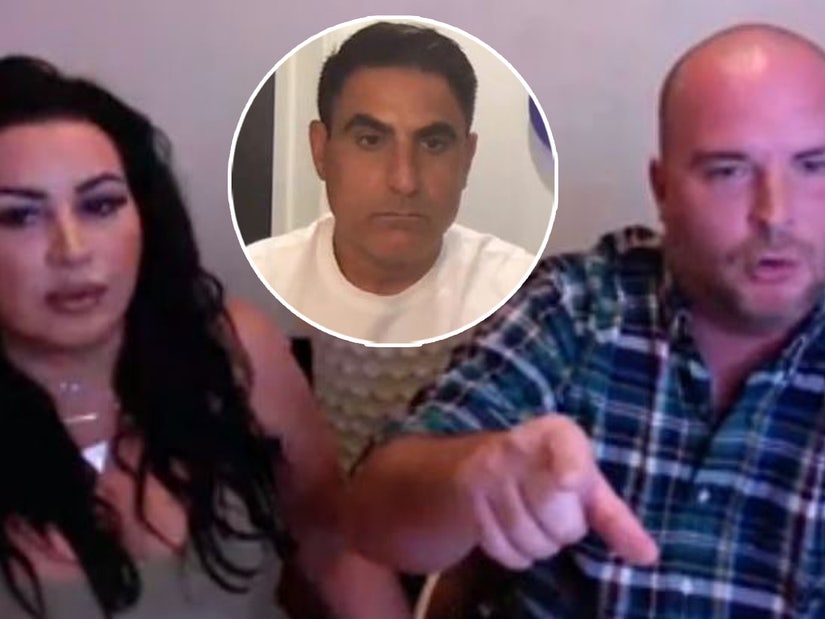 "I need the court of public opinion to know what a piece of s--t this guy is."

During an episode of "Watch What Happens Live" on Friday, the "Shahs of Sunset" star was asked by host Andy Cohen if he wanted to clear anything up, as this season of the Bravo show brought intense drama to the lives of the former BFF's of 30 years, MJ and Reza.

ICYMI, Reza exploded on MJ, saying, "Your uterus exploded cause you had ten abortions," referring to her difficult childbirth, as he believed she was the mastermind behind salacious rumors about his husband, including sexual harassment allegations. Tommy, in turn, trashed Reza's home, causing the reality star to obtain a restraining order and file a police report. And MJ was already beyond upset as Reza had not come to visit her or her newborn in the hospital.

Well, Tommy had a few things he did want to clear up -- or get off his chest, rather.

"Reza was in a bankruptcy before the show ever started," he began. "That's why there's no pre-nup ok? They are never, ever, ever getting a divorce."

"You, me, Adam could get caught playing naked Jenga at the half-time show at the Super Bowl and nobody's getting divorced, bro," Tommy told Andy, referring to the rumors Adam was playing the wood-block game sans clothes with other men while Reza was out of town.

Tommy's temperature -- and voice -- rose, as he accused Reza of stepping out on Adam, when Reza and MJ came to New York to appear on a previous episode of WWHL.

"Everybody knows that this is how they get down. The night that [MJ] came back to New York -- to do your show with him -- he banged another dude."

And, according to Tommy, Reza was all over another man at Tommy's bachelor party.

"I got fifty witnesses that saw him making out with another guy in the club."

When asked by a viewer what he thought about Reza breaking down in front of MJ at a lunch earlier in the season to ask for her forgiveness, Tommy didn't hold back again.

"I wanted to vomit. All that guy cares about is fame."

"He would kick Adam down a flight of stairs made of razor blades and broken glass if he thought it would get another season of the show out of it."

He said he would even take a polygraph to show the world he is telling the truth about Reza.

"I need the court of public opinion to know what a piece of s--t this guy is. It's something that will give me peace in my heart."

Tommy also said he never threatened to kill Reza over the phone when he was driving over to Reza's house to confront him about his "uterus" insults hurled at his wife.

Reza, however, was on Friday's episode as well, with Adam, on a separate segment, and accused Tommy of phoning in a death threat.

"He called me and said, 'Reza, you motherf--ker, I'm going to f--king kill you,' excuse my language, but I'm quoting him," Reza told Andy.

"We still are afraid of him," he confessed, answering a viewer's question about why the couple put a restraining order against Tommy.

As for the named Jenga rumors, Adam flatly denied it ever occurred.

"How do you even play naked Jenga?" he asked, perplexed.

Reza chimed in with a smile, "We have spent the quarantine trying to figure it out, though."

Adam also denied sending any naked pictures of himself to anyone, as he has never taken a "nude selfie."

As for the "inappropriate" texts sent to Ali Ashouri, who accused Adam of sexual harassment because of the texts, Adam said it was a "mutual sense of humor" that was eventually blown out of proportion.

"I was never told to stop and he actually encouraged the behavior." 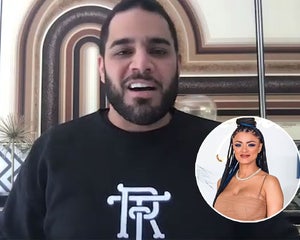 For Ali's part, he spoke with TooFab and said, "At first, it was obviously just a friendly conversation back and forth. He was sending me memes and just jokes. It was funny at first, I was responding. It was something that was just normal. And then it turned into being more sexually explicit, the content became more aggressive and it became more personal."

Meanwhile, on the season finale of "Shahs of Sunset," also on Friday, MJ and Reza's relationship blew up again after they reconciled on the previous episode.

After learning that Reza had not lifted the restraining order on Tommy, she approached him at a party and said, "I will burn this house down if you don't lift everything."

Reza explained he wouldn't do such a thing, and MJ stormed off.

'I was open to fixing our friendship. But now my fear is how are we ever going to get back there?' MJ said in a confessional.

After last night's "WWHL," it appears the fear is still there.