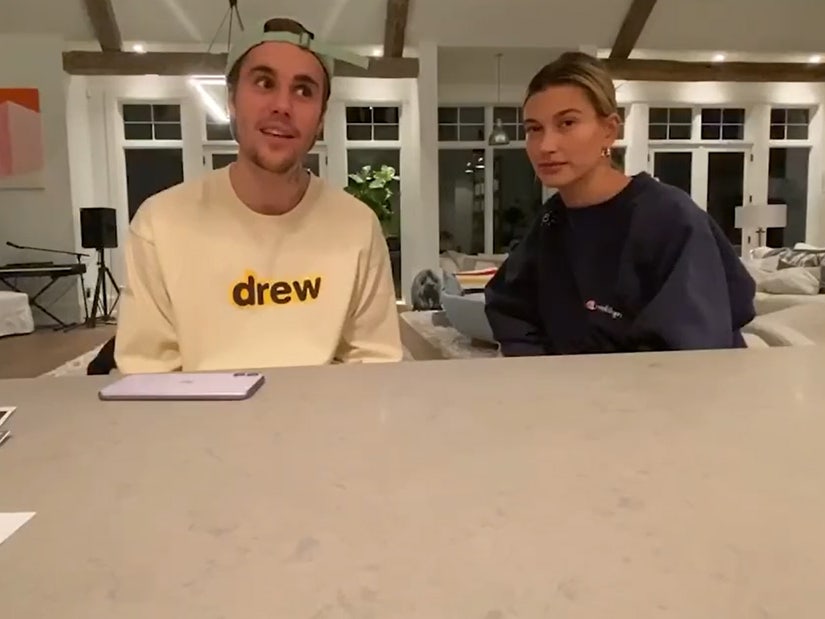 The Biebers take fans inside quarantine, as they open up about their relationship woes.

Justin and Hailey Bieber debuted the first episode of their new Facebook Watch series on Monday, where they got extremely candid about some of the hard times they went through when they briefly split before getting married.

The series, called "The Biebers on Watch," promises to give "an intimate look into" both of their lives, showing how they're coping with COVID-19 lockdown and reveal a few "inside scoops of what we've been doing."

In the first episode, the two went for a boat ride on the lake Justin fished in growing up. While on the water, they talked about their marriage and their struggles leading up to it. At one point, he asked Hailey how she regained trust and confidence in him after their 2016 breakup, saying "at the time there was so much hurt and so much pain."

"I think that one thing that's really important is that from the time you and I ended and were not on good terms, I was on my own, essentially," she answered. "I didn't just like throw myself into a relationship, throw myself into something else to try to like ... I did other things to try to distract myself and forget, but I didn't search for somebody to come take your place and another relationship or fill a void in that way."

"I really let myself feel the emotions that I was feeling," she continued. "It feels like grieving, it is grieving actually. You feel like you lose someone you really, really love and care about. I just remember I cared about you so much that I was like, it doesn't even matter to me if he's in my life, in like, a romantic way. I just care about him so much that I want us to be in each other's lives and that be okay."

Saying "it was the best thing that we took time apart" to do their own thing before they eventually reconciled, Hailey said it allowed her to find "my footing in my career and on my own and as a young adult." She also stressed the importance of working on herself before committing to another person.

Admitting she "had a lot of doubt" before they reunited and "was a little confused" when they started hanging out again, Hailey said hearing from their mutual friends about how he had changed since their split helped reassure her. 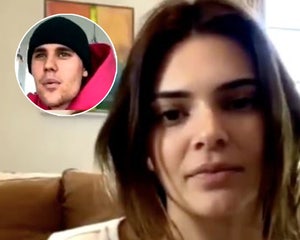 "They would tell me that you were really working on yourself and you were doing really well," she explained. "They had been really impressed by how you were living your life and you were trying to keep to yourself. You weren't on any like, f--k boy shit anymore."

Justin said they both had to forgive each other after they each "had made mistakes" in the past. He added that the were able to "give each other grace" after understanding "how much God's forgiven us and given us grace" first.

The two reunited in 2018, got engaged that same year and then had two weddings in 2019.

In the debut episode, the husband and wife duo also shared what they each considered the "best thing" about being married.

"The most rewarding thing about being married definitely is the companionship you get out of it," said Hailey. "We've had to work hard on our relationship and I think that pays off in a way that you just become so connected to each other, so close and so solid with each other. Obviously, you're my best friend."

Justin also said he liked the "security" that comes with marriage. "You were there when I was really struggling and this season ... it's really fun to experience new things with you, travel with you."

On the flip side, Justin also revealed the "hardest thing" about marriage.

"There's a lot of things I needed to work on, forgiveness things, jealousy things, insecurities that I didn't even realize I had until I chose to spend my life with you," he said. "I realized there were a lot of blind spots in my life I didn't realize that I had and that was really hard to work through those things. I think when you choose to work through those things ... you and I are closer than ever." 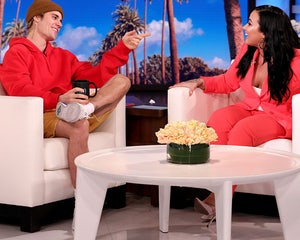