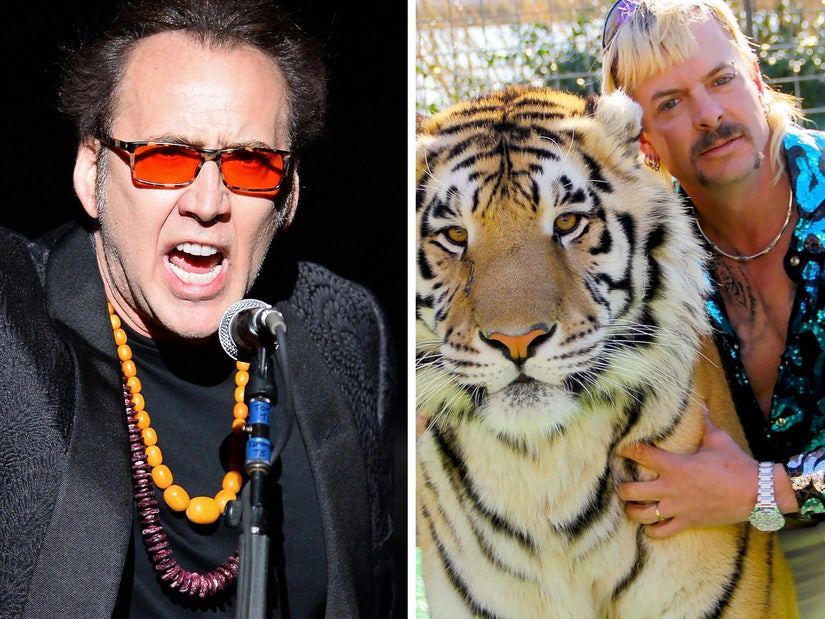 This is just genius.

Nicolas Cage is set to star in his first TV series -- and it's sure to be wild.

The actor will play "Tiger King" subject Joe Exotic -- aka Joseph Maldonado-Passage -- in an upcoming show from "American Vandal" showrunner Dan Lagana, according to The Hollywood Reporter.

The eight-episode series from CBS Television Studios and Imagine Television is reportedly based on a Texas Monthly article titled, "Joe Exotic: A Dark Journey Into the World of a Man Gone Wild."

According to THR, the show will show how Joe Exotic became the man he is today and revolve around his fight "to keep his animal park even at the risk of losing his sanity."

The article heavily detailed his feud with Carole Baskin, who will presumably also be a central figure in the series.

Cage's show is separate from another Tiger King series in the works from -- and starring -- Kate McKinnon. The "SNL" star is set to play Baskin in her own show based on Wondery's "Joe Exotic" podcast.