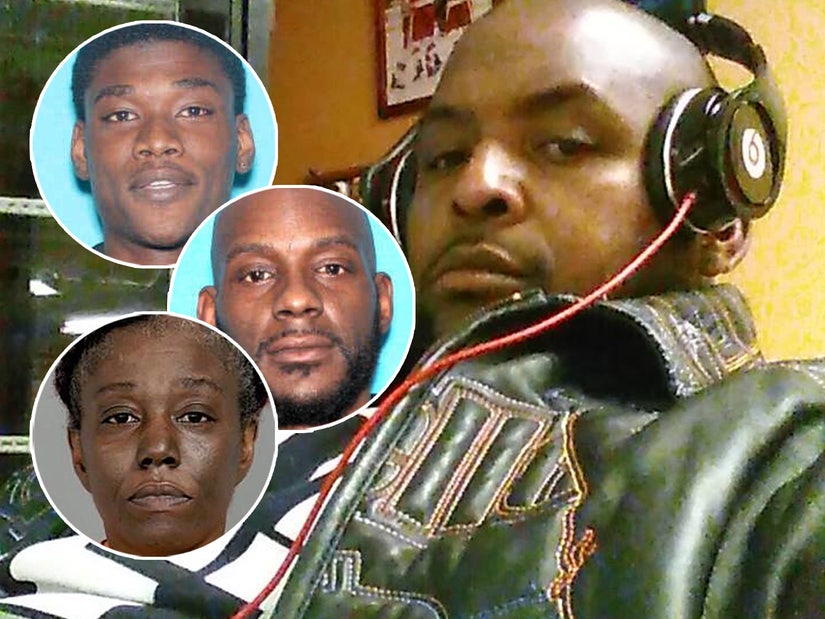 The victim leaves behind a wife and nine children.

Three family members have been charged with killing a security guard who refused to let one of their relatives into a dollar store without a mask.

Calvin Munerlyn, 43, was shot in the back of the head outside Family Dollar in Michigan on Monday after trying to enforce the store's COVID-19 safety policy.

According to Genesee County Prosecutor's Office, Munerlyn had told a woman at the store she needed to wear a mask to enter; her mother Sharmel Lashe Teague then got involved in a verbal argument with him, spitting and yelling at him, during which "he told her to leave the store and instructed a cashier not to serve her."

CCTV footage shows that immediately after the altercation, the woman left in an SUV, only for it to return 20 minutes later with Teague's husband Larry Edward Teague and her son Ramonyea Travon Bishop inside.

The pair entered the store; the older man began yelling at Munerlyn for disrespecting his wife, before the younger man allegedly shot him dead, CNN reported

All three have been charged with first-degree premeditated murder. The men also face felony firearm charges, and carrying a concealed weapon.

They are also charged with violating the governor's executive order, which decrees all customers and employees must wear face coverings inside grocery stores — the law Munerlyn died trying to enforce.

"From all indications, Mr. Munerlyn was simply doing his job in upholding the Governor's Executive Order related to the COVID-19 pandemic for the safety of store employees and customers," Genesee County Prosecutor David Leyton said in a statement.

Munerlyn, known affectionately as "Duper", leaves behind a wife and nine children. 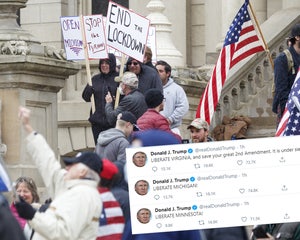 "They didn't have to take my baby and it wasn't that serious," his mother Bernadett said, according to Fox8. "All you people just have to do is listen to the law, listen to the governor. Just stay home. If you don’t have to come out, then you wouldn't need a mask unless you're out getting groceries or necessities. All my baby was doing was his job working and doing his job."

Leyton added: "Decisions like staying home when we can, wearing a mask when going to the store and staying a safe distance from those around us, these should not be political arguments. They don't necessitate acts of defiance and we simply cannot devolve into an us-versus-them mentality."

"We really need to make a commitment as a community ... to doing the things necessary to allow us to stay healthy and turn the page on this crisis altogether. If not for ourselves, we should do this for Calvin Munerlyn, who has lost his life needlessly and senselessly."

Meanwhile, police made an arrest over a separate incident at another dollar store in Michigan on Saturday, which was also captured on surveillance camera (see video above).

A man was asked by a clerk to wear a mask while in the store; in response, he wiped his nose on her shirt and told her "Here, I will use this as a mask".

Michigan was one of the three states President Donald Trump called on supporters to "Liberate" in a series of tweets last month. 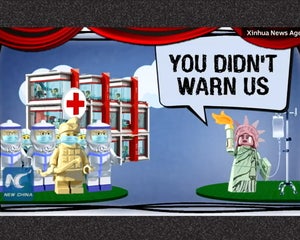