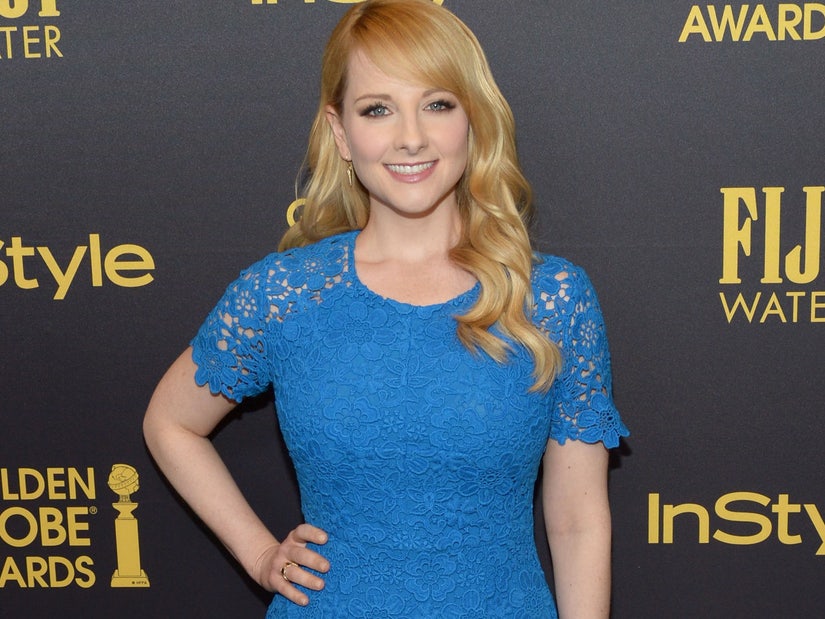 "You are not alone. All of us 'pandemamamas,' as I like to call us, are in this together," Rauch wrote.

"Big Bang Theory" star Melissa Rauch has welcomed her second child, but unlike the birth of her first, she had to go through the experience alone and during a global pandemic.

On Monday, the actress, 39, who played Bernadette Rostenkowski on the longrunning comedy, announced the birth of her baby boy named Brooks -- her second child with husband, Winston Rauch.

However, her labor was anything but ordinary, as Raunch revealed she had to FaceTime her husband during labor while he stayed home with their 2-year-old daughter, Sadie, amid the coronavirus pandemic.

Sharing an Instagram photo of a light blue beanie bearing Brooks' name, Rauch thanked the "front line heroes" for helping her bring a baby into this world at such a "surreal time."

"I am incredibly thankful and overjoyed to announce the birth of our son, Brooks Rauch, who we just welcomed into the world and directly into our hearts," she began in the caption. "His arrival was made possible, in no small part, by the front line heroes -- the nurses and doctors who show up each day to make sure that life keeps marching forward, regardless of the circumstances."

"Words can't describe how grateful I am to have this baby boy join our family, but to say that it is a surreal time to be bringing life into the world is an understatement," she continued. "Given that, I wanted to share some thoughts with other expectant mothers or 'Pandemamamas' -- as I like to call us -- who are navigating these uncharted waters."

Rauch then encouraged other "pandemamamas" to read her essay she wrote for Glamour about giving birth during a pandemic. She also offered her support to other mothers who, like herself, have had a miscarriage.

"As I've previously shared, I am no stranger to loss on the road to motherhood -- so to those dealing with infertility or grieving a loss, please know you are in my heart and I'm sending you so much love. ♥️" 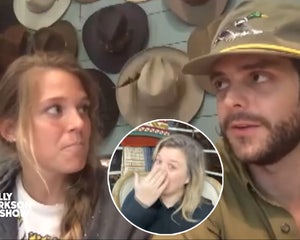 In her essay she penned for Glamour, which was published Monday, Rauch detailed her experience bringing life into the world amid the global health crisis, including the anxiety she felt in the days leading up to Brooks' birth as she knew her husband wouldn't be by her side.

"In the weeks leading up to my due date, I had been so fearful of how this would all go down," she wrote. "I'd had good days where I'd felt optimistic -- 'I can do this!' -- and other days of complete 'What kind of fresh hell are we living in?!' panic. The anxiety over giving birth without an advocate and support system in tow, compounded with the exposure concerns of walking into a hospital during a pandemic, were a lot to process. So I tried my best to prepare for a scenario I never thought I’d face: filling my hospital bag with disinfecting wipes and practicing labor breathing in a mask like I was training for a dystopian marathon."

"Being pregnant has historically been fraught with angst for women, especially for those, like myself, who've previously experienced pregnancy loss," she added. "The times we are currently living in ratcheted my worry to another level."

Though Rauch admitted, "I'd be lying if I said there weren't times during the intensity of labor that I craved the comfort of my husband being there with me physically," she realized she wouldn't be alone as she had a "partner" who had been living inside her for nine months. 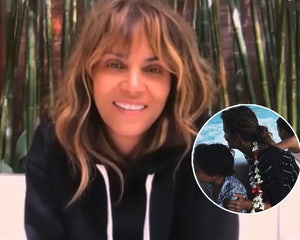 "But here's the great thing I realized about birth: It is never going to take a backseat to anything," she continued. "No matter what is going down, when one human is coming out of another human it becomes the main focus -- there's no other choice. No pandemic, or fear of being alone, or anger over not having a partner there to bitch-slap through the whole hellish gauntlet of labor gets airtime. I had a job to do. The nurses, the doctor, and my husband (who joined on FaceTime to see the birth of our son) ultimately made me feel safe and protected."

After thanking the healthcare workers, Rauch addressed her fellow "pandemamamas."

"You are not alone. All of us 'pandemamamas,' as I like to call us, are in this together," she concluded. "Just as I reminded myself, you can do this, you will do this, and you will do so with the fierceness of all the powerful warrior women before you who have brought life -- and hope -- into this world during the most unfathomable of times. As I look into my son’s eyes, I am filled with that hope. And dreams of dropping him at the mall, where, if he so desires, I will happily park as far away as possible." 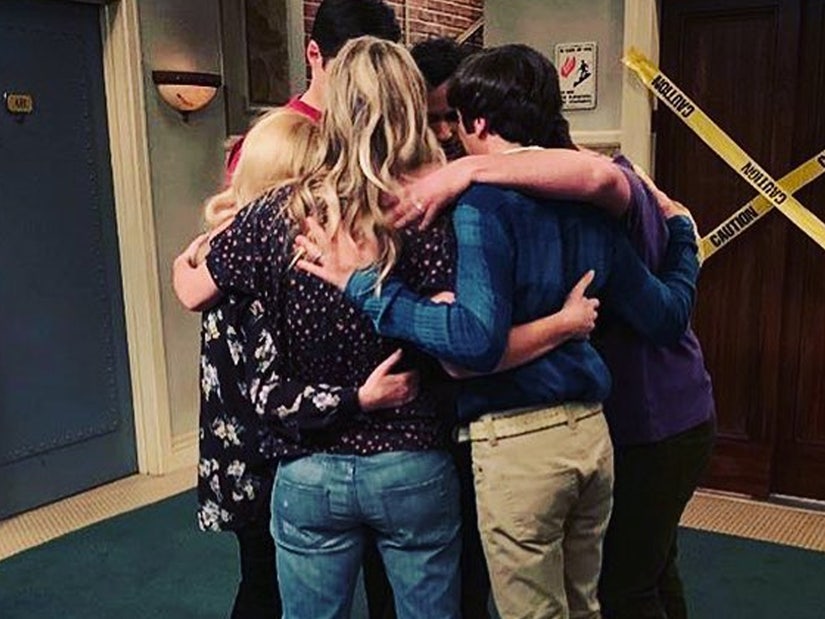