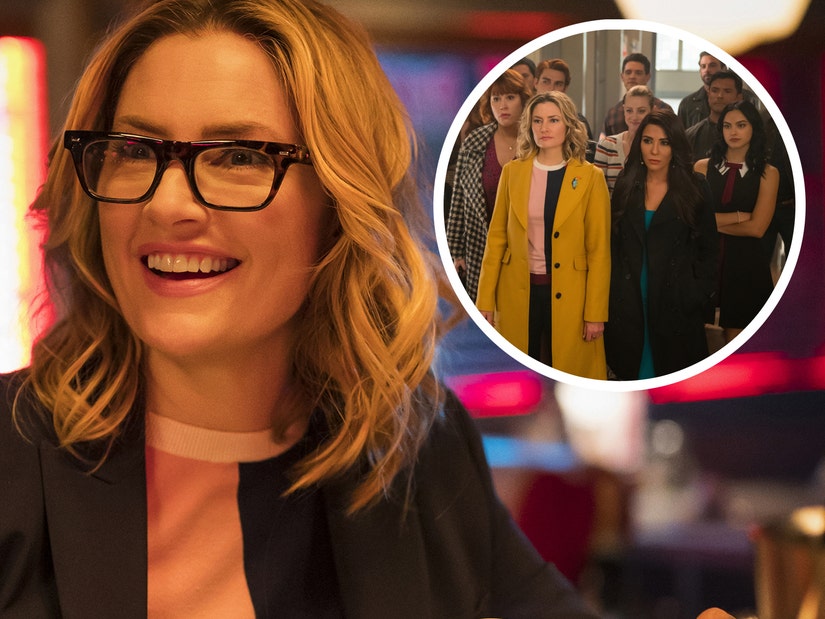 That's a wrap on Season 4 of Riverdale, which ended with more than a few strings dangling and a major cliffhanger.

Wednesday's episode of "Riverdale" wasn't meant to be the season finale, but a production shutdown due to the coronavirus pandemic brought an end to S4 three episodes sooner than expected.

Because of the lockdown, viewers never got to see the kids of Riverdale High go to prom, reveal what they're all doing after graduation or, most importantly, figure out who was behind all those increasingly-disturbing auteur voyeur videos. There also wasn't a sendoff for Skeet Ulrich or Marisol Nichols, who both previously revealed they'd be exiting the series after this season. 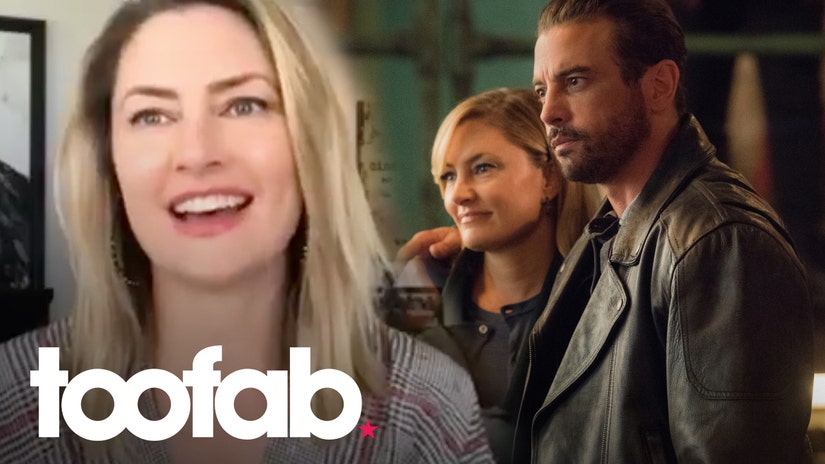 TooFab caught up with the finale's director, star Madchen Amick, who teased what could be coming down the pipeline when the show eventually returns for Season 5.

First, we have to talk about that last scene. There's Betty and Jughead watching this video, but also the video itself, which was super creepy.

Those voyeur tapes, some of them had already been established in other episodes, but this one, I got to film and I felt a big responsibility because it's not only upping the stakes in the case, but it's now going to establish what's going to happen from this point forward. I wanted to make sure we got it right.

I kept checking in with Roberto. I wanted to push the violence aspect of it, but also you have to be conscious of where it airs, the age of your audience, what's appropriate and all that kind of stuff. There were rules we had to abide by that the network sets out, standards and practices and stuff. But, thankfully, what I designed that I thought was truthfully the creepiest ended up fitting within the guidelines of what the network was comfortable with. Luckily, we didn't have to compromise anything in my opinion. I kept saying, 'Is this real or not real? What are we doing here?' And that's always going to be a gray area with Roberto and with storytelling, but I wanted to depict it like, yeah, they've upped the game. Something's really happened, not just a reenactment this time.

There was initially talk of a time jump ... do you think we'll finish this storyline in this timeline when it returns?

I never know what they have planned. We were working toward prom, we were working toward graduation, it was going to sum up the 4th year of high school for Riverdale. That's obviously been pushed to a later date, so I'm only assuming they're going to deal with that in the next season. How long this mystery was going to happen, I don't know. What was in store for Alice and FP ... that's the thing, there's a lot of speculation about time jumps and all that stuff. I know that the writers are very active and making lot of plans, if only I could be a fly on the wall.

We know Skeet is leaving the show, Marisol as well. Do you think there is hope for a happy existence for #Falice, even if he is not physically on the show?

I always sort of say jokingly, but not jokingly, there are a lot of characters we lose for many reasons. People leave town, people are murdered. But a lot of times, sometimes that guarantees that you'll have more screen time on Riverdale. Roberto loves bringing people back, I know he adores Skeet and Marisol, he's said I hope their characters can come and go depending on their availability. I don't think it's completely lost hope for Falice, but I really don't know what he has planned.

Seeing some of the fan reaction for Betty and Archie, are you prepared for what might happen with Falice shippers down the line should Alice move on with someone else?

I don't know. There's a part of me that thinks Alice should just give up relationships, it's not working. Maybe she should just become a cat lady. Or, I've been sort of teasing that maybe Alice needs to give Hiram Lodge a run for his money and run for mayor. Mayor Alice.

Or, with Hermione and FP out of the picture, that leaves Alice and Hiram both single.

That's very complicated! It would be a little bit like War of the Roses, where they're both fighting politically but there's a little bit of a chemistry thing you can deny, but you hate it, you don't want it. You never know.

Riverdale airs on The CW.