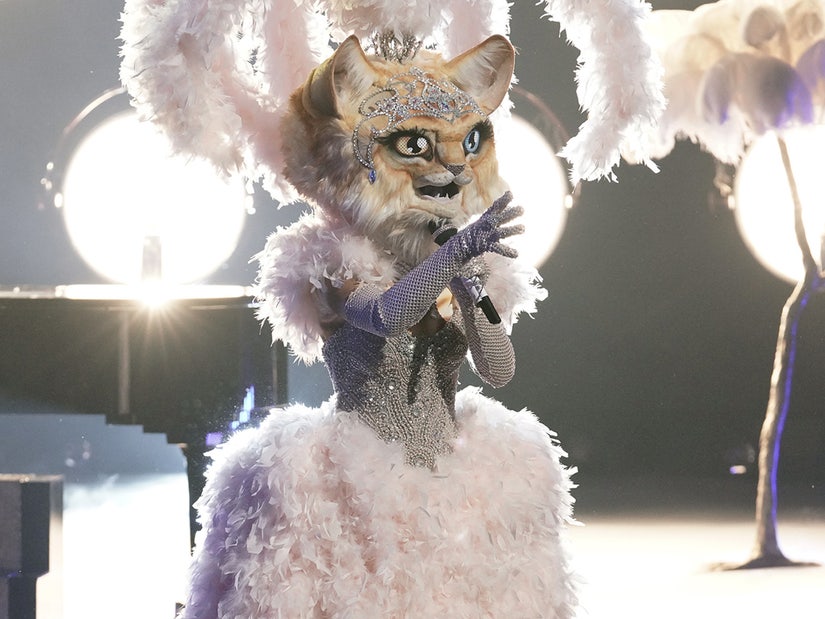 Kitty became a household name when she was just 10 years old, but is hoping to break out of the child star box.

Another week, another big reveal on "The Masked Singer."

This time around, it was Kitty who got the boot, following a performance of Amy Winehouse's "Back to Black" and a few completely incorrect guesses from our never-reliable judging panel.

In her intro package, the singing feline spoke about her desire to no longer be seen as a kid, something which haunts a lot of former child stars.

"Everyone around me didn't want me to grow up, but here I'm learning new skills I'll take with me long after," she said. "Like bravery and self-love."

Following her number, Jenny McCarthy said she saw some "new confidence" in the mystery performer. As a bow and arrow was brought out as another clue, McCarthy then revealed her guess.

"That kind of helped me out. I saw a lot of 'Wizard of Oz' clues ... and this actress/singer was in 'Legends of Oz,'" she began. "And then I saw the bow and arrow and she has an arrow tattoo and I think it's Lea Michele."

Nicole Scherzinger revived one of Jenny's old guesses, thinking it could be her "friend Vanessa Hudgens."

They, of course, were both wrong.

After she was eliminated, Kitty took off her mask to reveal herself as former "America's Got Talent" contestant-turned-opera superstar Jackie Evancho.

"I kept saying opera but I don't know any opera singers!" exclaimed Jenny after the reveal. Nick Cannon then recalled how he shared the very same stage with Jackie 10 years ago, when they were both on "AGT."

"I wanted to show a different side of myself," she said when asked why she decided to do the show. "I was stuck in this stereotype of a 10 year old girl since I was 10 years old and now I'm almost 20 and I'm glad this experience has given me a chance to break out of that."

She then thanked the judges, saying, "Without you, I don't think I would have discovered where I want to take my career and who I want to represent myself as in the future."