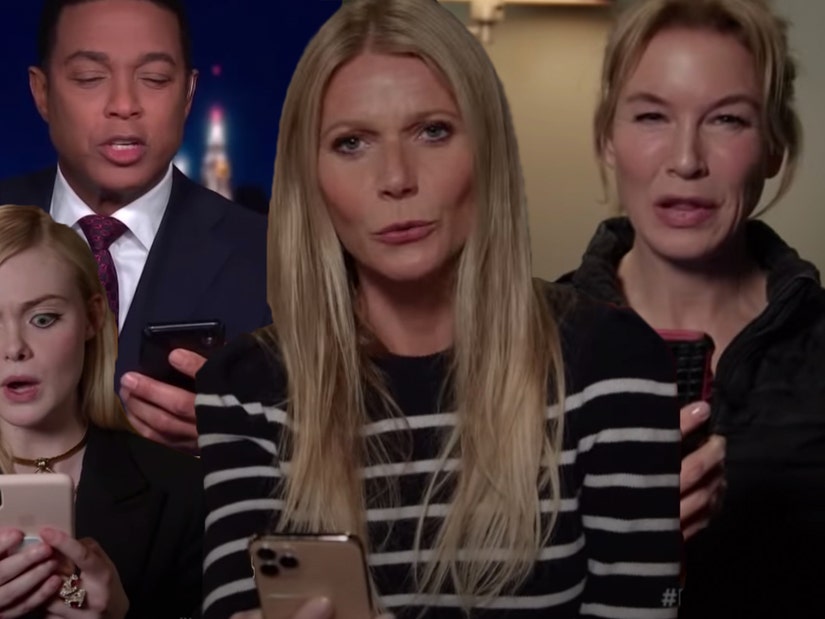 If Jimmy Kimmel's latest sketch proved one thing, it's that celebrities get rambling messages from their moms too.

In celebration of Mother's Day, the late night host recruited a ton of his celebrity guests to read actual texts they received from their mamas over the last year --- and they did not disappoint.

"Moms as we know love to text, almost as much as they love to leave long voicemails," Kimmel explained. "So over the past few months -- before the virus drove us underground -- we've been asking our celebrity guests to read real text messages from the women who brought them into this world."

Gwyneth Paltrow's mom, actress Bylthe Danner, sent what seemed like a string of unanswered messages about using her daughter's pool ... Will Arnett's mom revealed her ability to "utilize the pause button" on her remote ... and Lakeith Stanfield's mother wondered if he wanted some burritos from one of her friends. Let's just say the photo she sent with the message did not inspire confidence from the actor.

Elle Fanning got an insanely long and worried message about diving safety in pools, oceans and lakes -- warning the "TALL" actress not to "risk it at all!" January Jones' mom, meanwhile, wondered whether her daughter had ever been contacted to be part of the South Dakoka "anti-meth campaign." No, she had not.

Don Lemon and his mother messaged about the late Sal Mineo's appearance, Emily Blunt's mom shared the details of a scary vacuuming accident and Renee Zellweger mother made sure she knew she had gotten her shingles vaccine.

But it was Aidy Bryant's mother who really kept it real. After learning one of the "Saturday. Night Live" star's skits had been cut for time and viewing what aired in its place, she messaged Bryant, "That last sketch ate shit."

Happy Mother's Day to all the moms out there!