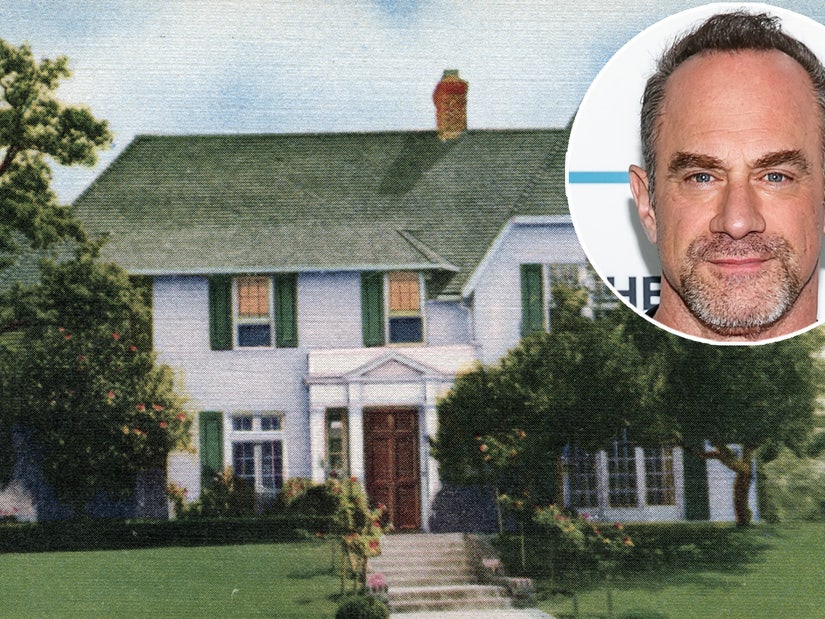 A model train, passed down from owner to owner, reportedly starts "running in the middle of the night" in the pub room.

Christopher Meloni has listed his Hollywood Hills home for sale and the estate comes with a rich, and, according to some former owners, spooky history.

The $6.5 million abode was the television home to Ozzie and Harriet Nelson on the classic 1950s sitcom, "Ozzie & Harriet." The couple called it home in real life as well, according to Variety.

It was also featured as the property of Jeremy Pivens' character, Ari Gold, in the earliest seasons of "Entourage."

But the house might be most famous for its other inhabitants, as some have claimed it to be filled with ghosts.

In a 2013 interview with The Los Angeles Times, real estate agent Billy Rose said he sold the mansion three times and each owner came back to tell him it was haunted.

He was told sheets flew off sleeping guests, locked doors would open and perfume would waft through the hallways unexpectedly.

A model train -- once owned by Ozzie Nelson and passed down from owner to owner -- sat on a track near the ceiling of the pub room and was said to suddenly start "running in the middle of the night."

"A child saw children playing in the yard and asked to join them," reported the news source. Yet, there was no one outside.

Rose told the Times, "I would always make a disclosure that there was a legend that the house was haunted."

It was reported that one buyer even brought in paranormal investigators to make sure "their purchase would be agreeable to the resident ghosts."

The ghosts were said to be cool with it.

Meloni, who has starred in "Oz," "Law & Order: SVU" and "The Handmaid's Tale," has lived in the 5-bedroom, 7-bath house for just over five years.