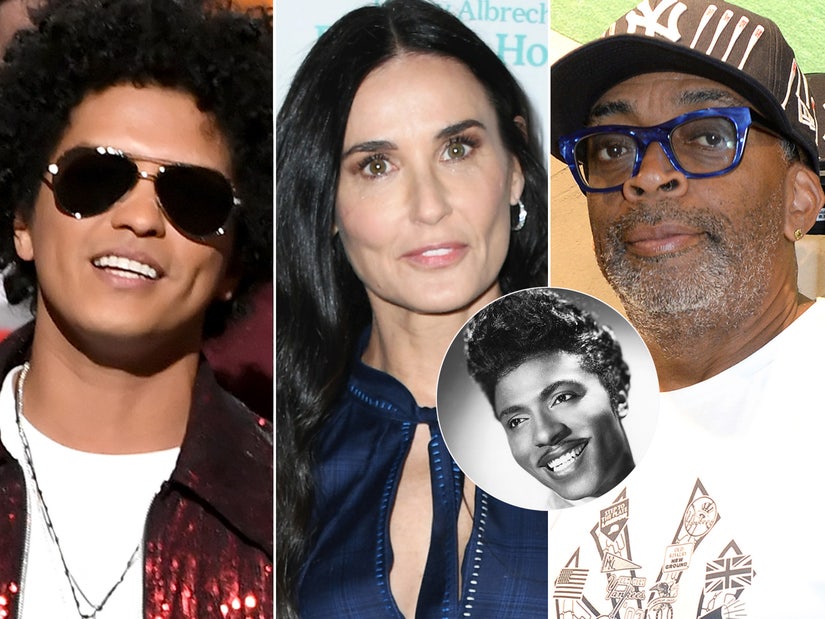 "Remembering #LittleRichard today," wrote Demi Moore. "Bruce and I were so lucky and honored to have him officiate our wedding back in 1987 -- thankful for the memories. Rest easy."

Celebrities are mourning the death of rock icon Little Richard, who passed away on Saturday at the age of 87.

Known for hits like "Tutti Frutti" and "Good Golly Miss Molly," Little Richard, born Richard Wayne Penniman, was one of the early pioneers of Rock 'n' Roll. According to Glen Alen, Richard's agent of 40 years, the musician lost his battle with bone cancer after suffering "for many years."

"Little Richard passed away this morning from bone cancer in Nashville. He was living with his brother in Nashville," Alen told People in a statement. "He was battling for a good while, many years. I last spoke to him about two or three weeks ago. I knew he wasn’t well but he never really got into it, he just would say 'I'm not well.' He's been suffering for many years with various aches and pains. He just wouldn’t talk about it much."

"Long Tall Sally"'s bass guitarist Charles Glenn told TMZ that Richard "was like a father to him" and would sometimes tell him, "Not to take anything away from your dad, but you're my son."

After news broke of Richard's death, Hollywood and beyond took to social media on Saturday to pay tribute to the iconic musician.

Demi Moore shared a throwback photo from her wedding to Bruce Willis on both Twitter and Instagram, writing, "Remembering #LittleRichard today... Bruce and I were so lucky and honored to have him officiate our wedding back in 1987 -- thankful for the memories. Rest easy." 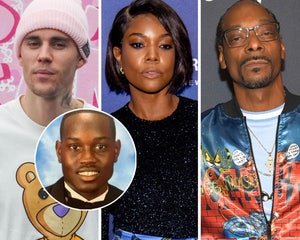 "So sad to hear that my old friend Little Richard has passed," Richards tweeted alongside a photo with the singer. "There will never be another!!! He was the true spirit of Rock’n Roll!"

Starr, one of the two remaining members of "The Beatles," posted a photo of a Little Richard album cover. "God bless little Richard one of my all-time musical heroes," he tweeted. "Peace and love to all his family."

Similarly, Rolling Stones frontman Jagger shared an image of Little Richard performing along with a statement. "I'm so saddened to hear about the passing of Little Richard," Jagger wrote. "He was the biggest inspiration of my early teens and his music still has the same raw electric energy when you play it now as it did when it first shot through the music scene in the mid 50's."

Remembering #LittleRichard today... Bruce and I were so lucky and honored to have him officiate our wedding back in 1987 — thankful for the memories. Rest easy ❤️ pic.twitter.com/MFU347Ogij

God bless little Richard one of my all-time musical heroes. Peace and love to all his family. 😎✌️🌟❤️🎵🎶💕☮️ pic.twitter.com/H2lzKbX3tm

So sad to hear that my old friend Little Richard has passed. There will never be another!!! He was the true spirit of Rock’n Roll! pic.twitter.com/yU1EJmjejU

Rest In Peace To One Of The True Creators Of Rock And Roll. This Is The Commercial I Directed With Little Richard And Michael Jordan, 1991. pic.twitter.com/51bEV1eYKB

With his exuberance, his creativity, and his refusal to be anything other than himself, Little Richard laid the foundation for generations of artists to follow. We are so lucky to have had him. Sending all my love to his family and friends today.

The Originator. The innovator. The musician, performer who influenced generations of artists....has left. You were AWESOME #LittleRichard!!! Your talent will reverberate forever. Well done sir. Rest well❤ pic.twitter.com/PsFH4SOUZy

I served soul food brunch to Little Richard every Sunday for a year while waitressing at Aunt Kizzy’s Back Porch in LA. I was a college student. He tipped me a crisp $100 bill each week on a $75 breakfast with friends. This was 30 years ago. Helped me so much. God rest his soul. https://t.co/L0vo1tPdBv

I’m very sorry to hear about Little Richard. He was there at the beginning and showed us all how to rock and roll. He was a such a great talent and will be missed. Little Richard’s music will last forever.
Love & Mercy, Brian pic.twitter.com/kcak6Rf4Re

#LittleRichard was a genius, pure and simple. He paved the way for (code for he was ripped off by)so many artists. Watch his YouTube performances to see what I mean. I met him on "Down and Out in Beverly Hills", in which he was hilarious. What a legacy. God bless you, Richard. https://t.co/Mz9UPzwYth

Sadly, Little Richard passed away today. A founding Father of Rock And Roll, his contributions simply can’t be overstated. I had the honor of meeting Richard in his later years and was awed by his presence. He told me, “I am the architect of Rock And Roll.” Amen! ..Rest In Peace. https://t.co/ceQuNU6pkF

Absolutely heartbroken this morning at also hearing the news of the passing of my bro & friend, the great Little Richard. From our connection through our mutual mentor, Bumps Blackwell, to recording “Money Is” & “Do It To It” for the $ soundtrack, to...https://t.co/jeHNYYobEP pic.twitter.com/aEJEQVuNN9

Little Richard, who was known for his flamboyant and energetic performances, has died. This old "Tutti Fruitti" will miss his style and flair. Play the keys among the stars now, sir. You will be missed.