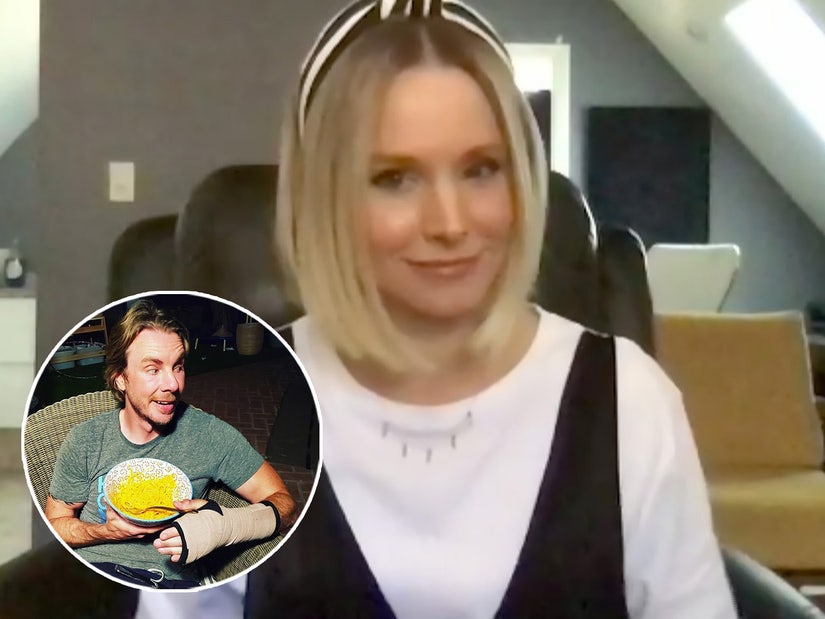 Thanks to Kristen Bell, we now know what led to husband Dax Shepard's hand injury ... and it ain't pretty.

While he's been rocking a cast on his arm for a weeks now -- and even chronicled how he removed a surgical pin from his hand himself on social media -- nobody knew how he injured himself in the first place.

Appearing on "The Ellen DeGeneres Show" on Tuesday, Bell filled in the blanks. 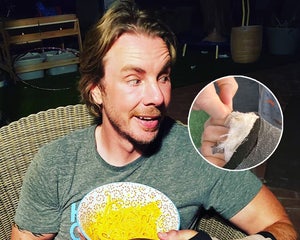 "He went on an essential off-roading trip right when the quarantine began and it was by himself but he was off-roading in the mountains and he had a buddy with him but they were in separate off-road vehicles and he got to an edge of a cliff," she told Ellen. "He's very embarrassed by this injury because the cardinal rule is you don't put your hands on the roll cage or outside the car at any time because that's the only chance of injury.”

Well, he did just that.

"He was sitting on the edge of a cliff and he put his hand up just to look out and the weight of his arm tipped his Polaris RZR over," explained Bell. "You don't get injured when you're inside them, but it did crush all the bones in his hands. Shattered." 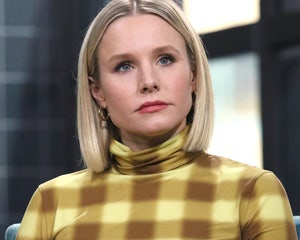 But Dax wasn't exactly upfront with his wife about what went down, refusing to call her to tell her about the accident and telling her, "I just don't want to be in trouble" when he finally did get home.

"He's never in trouble with me," she added. "I mean, I'll let you know if I'm disappointed in your actions but I'm an adult, and he's an adult, I can't get him in trouble. I said, 'You're not in trouble, but it's not the smartest move we could have made.'" Ellen agreed.

Bell explained that Dax had seven pins put into his hand but removed one of them himself when it started to "eject itself from his cast." His doctor was the one who talked him through how to do it.

So where's the pin now? Bell added that she turned it into a Christmas ornament.