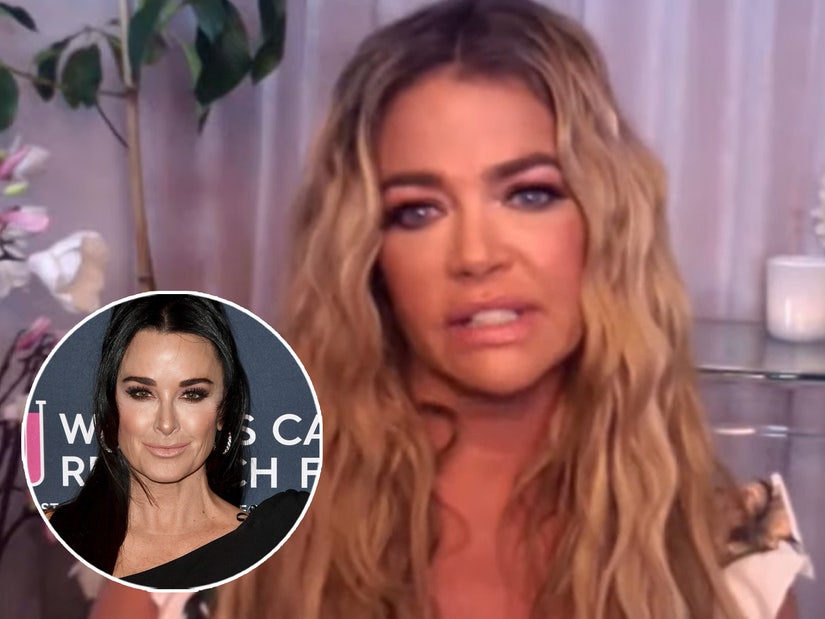 Richards also makes it clear she didn't "quit" the show and opens up about coparenting with Charlie Sheen.

Though it seems Kyle Richards and Denise Richards are at odds this season on "Real Housewives of Beverly Hills," the "Wild Things" actress still has a sense of humor about some of her costars shady comments.

In a new interview with EXTRA, Richards reacted to being called a "ragamuffin" by Kyle on the latest episode of their Bravo show, before doubling down on her claim she never "quit" the series.

ICYMI, last week's episode saw Kyle dissing Denise's style. "This one, who's never worn anything but a f--king mop top ponytail her whole life," she whispered to Sutton at one point, before calling Denise a "ragamuffin."

"It's funny, because when we do film the show, we're not always aware of what else is being filmed and what everyone has said," said Denise when asked about the comment. "I saw it watching the show that she had said that, I laughed, I thought it was funny."

For her part, Kyle admitted on Twitter it was a "not nice" statement, saying Denise is "beautiful" and blaming it on the "margaritas, exhaustion & emotions."

While Richards has already shot down reports she "quit" the show following a yet-unseen conflict with the other women regarding her rumored hookup with Brandi Glanville, Denise reiterated the fact she's not going anywhere.

"We were pretty much wrapped actually in December, and I was asked to go to two events that we had. I did not make it to those but that was the extent of me stopping filming," she explained. "I filmed as much as I filmed and I did not quit the show."

She added, "The only ones that said I quitted are some of the people on the show, and they never asked if that was true or not."

Richards was also asked about coparenting with ex-husband Charlie Sheen during lockdown, with Denise saying it's been "great" so far.

"It's pretty much the same," she said. "He lives very close to us and it's pretty much been the same thing and we're lucky we're as close as we are."