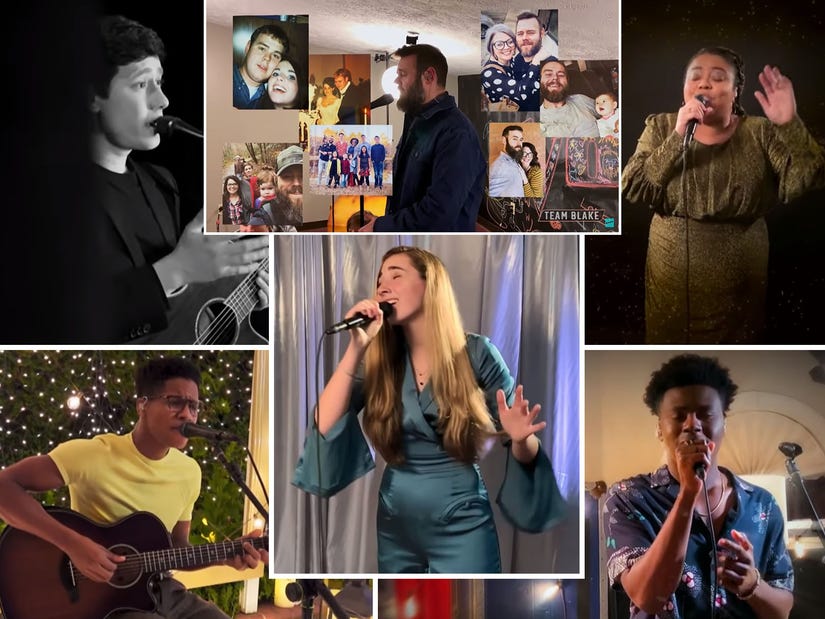 The new format advances five to next week's finale, but it could also screw over some of the season's best singers.

It's the semifinals of "The Voice," so we thought we'd check in one of the few other shows that's managed to stay in production through this pandemic.

Like "American Idol," NBC's singing competition is broadcasting from the homes of its stars and contestants alike, though they've certainly upped the production quality of the performance clips. 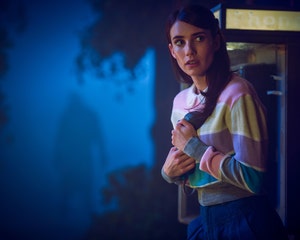 "The Voice" has always gone much further than "Idol" in stage production during its live shows, making more of a spectacle similar to what "America's Got Talent" does for its singers, and they were at it again with the video production around these final nine performances.

It certainly created some cool moments, as well as some touching ones as the show honored family, fans and frontline workers in the medical field. As one of the few shows in active production during the pandemic, it was heartwarming to see the emphasis on frontline medical workers and the value of connecting with people even as social distancing recommendations continue.

Next week, it all comes to a close with the first ever five-contestant finale! Shaking things up even more, producers decided every coach should be represented, thus the top vote-getter from each team automatically advances.

Sure, it may be nice for the coaches and perhaps the television show, but not so great for the contestants. What if all three of Blake's contestants are the three lowest vote-getters? It almost guarantees that someone who has a better night than another singer will still get the boot just because they're on a stronger team.

At least they have one other way to slide in. After the top vote-getter from each team advances, the remaining five finalists will sing in an unprecedented five-way instant-save sing-off and the winner of that rounds out the Top 5 taking it to America's vote in the finale. It's not fair, but it should be interesting.

Just for giggles, I'm going to rank the performances from worst to first to see who my favorites are. Then we can see how close America is to getting it right, i.e. agreeing with me when they vote.

("Lean on Me," Bill Withers - 19, St. Louis, MO) The winner of last week's instant save has seemingly come back from near elimination over and over again. On her third coach after Nick and John, Joanna has been stolen twice and now enjoys that four-way instant save. But this just means she still hasn't quite figured out how to connect. Did all that attention from so many coaches make a difference?

Honestly, we're just not feeling a connection to what Joanna did on this. It was a cute performance, but it felt too clinical. And this is a song that needs to soar right into hour hearts and make us feel something. Instead, we were left feeling flat. Her full-throat moments were stronger, but a glaringly missed note toward the end (we believe) sunk her chances at the finale.

("Overjoyed," Stevie Wonder - 17, St. John, USVI) It's odd, but compared to almost all of the other contestants, we've not been able to feel a stronger connection with Allegra even though we're visiting her in her home and seeing her world. There's just a strange disconnect, as if she's perhaps a bit too careful in her interviews.

This performance suffered from the same thing. First of all, you've gotta be all over it to nail Stevie Wonder, and Allegra just didn't quite rise to the standards of either the original artist or the song. This came across kind of flat (not in that she missed the notes, but just the performance left us feeling nothing. Even worse, we forgot it almost the moment it ended.

("Home," Michael Bublé - 24, Haleiwa, HA) A natural talent, Thunderstorm was a good pickup for Nick, who managed to snatch him from John in the Knockout round after he lost to Mandi Castillo ... and now he's outlasted her. We think it's because Thunderstorm comes across as such a genuine soul through his spirit and his music.

Keeping it real, Thunderstorm didn't have us in the opening few lines of this song. It wasn't until he kicked it up a half-step that we started to hear that tone in his voice that really connects and makes us believe in him. He ended incredibly strong, making a powerful statement with a very cool take on the track, but was it consistently strong enough throughout? We're not so sure. 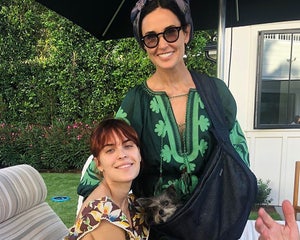 ("I Will Follow You Into the Dark," Death Cab for Cutie - 26, Atlanta, GA) In a very sweet gesture, Micah honored his coach by performing this week in tribute to her belief in him and her support of him throughout his journey on the show. His video got very cool production values, creating a true music video experience that complemented his vocals well.

As for those vocals, Micah sounded sublime and right at home on this track. More importantly, he brought the tender heart of the track to the forefront. He really does have this innate ability to emote through the camera, and hasn't suffered at all being taken from that live audience experience. He sounds like an absolute pro.

("Never Be the Same," Camila Cabello - 23, Seattle, WA) Rocking an indie-cool-chick vibe throughout the season, Zan took a real risk jumping into the pop world on this boppy Camila Cabello track, but John did a great job of helping her to steer it's interpretation more fully into her lane.

The piece allowed her to really show the ethereal quality of her head voice, which had a really lovely tone. We're not totally sold on this track with Zan's voice  and style, but she did do some cool things with it. We would have liked a little more grit and strength (she gave more in rehearsal than this final performance), but she's incredibly watchable and so, so cool on the mic.

("Because You Loved Me," Celine Dion - 44, Roswell, GA) From the beginning, Toneisha has been a singer you want to root for. She has this incredible gift that she set aside for family, and that just touches you right there. On top of that, her voice truly is world-class, as Blake put it. She makes singing tracks by artists like Celine and Rihanna and even Kelly look effortless. Spoiler alert: it is not.

Tonight, she wasn't quite as explosive as we've seen before, as if she was slightly underperforming her own potential. She hit all the right notes and had a beautiful quality throughout, but it was lacking that knockout punch we know she's capable of. Someone who should have been a lock for the finale we feel might be battling to get in at this point. Kelly did emphasize we couldn't quite hear her power through this format, so could that have been the issue? 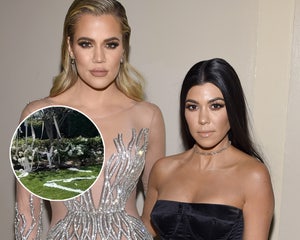 ("Rainbow," Kacey Musgraves - 22, Blythewood, SC) CammWess has an effortless voice, but he's still finding who he is as an artist. After bouncing temporarily to Team Kelly, he returned just in time for some solid advice from John about how to really stretch himself artistically and try to put his unique stamp on every cover he performs.

A very smart performance, CammWess built slowly through the track with a few shining moments to loop us back in if we were drifting. A slow that doesn't necessarily have a vocal peak suddenly found itself a vocal showcase. John is right that CammWess reminds him a bit of himself, as there is a similar sensibility there. This was confident and so controlled from start to finish.

("What Hurts the Most," Rascal Flatts - 18, Douglasville, GA) Every time Megan hits the stage, it's like she's a pleasant surprise all over again. She's so quiet and unassuming, and even in the rehearsal footage we saw, she was just good on this classic track. But then we hit the performance.

With stunning videography to help sell her strong emotional resonance through the song, Megan came out firing on all cylinders with an incredible cry in her voice and so much expression on her face. She has just a hint of rasp that creates that extra dose of ache no one her age should know or be able to express so authentically.

("Love, Me," Collin Raye - 42, Meridian, MS) "A couple of my kids are pretty feral," Pastor Todd joked by way of explaining why it is that he hits up his church for both his rehearsals and performances. It does give him an interesting angle many of his competitors don't have as he's in a venue designed to project sound, and he always has at least some sort of built-in audience.

The song is tailor-made for Todd's heart and voice and it's a testament to his sincerity as an artist that he was able to project so much love in that performance. It was absolutely stunning and heartfelt, filmed and framed beautifully with his young loved ones around him, because family is so much of what Todd represents. This is how you connect with America.

Based on the wonky format of the finale this season, with each coach guaranteed one slot and then one more joining them after a five-way battle, our rankings brought to light just what we feared, as we don't feel any of Nick's contestants really stepped up as much as they should have.

As such, Thunderstorm emerges as his strongest contender and a likely finalist, even though we feel Zan, Micah and Toneisha were all stronger than him. Alas, only one of them really has a shot if we're right about the other coaches' strongest contestants.

Todd Tilghman feels like the front-runnerto us, while both CammWess and Megan really broughout it. But we've seen some crazy things on this show (and other singing shows) when you give America a chance to chime in with their opinions. Will they get it right this time?

For the first time in "The Voice" history, five of the nine contestants will move into the finale. Find out who it is on "The Voice" results show Tuesday night at 8 p.m. ET, and then come back next Monday at 8 p.m. ET and Tuesday at 9 p.m. ET on NBC to see who wins it all!