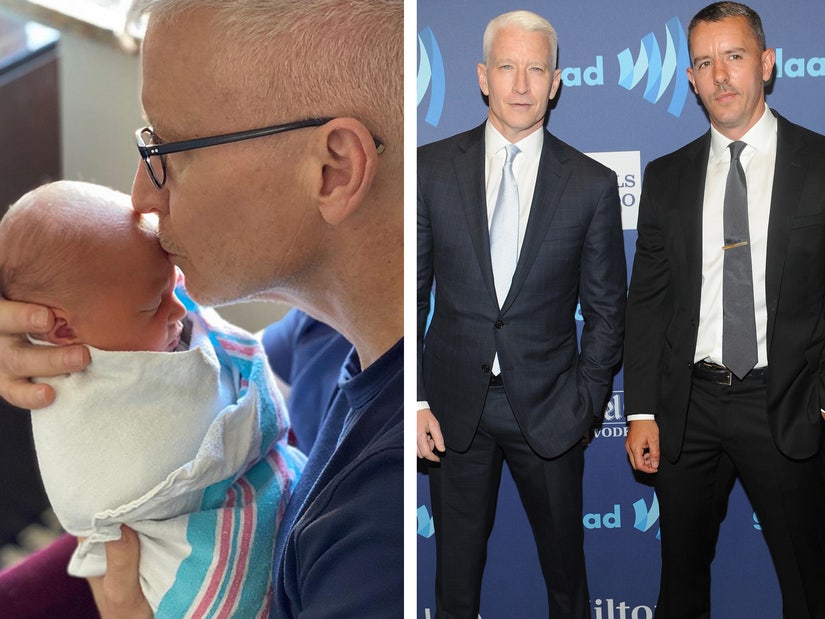 "He could be turning the kid against me," cracked Cooper.

The CNN anchor welcomed a baby boy via surrogate in April, revealing at the time that his ex-partner Benjamin Maisani would help raise him, even though they are no longer together.

Appearing on Howard Stern's radio show this week, Cooper explained that decision in more detail after the host asked why he didn't want a "clean break" from his boyfriend of 10 years.

"I don't really have a family, and so my friends become my family. And this is somebody that I was involved with for 10 years, he's a great guy," he said. "We didn't work out as a couple... but when I was a little kid, it was just my mom and my brother. But it was my mom and she was not the most parental person and I wished some adult, after my dad died, had stepped in and been like, I'll take you to a ballgame or I'll take you out to lunch."

"No one ever did that, so I thought, if something happens to me or even if something doesn't happen to me, if more people love my son and are in his life, I'm all for that," he continued, saying that his ex is "A great guy."

"I think it's good to have two parents, if you can," added Cooper, saying Wyatt will call Anderson "Dad" or "Daddy," and Benjamin -- who's French -- "Papa." Anderson said Benjamin has been speaking to the child in French already and joked, "He could be turning the kid against me!"

Cooper announced the baby's arrival on April 30, revealing Wyatt was named after his own father, who died when Anderson was 10. See the full announcement below.