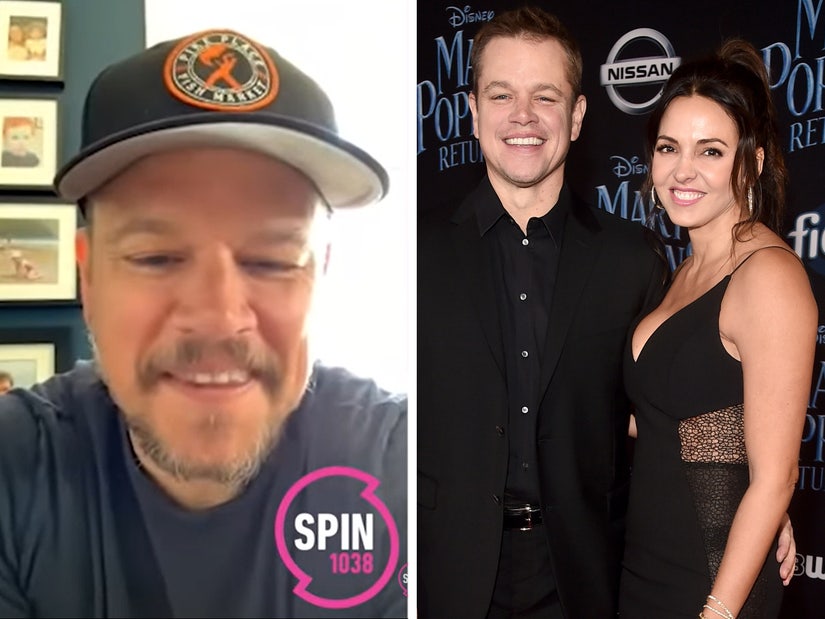 The actor also reacts to how Contagion was eerily prophetic and surprises a nurse who happens to be a big super fan.

Matt Damon was setting up shop in Ireland to film a new movie when the coronavirus lockdown began and, instead of retreating back to his home in the U.S., decided to just stay there.

The actor has been photographed in Dublin suburb Dalkey over the last couple months, prompting local radio show Fully Charged to go on a mission to get him on their program. This week, he finally came through, opening up about his family's life while quarantining nearby.

Saying he arrived in the area before the pandemic, Damon explained he was initially there for production on his Ridley Scott film "The Last Duel." While production shut down in early-March, they stayed.

"It's incredible, this is one of the most beautiful places we've ever been," he explained. "What's going on in the world is horrible ... I'm with my whole family, I got my kids, we have teachers with us because we were planning on missing school for 8 weeks. We've got what no one else has, which is actual live human beings teaching our kids."

He added that his family sometimes feels "guilty we have this incredible set up in this place."

The actor is in quarantine with wife Luciana Barroso and their three youngest daughters; Isabella, 13, Gia, 11, and Stella, 9. Their 21-year-old daughter Alexia, who Luciana shares with her ex, is still in New York City and actually tested positive for coronavirus. She'll reunite with them "at the end of the month."

"Our oldest daughter's in college. That's been shut down, but she's in New York City and she had COVID really early on, along with her roommates and got through it fine," said Damon. "But everybody's okay. For Lucy's mom and my mom, it's scary for their generation. It's frightening, certainly, for our parents." 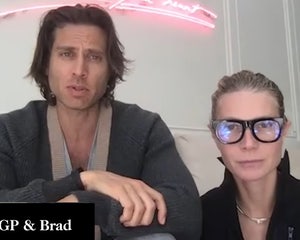 The hosts brought up how many have seen similarities between our current situation and Damon's 2011 film "Contagion," which showed how the world would react to a global pandemic.

"Anybody who said you couldn't predict this, just look at 'Contagion,'" said Damon. "10 years ago we made a movie just by talking to experts and asking them how would this look and how would it go down. It's upsetting .. the whole thing is, it's tragic and sad."

The interview ended with the hosts looping a local nurse and Damon super fan into the conversation, with the actor giving her an amazing surprise. He then took the time to thank her for all her work.

"Thank you so much for what you're doing ... this has been so horrible for everybody, but if there's any silver lining it's that hopefully people are understanding how wonderful you frontline workers are and what you guys do and the debt we owe you guys," he told her. "We will never ever look at you guys the same and that's a good thing."