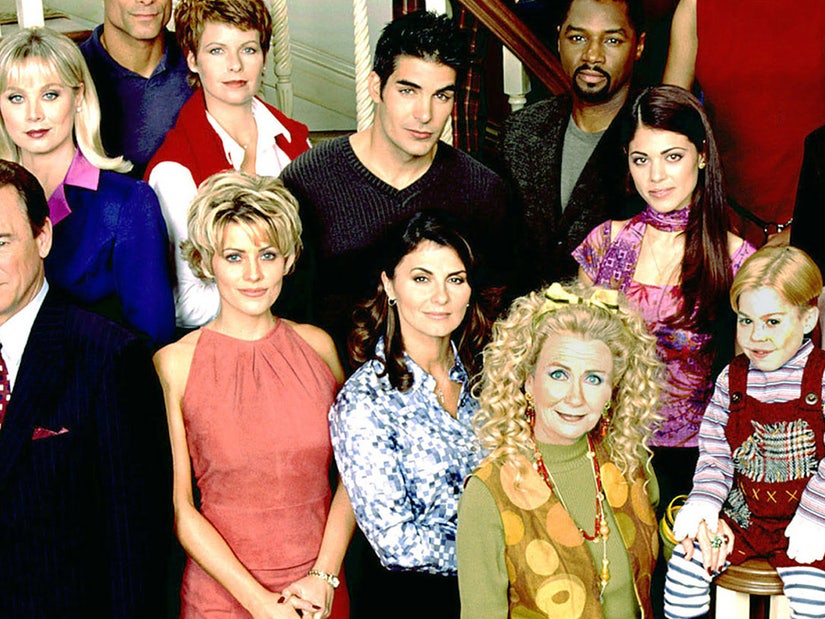 Over 20 cast members joined in and teased a potential reboot.

21 years after the show's July 1999 debut, the cast and crew of "Passions" -- one of the wildest soap operas to ever exist -- reassembled for a massive Zoom reunion.

The reunion went down on Tuesday, with over 25 former Harmony residents sharing memories from the set for a little over an hour.

Producers Richard Schilling and MK Weir were also included, while also acting as moderators for the session.

One of the best moments came when Westmore -- who played Sheridan Crane -- was asked about the series' finale, which found her ending up with Antonio Lopez-Fitzgerald and not his brother, Luis.

"It was the stupidest ending!" she exclaimed. "I hated that ending. Antonio was BS."

There was also some very telling silence from the cast when one fan wondered if there were ever any "off-camera love affairs" between any of the stars.

"Six screens just went black when you did that," cracked Dana Sparks.

When asked who would be down for a reboot, pretty much all of them gave the thumbs up, as Schilling said he'd "actually been talked to about it." He added, however, "it's not going to happen right now."

"There's a documentary coming out," he teased, "there's a new resurgence in the interest in 'Passions.'" 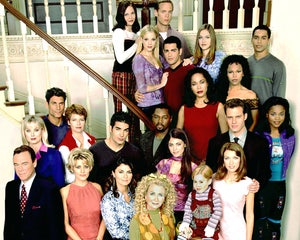 Another fan asked which character they'd love to switch places with. Westmore chose Huber's Gwen, admitting she originally auditioned for that role before being cast as Sheridan.

"I think 3 or 4 times I went in for her role," said McKenzie, before she finally read for Crane. Liza, meanwhile, said she "totally blew" her first two takes of her audition and pleaded for a third. "I sucked so bad the first two times," she recalled.

The session ended with a number of the cast members sharing some of their favorite memories from the ser.

Gering loved the show's early years, when they were all still "figuring out what the hell was going on" as portals to hell popped up like it was no big deal. "The demons in the closet ... those early days are just so memorable," he added.

Both Hartley and Sparks loved any episodes where the entire cast would be assembled in the same place, something which typically happened around the holidays.

Watch the full reunion above!