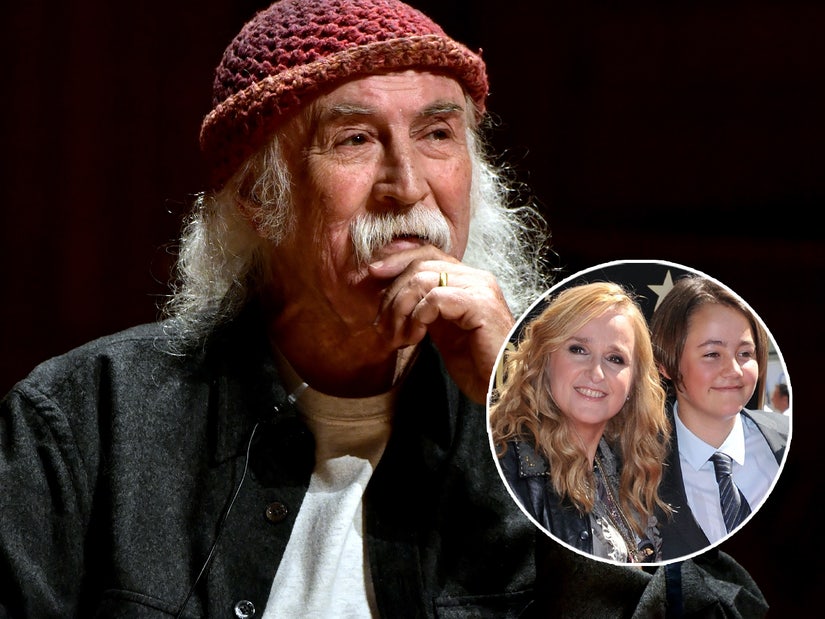 The legendary musician helped conceive her son through artificial insemination.

David Crosby, who helped conceive Melissa Etheridge's son, Beckett Cypher, has reacted to the news of the 21-year-old's death.

On Tuesday, Etheridge took to Twitter to announce Beckett, who she shared with her former partner Julie Cypher, had passed away.

"Today I joined the hundreds of thousands of families who have lost loved ones to opioid addiction," she wrote. "My son Beckett, who was just 21, struggled to overcome his addiction and finally succumbed to it today. He will be missed by those who loved him, his family and friends."

Crosby was the sperm donor who helped the former couple conceive Beckett and their daughter Bailey, 23, through artificial insemination.

The legendary musician responded to a since-deleted tweet which read, "Like most donors, he played no other part," according to CNN.

Referencing the feud between former members of Crosby, Stills, Nash & Young, a Twitter user posted to Crosby, "Wonder if even one of the CSN&Y guys will reach out to you regarding the loss of Beckett. Sure would hope that all have enough class and respect to do so. But won't hold my breath."

"I doubt it but... you never know," replied Crosby.

Founding member of the band, Graham Nash, has said in the past that Crosby is the cause of the band's fallout without detailing what happened between the group.

In a 2016 interview on "Today," Etheridge revealed why Crosby was a good choice for the sperm donor.

"It's one of the reasons why David Crosby and his wife are so perfect — because they already had children," she said. "They were looking to do this as a gift."