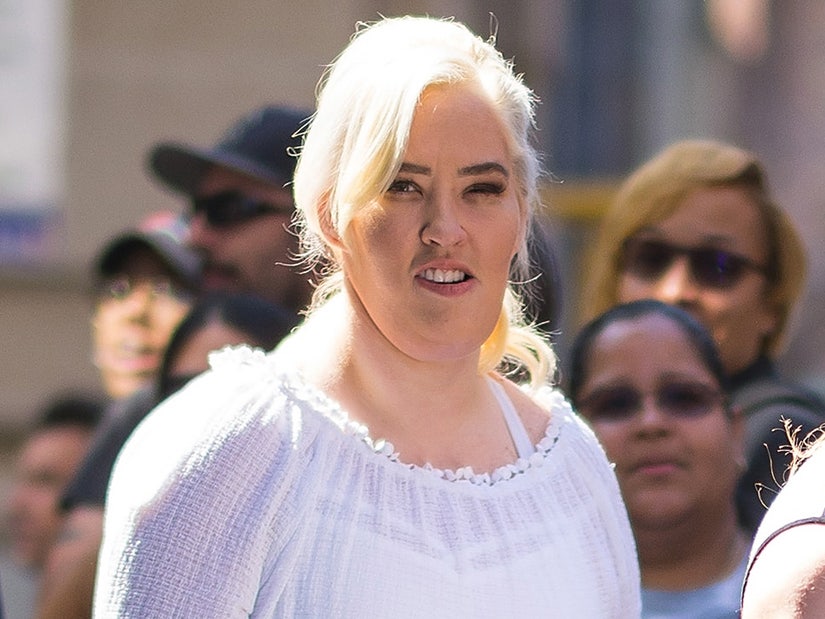 "I know some of these guys they're f--king with and they're gonna get them."

Mama June has been in trouble with the law recently and it appears she may still be in hot water.

On the latest episode of "Mama June: Family Crisis" the reality star missed her court appointment for a hearing on her March 2019 arrest for possession of a controlled substance and drug paraphernalia.

Instead of issuing a warrant for her arrest, the judge rescheduled the hearing, which June's sister, Doe Doe, chalked up to June's fame.

Later in the episode, however, Doe Doe met up with a family friend, Big Mike, who believes June and her boyfriend Geno may be running around with a dangerous crowd.

"I just heard through the grapevine that she owes the wrong people a lot of f--king money," Big Mike explained.

"Back in the day, I ran with the wrong crowd and the wrong people," he continued in a confessional. "The same people that, matter of fact, June and them mess with. I know some of these guys they're f--king with and they're gonna get them."

Doe Doe thought Big Mike could be on to something as she said, "She's selling everything. Everything in the house that's worth a dime. Maybe that's why she's selling it all, to pay them off."

Big Mike even admitted to having reservations about Geno when June began to date him, as Big Mike knew Geno previously.

Geno was arrested alongside June back in 2019 and was charged with third-degree domestic violence, possession of a controlled substance and possession of drug paraphernalia.

"June's in real trouble," Big Mike explained in the confessional. "This is some serious s--t. It ain't no make believe, it's for real."

Big Mike's suspicion about June's financial woes appeared to be warranted as the episode ended with Pumpkin, June's daughter, receiving an alarming text from her mom.

June warned Pumpkin and youngest daughter, Alana, aka Honey Boo Boo, that they should be careful as there may be people coming "after them" to collect on her debts.

Pumpkin and the rest of the family decided it was best to go stay in a hotel for the time being as they packed up their things and took off with the help of the show's producers.

Tune in next week to find out if the family goes into hiding!