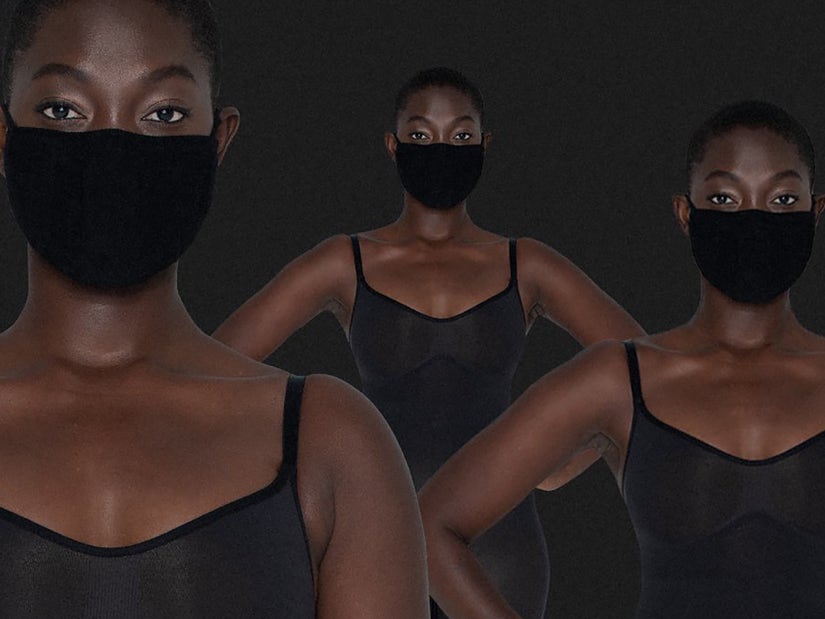 The reality star promoted her new line of face masks on Twitter, describing them as coming in "5 shades of Nudes," but one of those five colors is solid black, described as "onyx" on the SKIMS website.

Kim Kardashian may have been trying to be fashion-forward with her new line of face masks, but many see the reality star as taking at least two steps backward in describing a solid black face mask on an African-American model as "nude."

The masks do indeed come in five different shades, with four of them arguably coming close to various skin tones (described on her website as sand, clay, sienna and cocoa). But the last one, described as onyx on the website, certainly appears to be solid black. 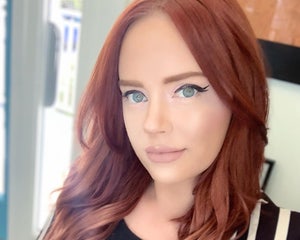 This would be fine if she had described them as face masks in various shades or colors, as she did elsewhere, but it was her choice of the word "nude" in this particular tweet -- and the fact that she chose a black model to highlight the "onyx" mask -- that raised eyebrows and outrage online.

On her website, there is a white model wearing the "onyx" mask, and on Instagram she described the masks plainly as coming in "5 colors." It was when she shifted to Twitter that she caught ire for a post that is still up after two days.

She followed that tweet with another promoting the masks, using more generic terms, and then another touting that they had sold out already and are being produced as quickly as possible to get them back in stock (they are still out of stock as of this writing).

She has since moved on to promoting her "summer mesh" line, which also comes in "onyx" shade. But this time, Kim is modeling the pieces herself and there is no mention of nude.

It's certainly possible that the whole thing was a simple mistake on Kim's part, who didn't fully realize what she was saying with that word, but many online see it as an example of "casual racism," and one that Kim should know better about considering her husband and children are black.

Is she even aware of the outcry? The "nude" term was used on her personal Twitter feed to promote the SKIMS line, and that tweet was retweeted by the official SKIMS account.

Both tweets are still active and both are filled with comments about how offensive they are. None of the comments have been responded to in any official capacity. TooFab has reached out to representatives for Kim Kardashian for comment.

This isn't Kim's first time courting controversy for perceived racism with her SKIMS line. The line's very name was originally envisioned as Kimono, before calls of cultural insensitivity and appropriation saw the reality star shift to the SKIMS name.

Controversies aside, the new line of face masks reportedly sold out in less than 30 minutes. At the same time, Kim announced that her company was donating 10,000 of their masks to four different charities: Baby2Baby, Good+ Foundation, Los Angeles Regional Food Bank, and National Domestic Workers Alliance.

You can check out some of the reactions to Kim's promotional tweet below: 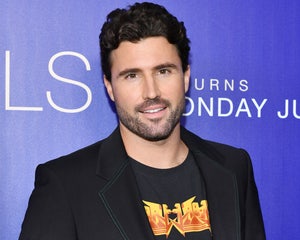 Kim,
Are you really calling these nudes? I'm black and I would have to work on the sun for 100 years to get as dark as the last mask. How about you call them something else. Unless you designed it for Venom! pic.twitter.com/04sPi4iA71

The nude shade for the Black model is inaccurate, offensive, and culturally out of touch.

You literally made the black models mask TOTALLY BLACK. You do realize black people aren’t the color black like white people aren’t paper white? The other skin tones are fine but why couldn’t you make a dark brown color?

kimberly don’t you have a darkskin husband and black kids as you call them? isn’t every single black man involved with your family a darkskin? why did no one double check this before you posted it? ditch your yes men they’ve already let you slip up once.

Out of curiosity, do any Black people work for this company?

Did anyone else look up the definition & colors for Nude after seeing this or- pic.twitter.com/gZz7ghOd6x

No no no Kimmy! Match my face for real. Ask Ye for photos of his cousins and get some real brown skin tones pic.twitter.com/9NzenRZu0P

for everyone confused about how black isn’t a shade of nude: imagine if they made BLACK liquid foundation makeup and that model applied it to her face.