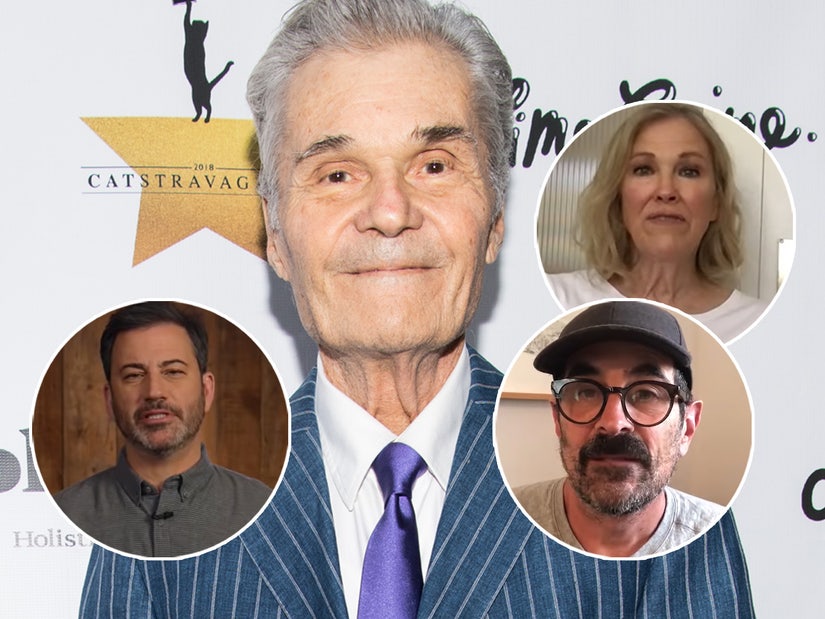 Fred Willard was clearly beloved by many in Hollywood, with Jimmy Kimmel recruiting some big names to honor the actor following his death.

Forgoing a monologue to instead pay tribute to Willard, Kimmel explained that Monday's episode would be a "special show" dedicated to the late funnyman.

"It'll be a sad show but we will also laugh a lot as we pay tribute to a lovely and genuinely funny man named Fred Willard," he began.

Explaining that he grew up watching Willard on "Fernwood 2 Night," Kimmel considered himself lucky to have seen the "light inside of" Willard when he became a regular cohost and sketch actor on "Jimmy Kimmel Live."

Sharing a story about how Willard was upset at one of their shoots after his wife threw away their Christmas tree -- six months after the holiday -- Kimmel said the actor was just "like a Christmas tree in June."

"A little weird, familiar but still surprising to see it, full of good memories and you're just instantly happy that it's there," he added.

The late night host then enlisted the help of Willard's famous friends to share their own touching tributes.

Saying she was "scared out of [her] mind" to do improv in "Waiting for Guffman," Catherine O'Hara said she "had no choice but to go and surrender to Fred's will." Calling him a comedy genius, she said it was his idea for her to wear hideous jumpsuits throughout the movie. "Thank you, Fred," she added, "God bless you.

Ty Burrell, who played Fred's son on "Modern Family," said he was "heavily influenced" by the actor's "style as a performer and his good natured obliviousness." He added "there would be no Phil Dunphy without Fred Willard."

"Fred was his good natured, hard working self all the way to the end," he continued, clearly emotional. "On our wrap day I tried very poorly to tell him how much he meant to me and how much he had influenced my career and he just smiled and said, 'I'll see you on the next one.'"

Christopher Guest celebrated Willard's "rare talent," Eugene Levy called him "the nicest man you would ever want to meet" and Martin Mull said his death "leaves a hole that will not be filled by anybody."

Julie Bowen, Ray Romano and Norman Lear all shared some of their memories as well, with Lear saying, "I never enjoyed anyone more in my lifetime in the entertainment business than I enjoyed Fred Willard."

"My father passed away very peacefully last night at the fantastic age of 86 years old," his daughter told TMZ. "He kept moving, working and making us happy until the very end. We loved him so very much. We will miss him forever."