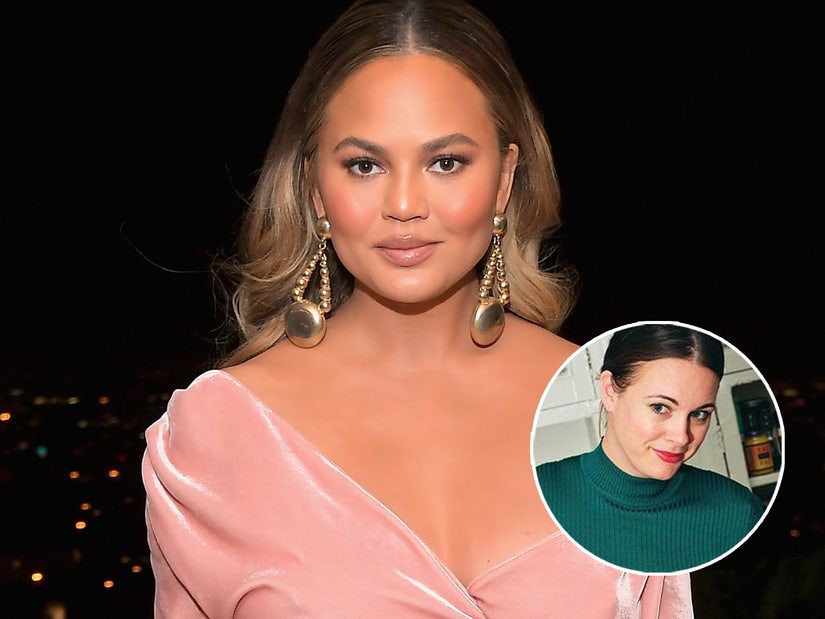 A fan also asked if Chrissy's "beef" with Alison was "squashed."

Chrissy Teigen responded to the news that Alison Roman's New York Times column has been suspended following their feud.

Earlier this month, Roman received backlash after she slammed Teigen's cooking brand during an interview with The New Consumer, claiming the meteoric rise in popularity of Teigen's Cravings Instagram "horrified" the author.

The supermodel took to Twitter to reveal she was "bummed" and how the critique hit her "hard," as she has been a longtime fan of Roman.

On Tuesday, a representative for NYT told The Daily Beast that Roman's popular column is "on temporary leave."

The Daily Beast also reported Roman had another NYT piece ready to publish amid the scandal, but it never saw the light of day.

The NYT rep did not specify the duration of the leave or the specific reasons behind the decision.

Following the news of Roman's suspension, Teigen responded to several social media posts about the scandal, including one asking if the women's "beef" was "squashed."

"I hope we can laugh about it one day but I'm not happy with the NYT leave so she def can't laugh about it yet," she responded on Tuesday. "It just sucks in every way."

When NYT columnist Bari Weiss tweeted Roman was "cancelled" after "criticizing a celebrity," Teigen replied, "I don't like this one bit. I'm doing what I can (off Twitter) to make that known."

You used to have to do something real to get cancelled. Apparently now you just have to criticize a celebrity! https://t.co/lvoB4TBzLA

I don’t like this one bit and I’m doing what I can (off Twitter) to make that known.

Roman has yet to respond to the news of the suspension or to Teigen's latest online offerings, but she did issue an apology to Teigen on her Instagram account last week.

"It was stupid, careless and insensitive," Roman wrote. "I need to learn, and respect, the difference between being unfiltered and honest vs. being uneducated and flippant."

For her part, Teigen accepted the apology and made light of often getting critiqued by the public.

"Thank you for this," Teigen tweeted to Roman. "To be clear, it never once crossed my mind for you to apologize for what you genuinely thought!"

"The comments stung, but they moreso stung because they came from you! It wasn't my usual news break of some random person hating everything about me!"