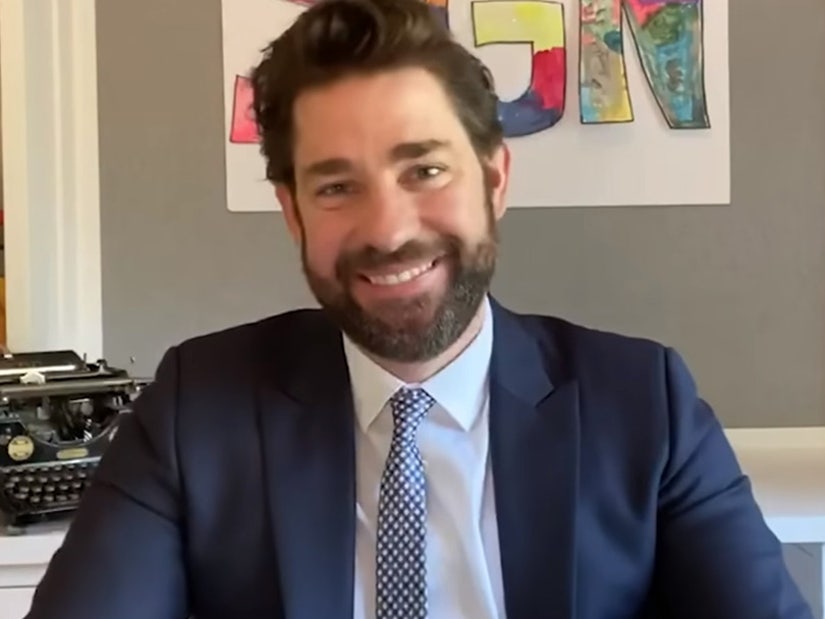 The "Quiet Place" star's quarantine YouTube series quickly went viral with huge moments like a star-studded virtual prom and surprise reunions for "Hamilton" and "The Office."

It was good news for awhile, but apparently -- as with everything -- it was too good to be true. Fans of John Krasinski's uplifting "Some Good News" YouTube series were hit with some good news/bad news on Thursday.

It was revealed that the "Quiet Place" and "Jack Ryan" star had sold his solo venture to ViacomCBS as a potential new series for its CBS All Access streaming platform.

The streamer is looking forward to a rebranding and dramatic expansion of content over the summer now that Viacom and CBS have reunited.

A big part of that, apparently, will be the inclusion of Krasinksi's little show that could, a show he co-created, wrote, produced and starred in from his house over the span of two months to bring some light and joy into people's live during the ongoing coronavirus pandemic.

The show quickly generated huge viral moments, including a star-studded virtual prom and virtual reunions for the casts of "Hamilton" and Krasinski's own "The Office," which probably had a lot to do with the reported pricey bidding war that ViacomCBS ultimately won.

"From the first episode, our goal was to create a news show dedicated entirely to good news," Krasinski said in a statement received by Variety. "Never did I expect to be joining the ranks of such a historic news organization as CBS."

Krasinksi wrapped the latest episode of his series on May 17 with a note that this would be the final "SGN" for a while. What he neglected to tell his millions of fans, though, was that this would be his last "SGN" as host ... period.

As part of the announcement that the series was being picked up to become a pivotal part of the CBS family, it was added that Krasinski would not stay on as host. Nor would he, obviously, write, produce and film the series himself (with wife Emily Blunt).

While he would stay on as executive producer, and presumably get a creator nod (along with Allyson Seeger, his partner at Sunday Night Productions), the show itself will no longer be a one-man operation. 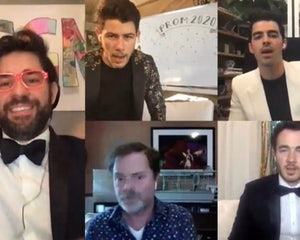 Fans can have some consolation in the announcement saying that Krasinski is expected to maintain some sort of "recurring on-air presence," so his voice and vision will still be involved in whatever iteration the show evolves into.

While we've seen how different at-home editions of talk shows like "Ellen," "The Tonight Show" and "The Late Show" are from their studio counterparts, we've really no idea what a studio-produced "Some Good News" might look like.

Combine that uncertainty with the fact that the smiling face at the center of the show will be different, the set will be different and -- we can only assume -- the production budget will be significantly higher (Krasinski has funded "SGN" mostly himself), we've really no idea how recognizable "SGN" will even be when it returns. 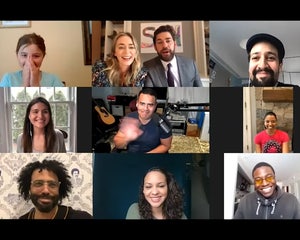 The new series is being produced by Comedy Central Productions with an eye on landing weekly at CBS All Access. But the deal is hoping to expand beyond that even with additional short-form content for other outlets, including CBS News and other ventures. After all, while the show's focus is on good news, it is still news.

While there was a hefty bidding war for the series, it's possible that Krasinski's existing relationship within the CBSViacom family helped seal the deal. Not only does he star in Paramount Television Studio's Amazon series "Jack Ryan," but his "A Quiet Place" franchise has been a huge hit for Paramount Pictures.

For now, fans of "Some Good News" -- as they've come to know it and love it -- are in shock and mourning that the Krasinski-led series has come to a close. But at least they can rest easy knowing that "Some Good News" is still on the way ... in some format or another.

But it will never be the same.