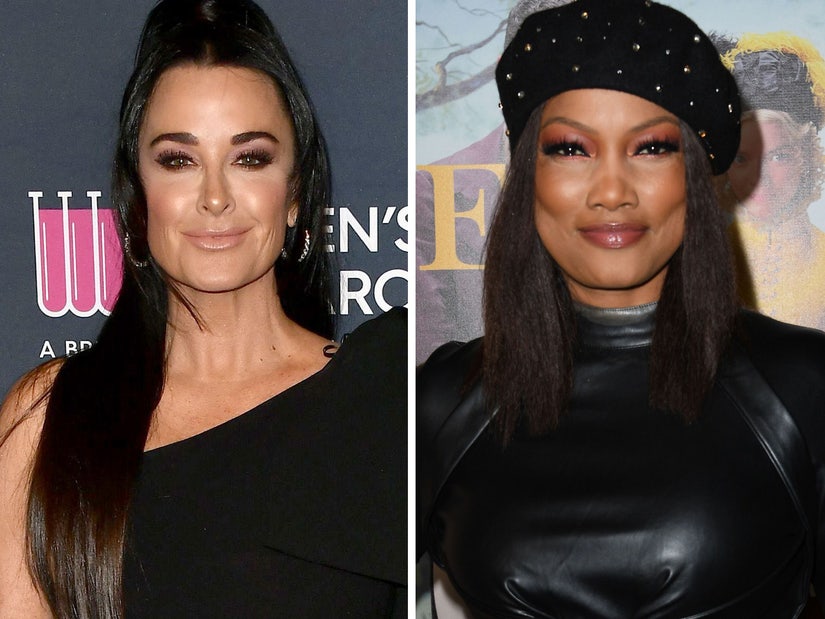 Kyle clapped back at her co-star as she live-tweeted "Real Housewives of Beverly Hills."

Kyle Richards did not take kindly to being insulted by Garcelle Beauvais during last night's "Real Housewives of Beverly Hills."

The OG of the popular Bravo show has taken to tweeting while watching each episode to the delight of her fans, as she can comment on what transpires between the ladies when she wasn't filming with them.

And Wednesday's offering gave Kyle a chance to clap back after Garcelle started talking trash behind her back during a car ride with Denise Richards and Lisa Rinna. 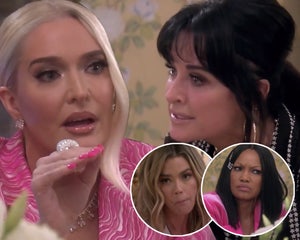 "Not that I need to be validated by Kyle," Garcelle began after claiming Kyle "glazes" over her. "But I just feel like I've said things and she didn't even reply."

Then Garcelle dropped a shade bomb on Kyle's wardrobe choice for the evening.

"And what she was wearing tonight was hideous."

While Denise jumped on the bandwagon and agreed that Kyle has done the same thing to her, the "Halloween Kills" star began tapping away on Twitter, criticizing Garcelle's own ensemble.

"Garcelle snickering that my outfit is hideous while wearing stretchy purple knee high boots with a pink suit dress … that her stylist picked for her #rhobh," she posted.

However, Kyle quickly deleted the tweet and explained why after a fan questioned her motive.

"I deleted it because I didn't think it was nice," she wrote.

Kyle did, however, keep her tweets posted in which she defended herself against Garcelle saying she wasn't very welcoming to her.

I deleted it because I didn't think it was nice

"I'd only seen Garcelle the few times you have seen us together on #RHOBH and got along great. Dinner at my home we sat in the same chair laughing & having fun," she posted. "I have been nothing but nice to Garcelle. Go back and watch the prior episodes #rhobh."

As for Lisa not standing up for Kyle as Garcelle and Denise were bashing her during the car ride, the actress had something to share online as well.

"Trying to think of one time anyone defended me. Like maybe now would be a good time Rinna #rhobh."

TooFab will keep you posted on Kyle's live-tweeting next week's episode of "RHOBH" as her BFF Teddi Mellencamp goes head-to-head with Dorit Kemsley.