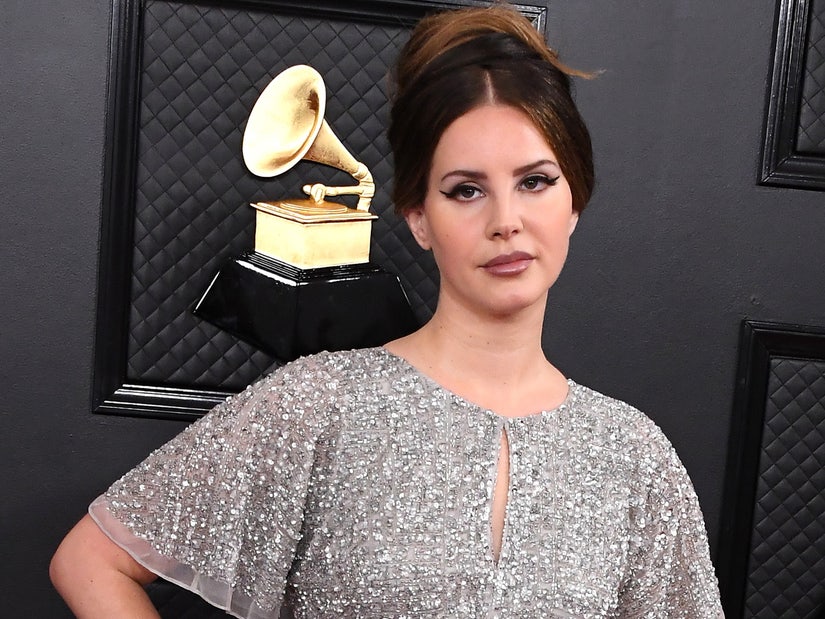 "I could've literally said anyone but I picked my favorite f--king people."

Lana Del Rey responded to claims she unfairly compared herself to fellow female singers -- most of them women of color -- and, while doing so, insinuated she has been treated much worse than them by critics.

In her original post in the wee hours of Thursday, she mentioned "Doja Cat, Ariana, Camila, Cardi B, Kehlani and Nicki Minaj and Beyoncé" as fellow female artists who have number one singles about "being sexy, wearing no clothes, f--king, cheating, etc."

She then asked if she could "go back to singing about being embodied, feeling beautiful by being in love even if the relationship is not perfect, or dancing for money — or whatever I want — without being crucified or saying that I'm glamorizing abuse?"

Taking to the comments section of her own post and to her Instagram Live later in the day, Del Rey clapped back at the massive online backlash.

"To be clear because I knowwwwww you love to twist things," she began. "I f--king love these singers and know them. that is why I mention them. I would also like to have some of the same freedom of expression without judgement of hysteria."

In response to critics who focused on her apparently singling out mostly female artists of color, Del Rey said: “Bro. This is sad to make it about a WOC issue when I'm talking about my favorite singers. I could've literally said anyone but I picked my favorite f--king people."

"And this is the problem with society today, not everything is about whatever you want it to be. It's exactly the point of my post -- there are certain women that culture doesn't want to have a voice it may not have to do with race I don’t know what it has to do with. I don't care anymore but don't ever ever ever ever bro - call me racist because that is bulls--t."

The Grammy-nominated performer wasn't finished just yet attempting to explain herself.

"By the way the singers I mentioned are my favorite singers so if you want to try and make a bone to pick out of that like you always do be my guest, it doesn't change the fact that I haven't had the same opportunity to express what I wanted to express without being completely decimated and if you want to say that that has something to do with race that's your opinion but that's not what I was saying."

She concluded her fiery rant by writing, "When I said people who look like me -- I meant the people who don't look strong or necessarily smart, or like they're in control etc. it's about advocating for a more delicate personality, not for white woman -- thanks for the Karen comments tho. V helpful."

After her original post circulated early Thursday morning, Twitter blew up, with "Lana" the number one trend, as followers were quick to call out Del Rey for glossing over the condemnation the other singers have had to endure.

"Lana blatantly ignoring the criticism Beyoncé, Nicki, and other black women have received (and continue to) for being confident in their sexuality doesn't sit right with me. Commercial success hasn't made them exempt from misogynistic attacks masked as constructive criticism," wrote a follower.

Lana blatantly ignoring the criticism Beyoncé, Nicki, and other black women have received (and continue to) for being confident in their sexuality doesn’t sit right with me. Commercial success hasn’t made them exempt from misogynistic attacks masked as constructive criticism.

Another shared, "Think Lana's post would have been fine if she hadn't compared herself to a group of mostly black women with the clear tone that she thinks she's been treated worse by the media when that's observably untrue."

Others noted the personal attacks the other performers have had to battle.

"Beyoncé was threatened to get lynched because she dared to sing about police brutality, Ariana got death threats for the death of her boyfriend that she had no control over. Kehlani got death + rape threats for a breakup song. All the women Lana mentioned have been through hell."

Dear Lana it's never been a Lana Del Rey only problem, Beyoncé is still getting hate for every move she does, women are still struggling to fully express themselves. And the crazy thing is most of the hate is coming from women and privileged white feminists. pic.twitter.com/Vya1FJ2ZsY

As most of the backlash dealt with Del Rey predominantly naming singers of color, fans questioned why most of the popular white performers were left out.

"She aimed her question to 'the culture' and then proceeded to name black women specifically (and Ariana/Camila) who make R&B, Hip Hop and Urban music. Why is that? Why not Taylor? Billie? Adele? Gaga? Katy? Dua?… Why specifically the 'urban' girls?"

Del Rey did have some support, however, in the growing pool of Twitter umbrage.

"This cancel culture is disgusting. I admit she maybe shouldn't of named the singers but she was trying to point out how unfairly she gets treated by critics. Lana isn't a 'racist' and doesn't deserve this much hate she's getting, please think before you spread hate!"

TooFab has reached out to Del Rey for comment.