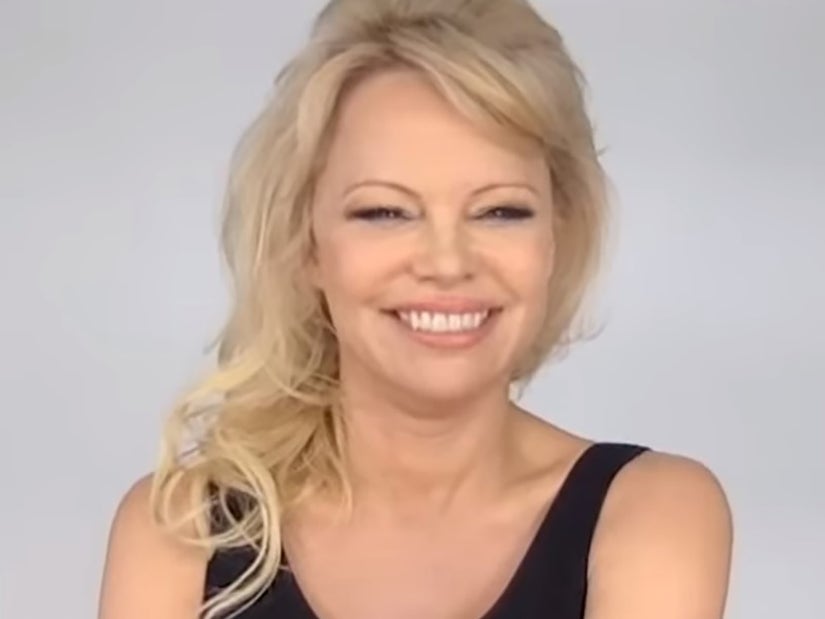 The blonde "Baywatch" bombshell shares what she thinks made the original show so special and checks her sexual compatibility with "RHONY" star Ramona Singer.

Pamela Anderson was more than willing to open up during a virtual chat with Andy Cohen on "Watch What Happens Live" alongside "Real Housewives of New York" star Ramona Singer.

Even when Andy decided he should check out the sexual compatibility of the two women -- you know, for no reason at all -- Pamela was game. She had no hesitation sharing her thoughts about how the 2016 "Baywatch" film with Dwayne Johnson and Zac Efron compared to the original.

But she did feel the need to set the record straight about her infamous "sex tape" with former beau Tommy Lee. In fact, she cleverly did so when Andy asked her if she had a favorite among other famous sex tapes.

"That was not a sex tape," she said of the infamously leaked footage of her and Tommy. "It was a compilation of vacations that we were naked on."

Cleverly, she never even bothered to answer Andy's original question, though he didn't seem to mind after that fun little distinction.

But Pamela was not nearly so coy when asked directly what she thought of the blockbuster theatrical remake of her most famous role. "I didn’t like it," she said. "No, let’s just keep the bad TV as bad TV."

She went on to explain that the biggest difference was in how the projects were put together. "$65 million can make a great movie," she said. "We made our shows for like $500,000. It’s like guerilla filmmaking. We had the same explosions, the same scenes underwater. That was the fun part, being creative."

Critics would disagree with dubbing the original film a "great movie," but the point remains. Part of the charm of "Baywatch" was how bad and cheesy it was. There's a reason the show ran for 11 seasons and it wasn't the acting, or the stories.

Sure, it helped that the cast was stunning and largely under-dressed through most of their scenes. But there was also that sense of chaotic fun on a dime budget.

Hilariously, when a viewer asked when the last time Pamela talked to former co-star Yasmine Bleeth, she had an even better response. First, she admitted that she probably hadn't talked to Yasmine since they were on the show together.

Andy followed it up by asking her who from the cast was she still in touch with. Pamela was on the show for five seasons, working alongside Yasmine, David Hasselhoff, Jeremy Jackson, Nicole Eggert, Carmen Electra and many more.

But her answer? "Nobody," adding for clarification, "I'm not a social person."

"I like my kids. I like my close circle of friends. I don’t really hang out with people," she continued. "I like my dogs, my kids. I prefer dogs. Not to my kids, but compared to most people."

Speaking of comparisons, Andy was clearly having an absolute blast pitting Pamela against (alongside?) Ramona to see how sexually compatible they were in regards to their preferences in the bedroom ... or in public.

He asked all kinds of probing questions like whether or not they'd have sex or split the bill on the first date, if they could forgive a cheater, if they liked shower sex and more.

What's remarkable about the session is that they disagreed on almost everything! Maybe Andy should have asked Ramona what she thought about the "Baywatch" movie.