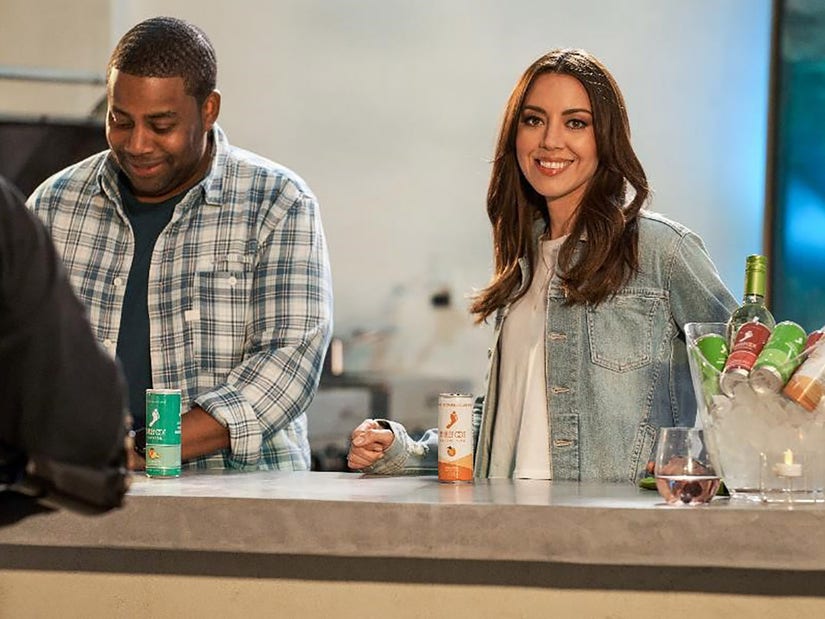 Plaza says Thompson didn't believe her when she revealed she used to intern at the show.

Before she broke out on "Parks and Recreation," one of Aubrey Plaza's first gigs in the entertainment industry was interning at "Saturday Night Live." And while she likely crossed paths with stars Kenan Thompson and Amy Poehler during her time behind the scenes, she didn't actually meet them until years later.

Plaza's first conversation with Thompson went down when the two filmed an ad for Barefoot Hard Seltzer & Spritzer, which was just released last week. Though shot before the coronavirus pandemic and featuring a pool party theme, the spot was recut to look like a dream of a time before social distancing.

"We met at our pool party, where we instantly had to start arguing over what's better -- Barefoot Hard Seltzer or Barefoot Spritzer," Plaza told TooFab, in an interview also conducted before quarantine.

"I was the lucky chosen one for some reason. They came to me and kind of pitched me the idea they're launching a whole new product and they wanted to shoot with me and Kenan and it was going to be a poolside party kind of vibe," she continued. "I think Kenan Thompson is so hilarious."

Thompson was already regular on "SNL" when Plaza interned there 15 years ago, but they never met at the time.

"When you're an intern, you're not really supposed to like make your presence known. No one says that, but it's kind of an unspoken thing and I definitely was lurking in the shadows," she explained. "Amy Poehler was on the season that I interned on in 2005, she was there too and I never met her either."

"I was an intern in the design department, so I was kinda like the creepy girl taking photographs of the set and running away," she added. "I was too shy to talk to any of the cast members but I definitely absorbed as much as I could. I was so excited to be there, it was one of the best experiences of my life." 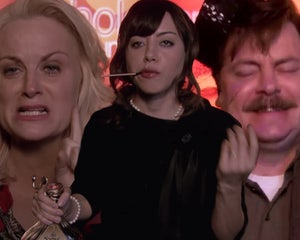 Plaza said the two actually did talk about her time working on the variety show when they filmed their commercial.

"He couldn't believe it. He was like, 'I could not believe you were there for an entire season,'" she revealed. "There's so many people that work on the show. I was a good intern, I didn't do anything too crazy, but I definitely snuck into some parties."

While most of us won't be throwing huge gatherings anytime soon, Plaza did leave us with a few partying tips to keep in mind when it's safe once again. In addition to picking the right music and lighting, one thing really stood out.

"One thing people love is not making decisions," she joked. "So if you show up at a party and everyone's drinking the Witch's Brew, you gotta get on that train."