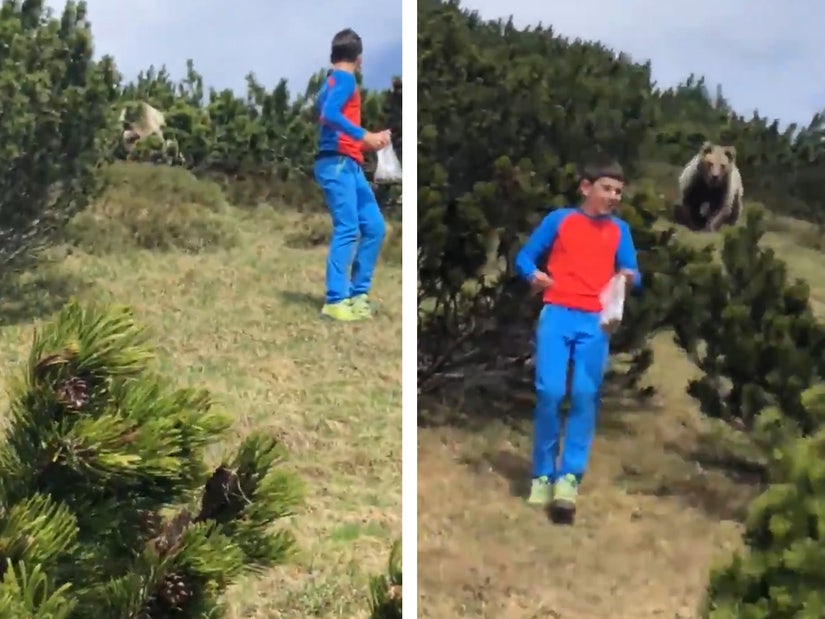 The beast stalks the child during a family picnic in Italy.

A heart-pounding video of a young boy narrowly escaping a bear has gone viral.

12-year-old Alessandro was on a family picnic in the Brenta Dolomites, northern Italy, when he went foraging and found himself in a close encounter with a massive brown bear, according to reports.

"Alessandro walked a few metres ahead of us in order to collect stuff and at one point we saw him coming out from the woods and being followed by the bear," his uncle Frederico told local newspaper La Stampa.

"Obviously we were terrified, but he was calm."

In the 45-second dramatic clip, Alessandro can be seen slowly walking down a hillside when the bear pops its head out from behind some bushes.

A person off-camera can be heard saying in Italian, "Come Ale, don't turn your back at him. Keep calm," per the outlet.

And the brave youngster does just that as he continues to coolly put one foot in front of the other as the beast creeps up behind him only a few feet away.

Alessandro turns his head and looks behind him to check on the encroaching wildlife, but misses the moment the bear frighteningly stands on his hind legs. 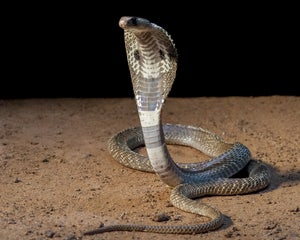 Finally, the bear appears to lose interest and finds something else to focus on as Alessandro continues his hero walk.

"The bear came close to us but it looked like our presence was irrelevant to it," Alessandro's mother told local news outlet L'Adige.

Alessandro added: "I had already seen the bear three times before, but that was a special day for me."

The pre-teen reportedly studied how to react when a bear approaches during his time in pandemic lockdown and asked the family to film the encounter.

"Animals and forests are his passion," his uncle told La Stampa.

Alessandro explained to the outlet what he had learned in his studies, saying "It was important to leave quickly but without making the bear feel it was in danger. I did not look it in the eye and the bear understood I was not its enemy."

"And now I am the happiest child in the world."

And, perhaps, one of the luckiest.