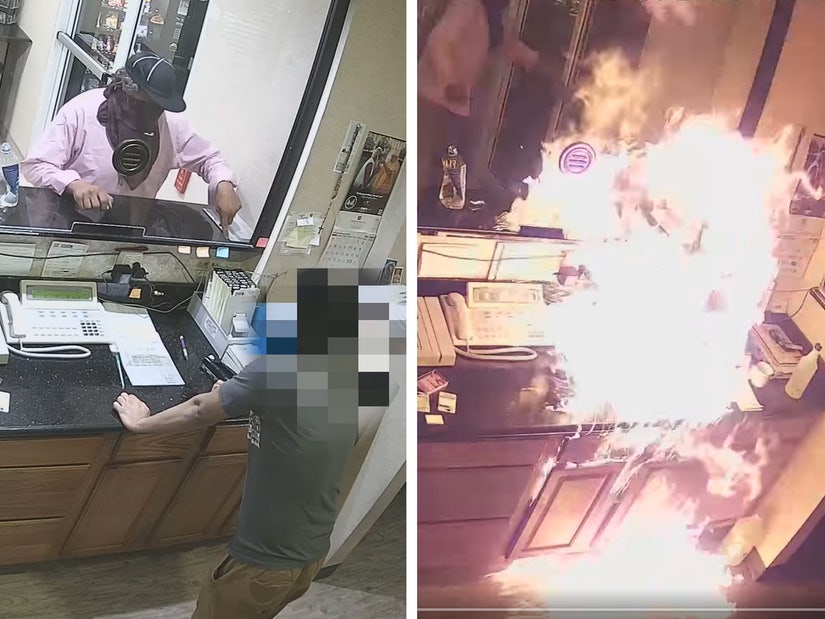 "He threatened to burn him alive if he did not comply. He then carried through with his threat."

A horrific robbery attempt at a Texas hotel was captured on security camera on Sunday night.

A masked robber walked in the Fort Worth Budget Host Inn lobby and threatened to burn the clerk alive, before attempting to follow through on his threat, according to authorities.

Footage shared by Fort Worth Fire Department shows the man walking in around 10:15 p.m. and making demands to the clerk, who was behind a counter and glass partition. 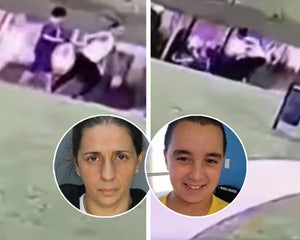 He then douses the counter in a flammable liquid, spilling it all over the staff member.

Holding a lighter above the pooled liquid, the would-be thief shouts instructions at the employee; but when the clerk reaches for the phone, the robber ignites the liquid, engulfing the counter in a huge fireball.

"He threatened to burn him alive if he did not comply," fire investigator O'Niell said. "He then carried through with his threat."

Luckily the hotel worker managed to get himself clear, but still suffered minor burns; the hotel lobby was extensively damaged. 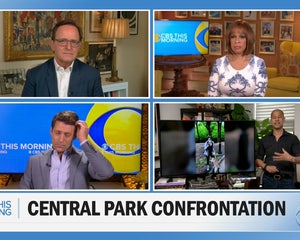 The culprit can then be seen fleeing the hotel; he changes his t-shirt before hurrying to a car and slowly driving away.

"On Sunday night, an absolutely horrific crime was committed in our city," the fire investigators said in a Facebook video, as they pleaded for public help in identifying the arsonist.

"I would urge the suspect, if you're watching this broadcast, to turn yourself in —because we eventually will identify you." 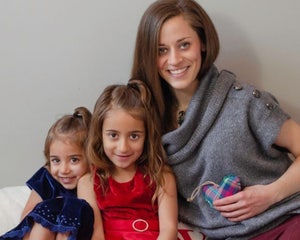