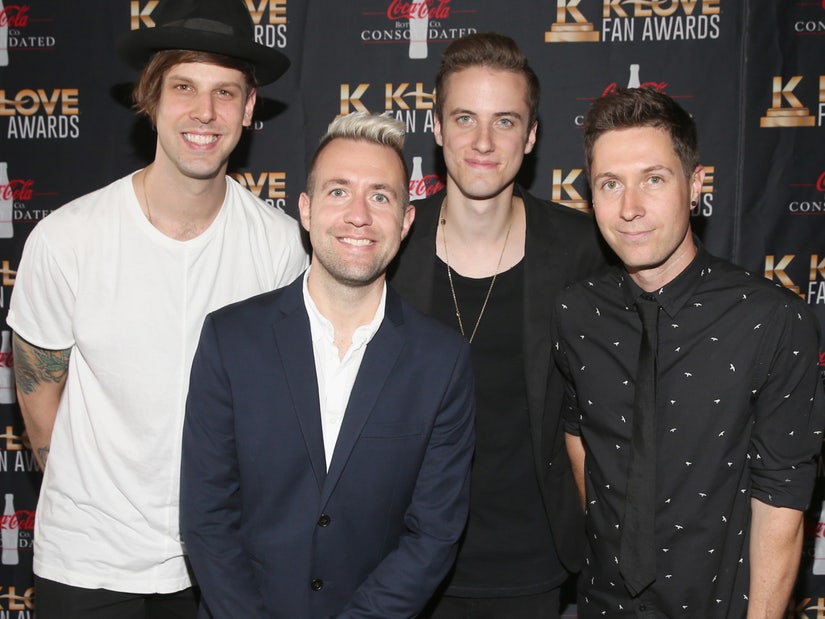 "I am now finding that I no longer believe in God," wrote lead singer Jon Steingard.

Christian rock band Hawk Nelson is speaking out after the group's lead singer, Jon Steingard, opened up about questioning his faith in a lengthy, surprising statement last week.

But while Steingard (front left above) says he no longer believes in God, it's clear the group believes a higher power is still looking out for him.

"Our mission as Hawk Nelson has always been to inspire and encourage all people with the truth that God is for them and not against them. In that message’s most simple and purest form, that they matter," the rest of the group -- consisting of Daniel Biro, Micah Kuiper and David Niacaris -- said in a statement posted to Instagram on Wednesday.

"So now we turn that truth towards one of our own," they continued. "That God is still for Jon and he still matters. Why? Because that truth doesn't change just because we question it."

"How we treat one another when they are at a different stage in their journey based on their life experiences is part of a bigger conversation," they added. "We are called to love one another unconditionally, as God loves us. We should also encourage and challenge one another in our faith, seeking truth."

In closing, they added, "Ever thankful and grateful for how God has used this band, the music and the relationships and how he continues to do so."

Last week, Steingard posted a lengthy note to Instagram, saying he felt it was "time for me to be honest" about his faith. Saying he was "not looking for a debate at all," he shared his current beliefs, or lack thereof.

"After growing up in a Christian home, being a pastor's kid, playing and singing in a Christian band, and having the word 'Christian' in front of most of the things in my life - I am now finding that I no longer believe in God," he wrote, adding that the statement has been "several years in the making."

Addressing the band's fans who may have felt like he was "lying" during his time with Hawk Nelson, Steingard said he "did believe [in Christianity] at the time." He then went into why he began questioning his faith.

Steingard said he always felt a little "uncomfortable" with certain things in the church, finding them "clunky and awkward" and "manipulative," planting seeds of doubt in his mind. As the band began to find success in the Christian music space, they became more outspoken about their faith -- something Steingard pushed for -- while the list of things that made him "uncomfortable" about Christian culture kept growing.

He said he began questioning why God would allow evil in the world -- and, if evil was the product of free will, what about natural disasters that caused suffering? "The Bible didn't answer my questions," he wrote, "it only amplified them."

The Bible, he said, was filled with "a lot of contradictions" he couldn't fully wrap his head around and led to a mistrust of different translations of the text. "Once I found that I didn't believe the Bible was the perfect Word of God - it didn't take long to realize that I was no longer sure he was there at all," he explained.

Steingard says that thought sent him into a tailspin and he struggled with depression, but has been met with "incredible love and support" from his family -- "even though I know this grieves them," he added. He also said he can no longer "in good conscience" perform Hawk Nelson's songs -- like the incredibly popular "Drops In the Ocean" -- and knows he's giving up his place in Christian music by speaking out.

"I am open to the idea that God is there. I'd prefer it if he was," he wrote, saying that if a higher power does exist, it's "very different than what I was taught" growing up. Steingard added that stepping away from the church has "felt like a freedom" in many ways, since he no longer has to go to worship, read the Bible or pray -- which "all felt like obligation" before.

In closing, he wrote, "I am not sure how much this will rock the boat. I don't know if this will surprise anyone. But it doesn't matter." He added, "What matters is that I've finally worked up the courage to tell my story. To share my deepest truth. And that feels like freedom too."