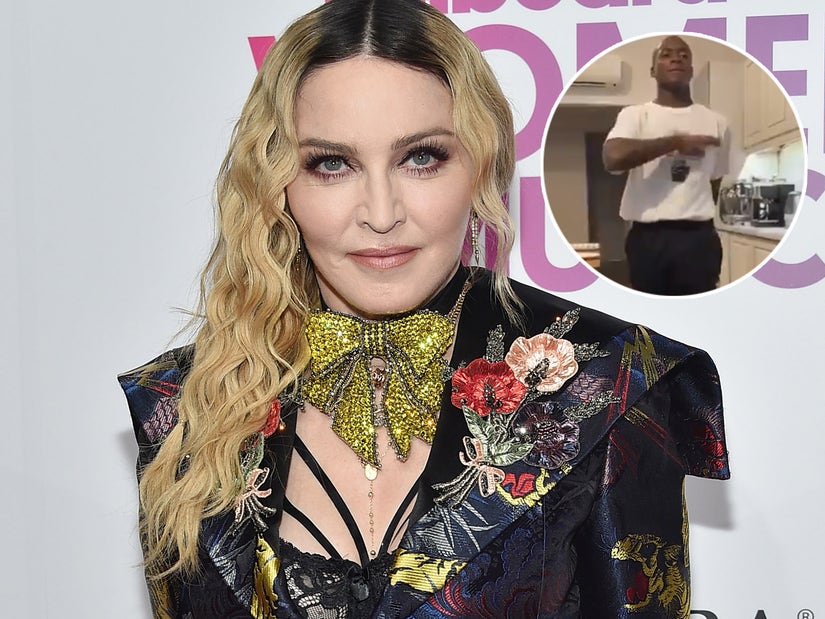 The singer shared video of her son David Banda dancing to Michael Jackson's "They Don't Care About Us," but their good intentions were not well-received on social media.

Madonna and her son David Banda attempted to put their own tribute to George Floyd, who was killed while handcuffed and on the ground by a cop pressing his knee into his neck during an arrest, out into the world only to be met with instant pushback, backlash and even mockery.

It's a sensitive issue, one that sees Minneapolis enduring its third straight night of riots as family and friends and so many across America await at the very least an arrest of Derek Chavin, the white officer captured in video footage with his knee on Floyd's neck ignoring his pleas that he can't breathe until he died. 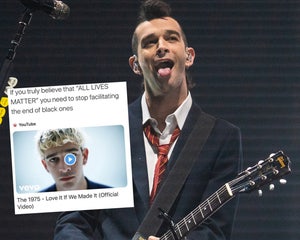 While there have been many tributes and words of anger and support for the peaceful protests (that have erupted into violent riots each night, similar to the Ferguson riots of 2014 after another black man, Michael Brown, was killed by a white officer) spread across social media in recent days, few have been met so poorly. 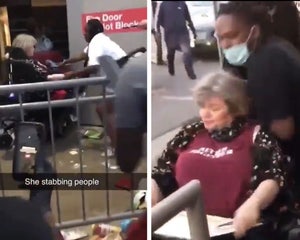 Madonna's son David, who is a young black man, performed a tribute dance to Michael Jackson's "They Don't Care About Us" in the family's kitchen.

It was evident that the moment meant something to him, just as the lyrics speak to the situation, just as the ongoing injustice against black Americans continues unabated and largely unpunished.

It was, though, apparently their choice of dance that fell flat with many online, with some even suggesting Madonna forced David into participating.

Brutal murder travels around the world my son David Dances to honor and pay tribute to George and His Family and all Acts of Racism and Discrimination that happen on a daily basis in America. #davidbanda #JusticeforGeorgeFloyd #MichaelJackson pic.twitter.com/wLa6YKrYF1

It could also be that as a child of privilege, many don't feel that Madonna's son (even if he is black) can really understand the experience of being black in America (without untold riches and a famous family).

Whatever their reason, Twitter was not having it, mocking the idea of dance in the face of racism, as if Madonna and David thought their tribute was going to fix the problem altogether.

On the other hand, the video may have been very well received had it been released at any other time, because David definitely has tremendous skill as a dancer. Taken entirely out of context, he did a solid take on Jackson's signature styles, brought a lot of fresh attitude and conviction. 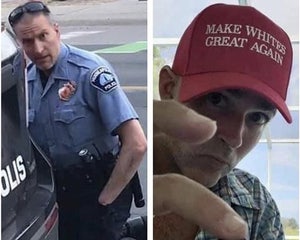 Unfortunately, it's not out of context, as his mother Madonna clearly tied it to Floyd's death, and as a statement of tribute to him and "all Acts of Racism and Discrimination that happen on a daily basis in America."

While most people seemed to think the video was out of touch and not-at-all-helpful, the singer did have her supporters, who argued that she her years of activism from a place of acknowledged privilege should give the understanding that she is coming from a place of love.

You can check out some of the responses below that quickly made Madonna one of the top trending topics on Twitter on Thursday night as the riots raged in Minnesota. 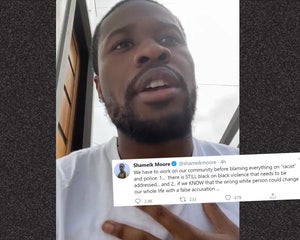 I’m nervous that Madonna’s son is gonna stop dancing and racism will come back.

madonna has been an activist since the beginning of her career BECAUSE she acknowledges her privilege. she clearly posted that video of her son out of pure love. on top of that, she posted this on instagram on TUESDAY, before every other celebrity. she doesn’t deserve any hate. pic.twitter.com/Q9NJz85qPY

Nobody asked Madonna to weigh in today. Not a soul.

Unforced errors among public figures have been rampant this month. pic.twitter.com/DNOkNCG7at

#Madonna Twitter is such a vicious world. He's a kid. He wanted to do something expressive. Some of you are too young to know the lyrics to the Michael Jackson song. Listen to them. Whatever you think about his mom....he's a kid. Chill, Twitter.

Now that Madonna has posted a video of her son dancing racism is over, George Floyd has peace, justice will be served and the riots will stop. This is what everyone was waiting for. Stay tuned for updates from the bathtub.

Madonna’s been fighting the good fight for a long time. Earlier this week she literally posted “fuck the police”. Weird to drag her for posting that video of her son dancing (the memes are good though). pic.twitter.com/NPtIboIols

"The hate u give" comes back to get you. You need to wake up. We all do. Madonna has done so much for black people, black image, and humanity. She teaches her kids activism. Stop hating under the umbrella of anti-racism. pic.twitter.com/JgOroiG5Uy

Michael be up in heaven watching #Madonna son dancing to his song like : pic.twitter.com/Iu4TOhiNlK

Well black/woke twitter, you've finally done it - You've teamed up with Karen over your shared irrational hatred of #Madonna which now extends to her 14yo child.

Y'all leave #davidbanda alone <3 😇 He's an innocent teenager! Dance is a way to express all sorts of feelings. But I am waiting for Madonna to challenge white folks to be less racist though...

The unsung hero of the video of Madonna’s son is the dog. Even he’s looking like “what the entire f*ck??” #madonna pic.twitter.com/lNDYTGJ27R

Thank you #davidbanda Thank you @Madonna surely this fixed the issue. pic.twitter.com/Z2gj7O66UJ

Yall taking that @Madonna post to far the jokes are funny but now yall talking about her "not teaching her kids there culture etc" is bs. And she posted this on Instagram way before she posted that tweet of her son dancing. So cut the "she tone dead" shit out pic.twitter.com/kNK4GXYLHA

Here's the tea - #Madonna's African American son can't have a voice on a black issue he cares deeply about because his mother is white. Twitter, David Banda is not white, he's 14, at school & has a mind of his own. The fact ya'll jump to "Madonna is using him" is disgraceful.

Michael Jackson's message sounds louder than ever. Thank you. Justice for George and all victims of racism.#Blacklivesmatter pic.twitter.com/UKdRFubqEm