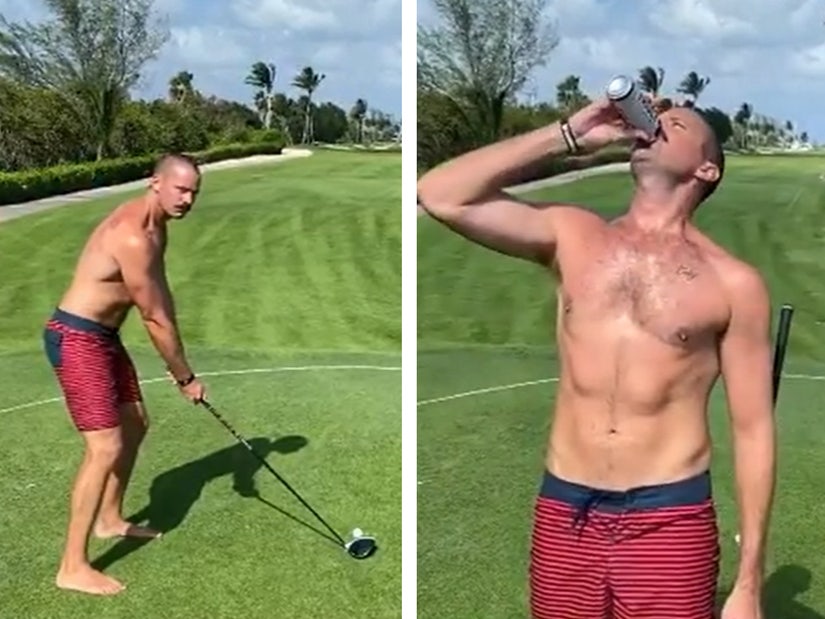 "When the world is ending but you already have come to terms with the fact that this current time is ruled by chaos..."

Armie Hammer sparked confusion and concern among fans after he shared a strange video of himself in the Grand Cayman Islands.

Over the weekend, the "Call Me By Your Name" star posted a bizarre clip that featured him chugging a hard seltzer and playing golf on a beautiful course in the Caribbean islands, where Hammer has been social distancing with his family amid the coronavirus pandemic.

In the video, above, a shirtless Armie, who was rocking a shaved head and mustache, slowly comes into the frame as The Temptations' "Papa Was a Rollin' Stone" plays in the background. When he appears on-screen, the 33-year-old actor is seen holding a golf club and what looks like a hard seltzer. Armie then chugs the drink, chucks it away, and burps before hitting a golf ball into the distance.

"When the world is ending but you already have come to terms with the fact that this current time is ruled by chaos..." he captioned the post.

Due to the odd video and his strange caption, many fans took to the comments section to express their concern for the actor.

"is this a breakdown armie?" a user asked.

"I am seriously worried about you armie 😔" a person wrote and another chimed in, "ARE YOU OKAY?" 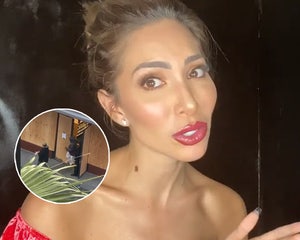 Several Instagram users suggested that isolation had made an impact on Armie.

"quarantine did a lot with you" a fan commented, while another added, "quarantine has gotten to him."

"The Social Network" star has been spending quarantine in the Cayman Islands with his wife, journalist and Bird Bakery owner, Elizabeth Chambers Hammer, and their two kids: Harper, 5, and Ford, 3.

Elizabeth revealed back in April that the family is staying in the Caymans, where Armie lived from the ages of seven through 12.

Sharing a selfie of her at the grocery store Elizabeth wrote, "Left home yesterday for the first time in almost a month for our second grocery run and the experience was drastically different than the first run three and a half weeks ago."

"We’re currently quarantined in Grand Cayman, which wasn't planned when we left LA 5 weeks ago for nyc for previews of @minutesbway," she continued. "Due to travel restrictions, school closures and the fact that we were planning to be here with our extended family two weeks later for spring break, we made this decision for the health and safety of our family. But none of that is the point...I just know this is a very sensitive time and emotions are heightened, so felt the need to explain."

"The point is...the government here seems to be handling this entire situation extremely well," Elizabeth added. "There are strict curfews, lockdowns and visitation to essential businesses are only allowed on certain days based on the first letter of your last name. And it seems to be working. There are no lines or crowding and when I asked the cashier if they have been busy/overwhelmed on the weekends, she said that it's never very busy and no lines because of the mandates."

"I've received messages from a few people saying that local grocery stores on the east coast have implemented one-way aisles and @birdbakery we're using tape on the floor as a guideline for social distancing if guests must enter," she concluded. "How are your local businesses and grocery stores finding the balance between social distancing and customer demand? Please share and stay safe (and home when possible)!"

While in the Caribbean tourist destination Elizabeth and Armie celebrated their 10-year anniversary last month. 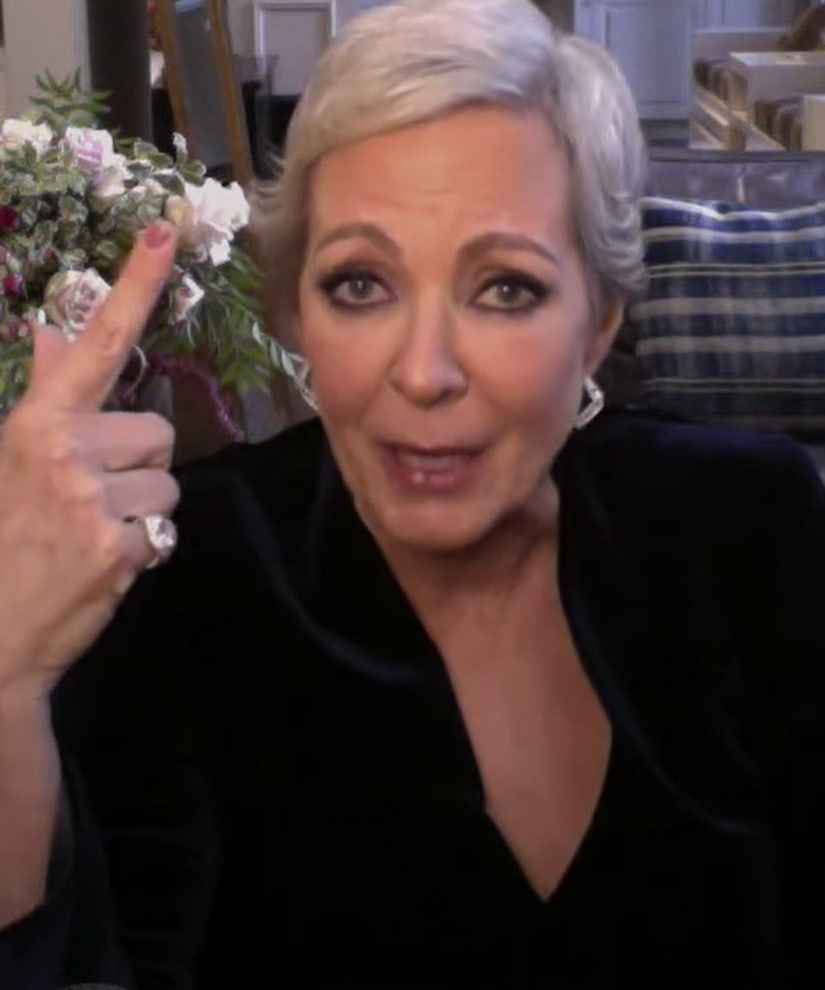 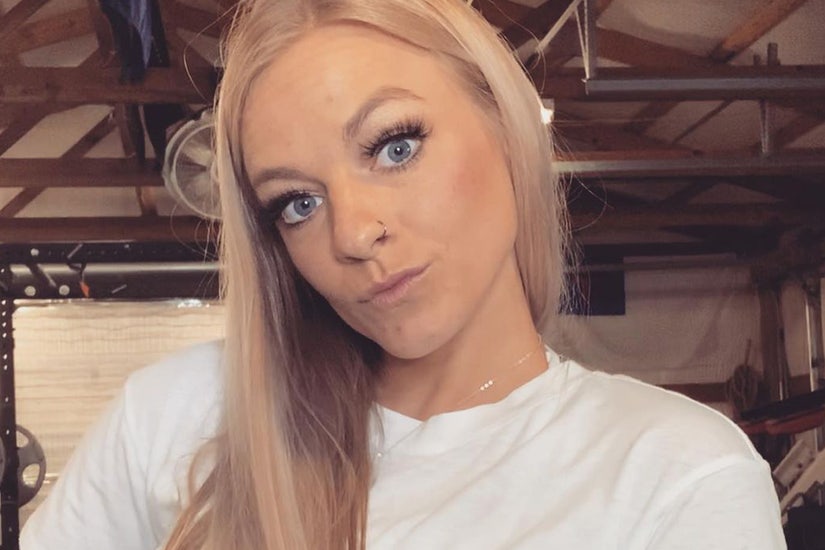 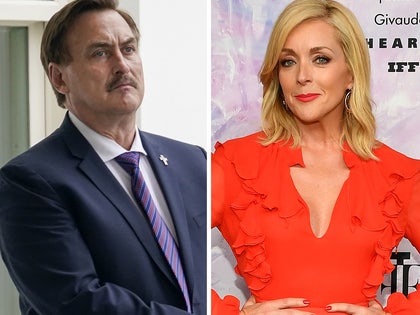 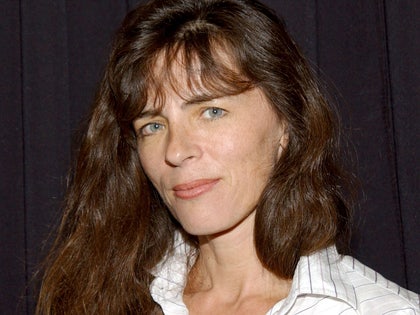 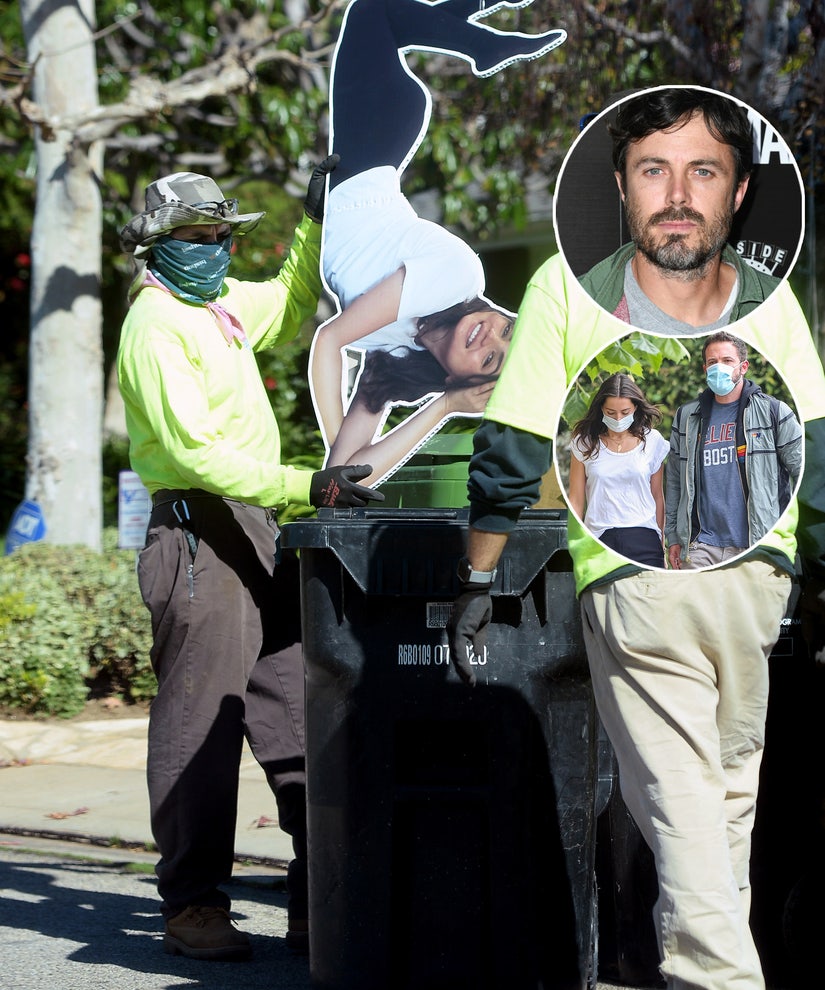 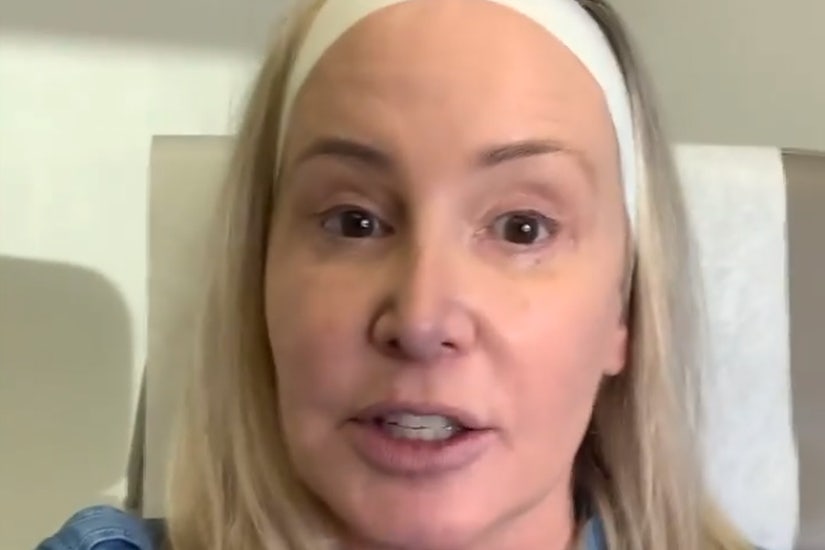