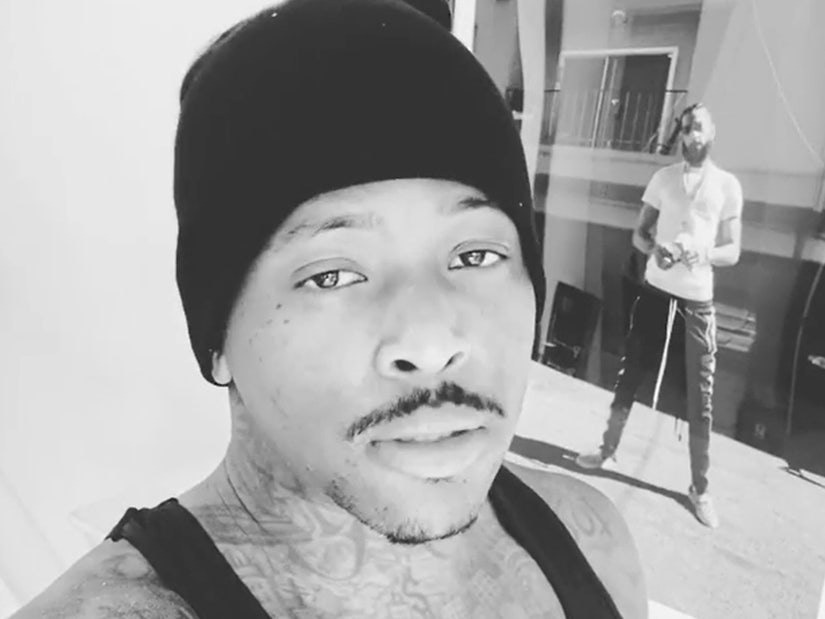 Four years ago he collaborated with the late Nipsey Hussle for "FDT (F--k Donald Trump)."

YG released a new protest song called "FTP (F--k the Police)" amid the protests over the killing of George Floyd and police brutality.

Taking to his Instagram account on Tuesday, the California rapper announced the new single after explaining why he had to scrap his planned demonstration in Los Angeles.

"I'm not trying to get none of my people hurt or shot so I'mma cancel the date," he said in the video. "It's f--ked up but I'm gonna come back bigger and better. I'm partnering with Black Lives Matter and we gonna do this s--t the right way. For the people, for the city, and for all the artists that wanna pop out and participate."

He then went on to say he "couldn't wait for the label" to release the song and that "FTP" was available through the link in his bio.

The song is reminiscent of his collaboration with the late Nipsey Hussle four years ago called "FDT (F--k Donald Trump)," which has reportedly been played at demonstrations this past week, according to Rolling Stone.

Protests have erupted across the country over the death of Floyd, a 46-year-old Black man, who died while being forcefully detained by a white police officer in Minneapolis, Minnesota on Monday.

Meanwhile, in another post on Tuesday, YG revealed his thoughts on the popular Blackout Tuesday posts, where a solid black image is shared to represent solidarity with the Black Lives Movement

"Everybody that’s posting these black photos. This s--t don’t mean nothing," he wrote. "Take yo ass outside and be seen. Use yo voice in a real way. use yo influence to get the youth to register to vote. Activate these people do something more than a donation & a IG post we been doing the same s--t for years! COME OUTSIDE."