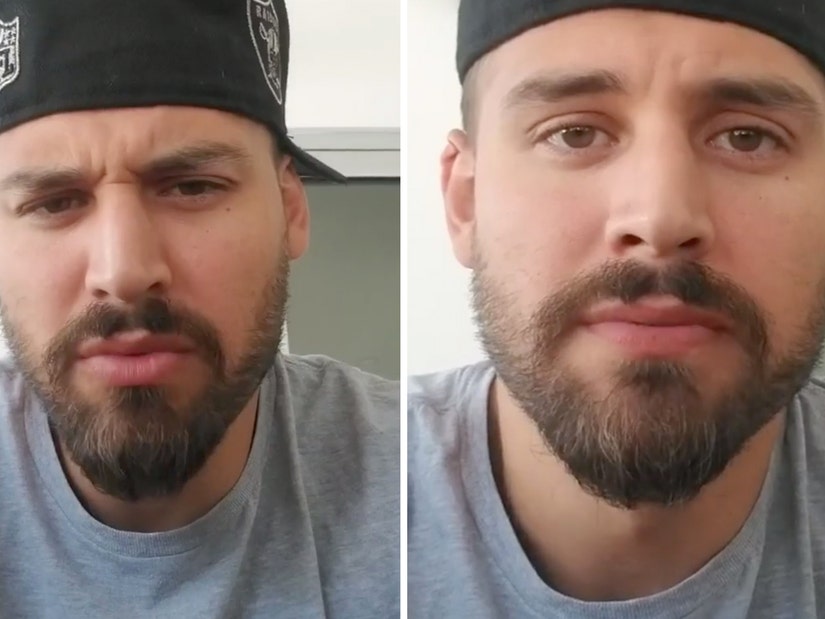 Guzman also called out Latino rappers for using the N-word in their music, telling his followers to "keep that same energy" for them too.

"9-1-1" star Ryan Guzman apologized for comments he made earlier this week in which he defended his fiancee's use of the N-word in the past and revealed he used racial slurs as well.

"After having some time to think about it and really calm myself down, I felt I have to clarify certain things," the actor said in a video shared to Instagram on Monday. "Let me first start off by saying I do not condone the use of the N-word by any non-Black person. That includes all Latinos. That's not our word."

The controversy began when tweets fiancee Chrysti Ane posted in 2011, in which she used the N-word, resurfaced online. She later apologized and said she's not the same person she was when she was just 16. In an Instagram Live, Guzman attempted to defend her by saying her Black friends "allowed" her to use the slur.

He then said he and his friends "make fun of each other races all the time" and "call each other slurs all the time." Explaining his comments in this new video, Guzman said he was coming from "an angry place" when he went live.

"I meant to say stereotypes. And do I condone stereotypes? Nah," he continued. "Amongst friends, can friends make fun of each other? Yes. That being said, I'm not here to bring anybody down, no race down."

He went on to say his fiancee was 16 when she said the N-word and "she's grown as a woman." He clarified that he didn't "condone" her use of it and it's not a word they use "in this household."

Ending his video, he finally said he was sorry.

"That being said, I apologize to those that I have offended and misrepresented myself by using the wrong term," he said. "I stand by my try, fail, learn, grow state of mind and I will continue to grow and continue to help out the community. Let's help out our Black brothers and sisters going through this horrible, difficult time."

@ryanAguzman You picked an EXTREMELY wrong time to try and tell your BLACK stans that Non Black people can use the n word. Theres a literal whole race war going on and ur sitting on live defending your racist gf and ADMITTING ON LIVE THAT YOU SAY NIGGA??????? pic.twitter.com/0ZOtGLc6s9

"I know a lot of you want to hear my thoughts on what a cast member said today on IG live," said Oliver Stark. "I can tell you that my opinion is there is absolutely no excuse for the use of the n word. It belongs to the Black community only and I absolutely don’t agree with it being used by anyone else under any circumstances."

Costar Rockmond Dunbar reposted Stark's tweet, adding, "As a black man this should go without saying but just to make sure people in the back understand when I say this with my whole chest: I don't condone the shit. I don't like the shit. And I've never been one to allow the word to be used around me by any non-black person and any alleged 'black people' that are co-signing their non-black friends to refer to them in that way need their entire asses checked. Too much history, too much pain. Past and present. Shit is utterly unacceptable."

Fellow costar Aisha Hinds also responded to a fan who wondered how Guzman's comments made her fee. "How I FEEL daily is a perpetual state of GRIEF," she wrote. "There's sadly no version of this indefensible discourse that doesn't exacerbate that grief. There's legions of learned behaviors that need to be named and neutered so we don't continue to give life to them. May we know & DO BETTER."

The controversy comes amid nationwide protests over the killing of George Floyd, a 46-year-old Black man, who died after a white police officer kneeled on his neck for several minutes in Minneapolis, Minnesota.