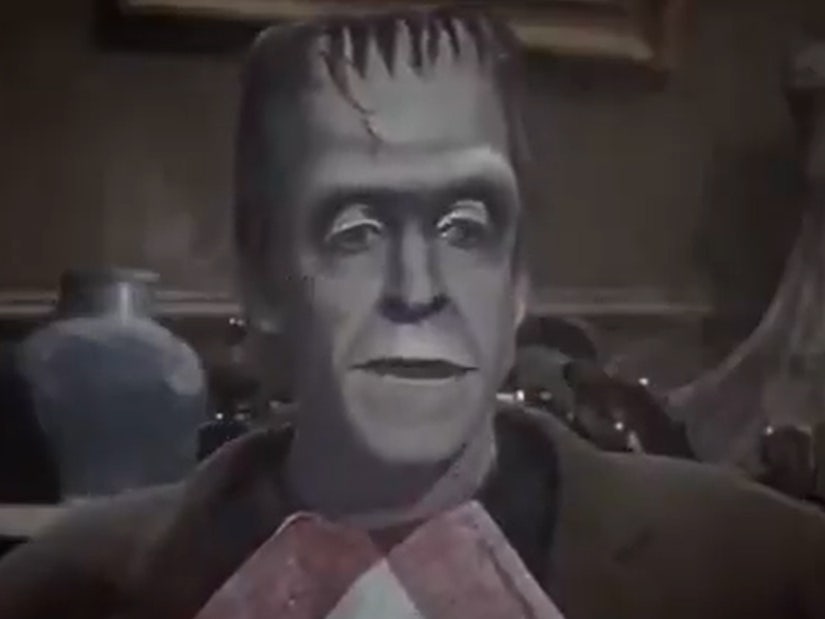 Herman Munster has become a viral sensation as his "words of wisdom" are comforting many while protests over racial injustice continue across the nation in the wake of George Floyd's tragic death.

In the 25-second clip from a 1965 episode of "The Munsters", titled "Eddie's Nickname", Herman (Fred Gwynne) consoles his son Eddie (Butch Patrick), who had used a magic potion in an attempt to make himself grow taller after he was bullied at school.

"The lesson I want you to learn is it doesn't matter what you look like," the character based off Frankenstein explains to the young boy. "If you're tall or short; or fat or thin; or ugly or handsome -- like your father -- or you can be black, or yellow, or white."

Herman Munster’s words of wisdom in 1965.

"It doesn’t matter. What does matter is the size of your heart and the strength of your character."

A few social media users posted the clip recently, including Rex Chapman, who captioned it, "Herman Munster's words of wisdom in 1965. Still no lies told..."

Sander van den Berg, another Twitter user who shared the video under the name Buitengebieden, told Newsweek, "The video shows exactly what people need to keep in their minds right now. I have shared the video just now because humanity is in conflict: protesting on one side and staying at home because of the Covid-19 on the other side."

"People are so quick to judge each other. I have the feeling that we're going into a new era and that it's the moment now everyone has to think and go back to the basis of our existence. Think with your heart and especially think about each other."

Chuck Barris wrote the show. He also marched from Selma to Montgomery in 1965. As a result of that civil rights protest, he was the first television producer to put people of color on The Dating Game and resisted outside pressure from the network to remove them.

The clip went viral with many taking the message to heart as the country grieves over the death of Floyd, a Black man who died while being forcefully detained by a white police officer in Minneapolis, Minnesota on May 25.

"Herman's words were correct in the turbulent 1960s and now. Horrible that we haven't learned enough in 55 yrs," wrote one Twitter user.

And some juxtaposed the message of unity delivered by the fictional monster character to those of Donald Trump.

"Today we learned Herman Munster is a better role model and leader than the President of the United States," shared one follower, as another wrote, "A far, far, FAR better man than our current President; and that clip was from the 1960's! WTF America; it's way, way, WAAAY past time for putting an END to America's 'original sin'!!"

Always thought the Munsters were portrayed as the Black family who lives in a White neighborhood. Albeit with humor and no actual Black people, but the parrallel is there. https://t.co/z3Bb8juI6D

After Derek Chauvin was captured on video with his knee on Floyd's neck for more than eight minutes, protests erupted across the country (and world) denouncing police brutality and systemic racism.

The three other officers involved in the arrest -- Thomas Lane, J.A. Keung and Tou Thao -- were charged with aiding and abetting the homicide.

Check out more Tweets commenting on the heartfelt video below.

The fictional monster from the decades-old TV show has greater understanding of race and leadership than the actual monster in the White House. https://t.co/QT6uwBtoFw

I saw that rerun this week. Herman's words were correct in the turbulent 1960s and now. Horrible that we haven't learned enough in 55 yrs.

Herman Munster is smarter than 40% of America and 99% of Fox News.

Seriously, am I the only one that sometime pauses what I’m doing during the day and shakes his head at the fact millions of people use melanin in the skin as a barometer for how to treat their fellow man?

See @realDonaldTrump, it’s not that hard! If a 1960’s fictional character based off of Frankenstein can do it, so can you !!

Herman Munster would have been a phenomenal President.

This is the philosophy I taught my children, we all the same on the inside. Do unto others as you would have done unto you... be kind thank you Herman Munster for being of the biggest heart

I don't know if the writer took a cue for Dr. King, but this is spot on. NO man or woman should be judged by the color of their skin, but the content of their character. These words should be echoing in EVERY corridor of government power today.