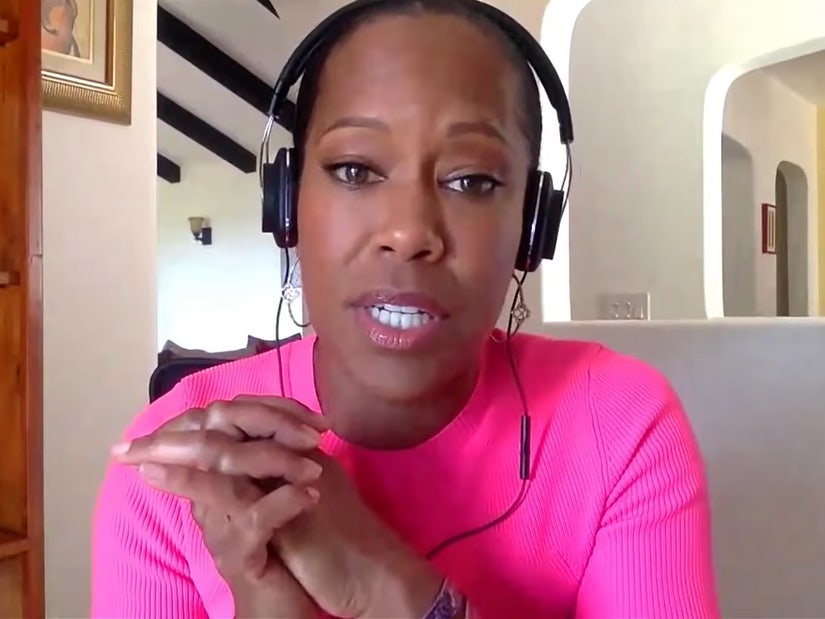 King warned her son he was more than likely "going to get pulled over just because you're a young Black man."

As protests over racial injustice and support for the Black Lives Matter movement continues to grow around the world in the wake of George Floyd's killing, Regina King opened up about the conversations she's had within her own family about race.

The "Watchmen" star is mom to 24-year-old son Ian and, appearing on "Jimmy Kimmel Live" on Wednesday, spoke with the late-night host about how those talks have shifted over time.

"My son is 24. I think in most Black homes, it's not just a conversation, it's an ongoing conversation and it never stops," she explained, after Kimmel said Shaquille O'Neal revealed how he spoke with his children about what it means to be a young Black man dealing with both the police and the population at large.

"Every time something like this happens and another moment that's telling them they're not worthy, they're not valuable, their lives aren't valuable once they walk outside the comfort of their home, the conversation shifts every time," explained King. "You have to find a way to support their feelings and make sure you are letting them know you hear them and you do mirror the same sentiment."

For King, the conversations around race "got deeper" when President Barack Obama first started running for office, as Regina campaigned for his presidency. It then "really hit home" when Ian started learning to drive.

"That's where the conversation shifts again, because you kind of have to make them very clear about what they're supposed to do when they're out there in that car by themselves and more than likely are going to get pulled over just because you're a young Black man," she explained.

That situation, Kimmel admitted, made him feel "very ignorant" because it wasn't something he was "fully aware of" until recently. "I did not know it was a rite of passage in an African American family," he said. "Along with using your turn signal, you would have to instruct them on how to behave with the police."

King said one of her closest white friends had the same realization when they spoke with each other about teaching their kids to drive. "It just never even dawned on her and the reality that she doesn't have to have that same conversation," said King, "it brought a lot of stuff up for her. It's good that you know."

Kimmel and King also spoke about the protests around the country, with the actress calling it "necessary" and clearly responsible for the charges levied against the three other officers involved in George Floyd's killing.

"These most recent charges that just came up against the other three officers would not have happened without the protest," she said. "But still, we have officers in Louisville who still have not been charged for Breonna Taylor's murder and there are so many cases like that and I'm just convinced the only way we're going to change is get out and vote and not just in the presidential elections but on the local level. That means voting every year."