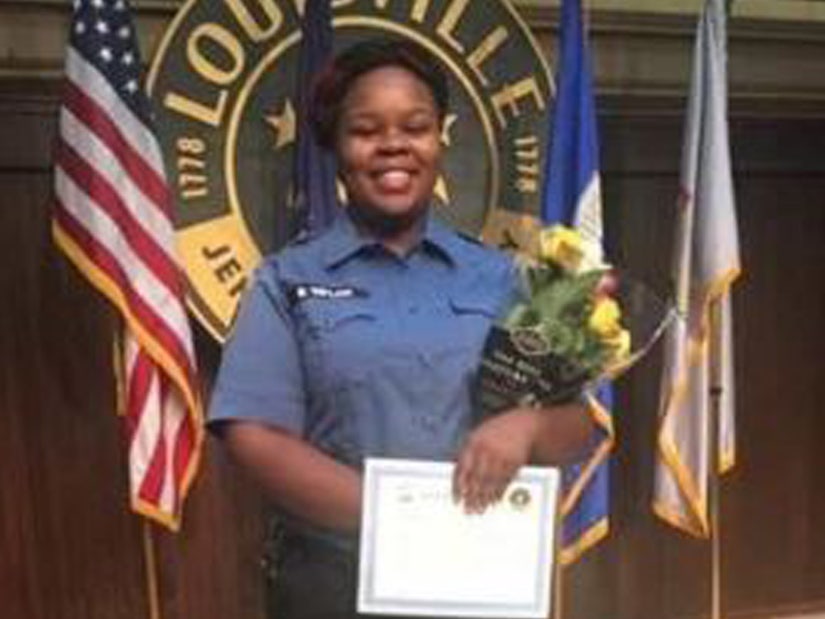 "We have not forgotten you or the countless Black women who were murdered senselessly. Your life mattered," wrote Viola Davis.

Breonna Taylor would have turned 27 on Friday and Twitter was flooded with an outpouring of love for the young Black woman who was killed in her own home by police on March 13.

"Happy birthday Breonna!" actress Viola Davis posted. "We have not forgotten you or the countless Black women who were murdered senselessly. Your life mattered. Praying for your mom today."

Happy birthday Breonna! We have not forgotten you or the countless Black women who were murdered senselessly. Your life mattered. Praying for your mom today🙏🏿❤
🎨@gracieleeart https://t.co/hdtVo0kyCM pic.twitter.com/8XDOIo9xVj

Many of the tributes acknowledged that the three officers involved in her shooting have yet to be charged with any crimes.

"Today should have been Breonna Taylor’s 27th birthday," wrote Kamala Harris. "But her life was horrifically taken by officers who still have not been charged 84 days later. Keep up the calls for justice. #SayHerName"

DL Hughley posted, "Today is the Birthday of #BreonnaTaylor but it's not a happy one. There are still NO CHARGES filed in her murder that was a result of an illegal 'no knock' warrant."

Back in March, police targeted Breonna's home after a "no-knock warrant" was issued to her address as authorities suspected a man involved in a drug ring was receiving packages at her apartment, according to CNN.

Today should have been Breonna Taylor’s 27th birthday. But her life was horrifically taken by officers who still have not been charged 84 days later. Keep up the calls for justice. #SayHerName

Today is the Birthday of #BreonnaTaylor but it’s not a happy one. There are still NO CHARGES filed in her murder that was a result of an illegal “no knock” warrant. In honor of her memory, call and/or sign the… https://t.co/qfXDQxOmTS

Police say they knocked on the door, announced themselves and were met with gunfire upon entering the apartment, citing Breonna's boyfriend as the instigator.

In the family's lawsuit, the incident is said to have unfolded differently, with the police breaking into her apartment unannounced and her boyfriend shooting in self-defense.

Breonna's tragic story has been part of the nationwide protests against police brutality and racial injustice in the wake of George Floyd's death, who died after a white police officer kneeled on his neck for several minutes in Minneapolis, Minnesota.

Happy Birthday #BreonnaTaylor .She looks so pretty and fine in this pic.Her story it’s so sad and unfair and it almost didn’t get picked up by the media.Kentuky police department really tried to sweep her case under the rug,but got is BIG.The fight ain’t over till you get justice pic.twitter.com/LuZFu4tlFF

Today would've been #BreonnaTaylor 's 27th birthday. She was a full-time EMT at 2 hospitals in Lville, Ky. She was a beloved & respected essential worker, an aspiring nurse, who dedicated her life at an early age to helping others. Pray for her family & honor her life. Here's how pic.twitter.com/7FBcjZItrO

See more heartfelt messages in honor of Breonna's birthday below.

Breonna Taylor should have turned 27 today.

She was murdered in her home by police officers who continue to walk free.

We won’t stop fighting until justice is served. #SayHerName pic.twitter.com/BgRx8W9azE

please read how her loved ones spoke about her. beyond saying her name, learn about her heart

Today would have been Breonna Taylor’s 27th birthday. A medical worker on the frontline, she wanted to become a nurse. She was shot by police eight times in her home. They had the wrong address. No one has been charged. You can support her family here. https://t.co/4pNPtmWg6Y

Today is Breonna Taylor’s birthday. She would have turned 27. She was an EMT, a mother, an essential worker, and she was killed in her own living room. Think about that. Think about everything she’s missing and will miss experiencing.

Today, Breonna Taylor should have been celebrating her 27th birthday.

It has been 84 days since she was brutally killed by police officers. None of them have yet been charged with her murder.

Today would have been #BreonnaTaylor's 27th birthday. On March 13, she was shot 8 times in her home by Louisville police. Breonna was an emergency room technician & wanted to have a lifelong career in health care. Below are some actionable ways you can help celebrate Breonna. pic.twitter.com/TL65DQxNPB

But instead, we are honoring her memory. Because she was murdered by police in her own home. No officers have been charged.

#BreonnaTaylor’s life mattered. Today she should be celebrating her 27th birthday. There can be no going back to the old "normal." https://t.co/gSDVQAAUWk

Just donated again in honor of what should have been #BreonnaTaylor’s 27th birthday - match me at the link below if that’s something you can do, if not you can sign the petition or follow instructions on how to help with a phone call or social post- many ways to take action 💕 pic.twitter.com/13nzodZ3LI

I donated to #breonnataylor’s family today to honor her on her birthday. If you can help her family by donating please do so, if you can’t afford to donate, there are so many other things you can do to fight to bring her murderers to justice: https://t.co/Zf8lcsllRP