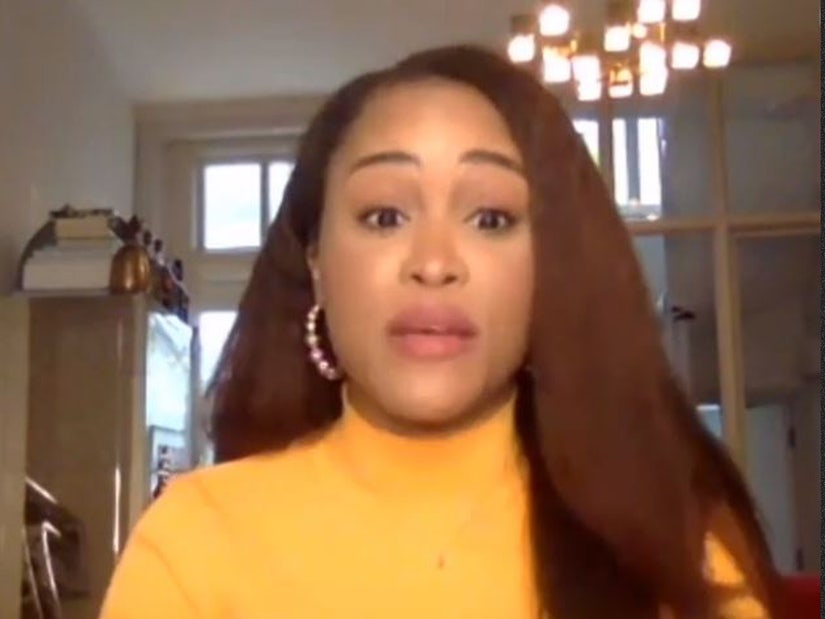 "Some people lit up the comments and trashed me and were questioning whether this was the first time I had had these conversations."

Eve is speaking out after receiving criticism for saying she is having "uncomfortable conversations" with her white husband.

On Tuesday's episode of "The Talk@Home," the former rapper told her co-hosts that she and her British entrepreneur husband, Maximillion Cooper, were reflecting on race amid the protests against racial injustice and police brutality in the wake of George Floyd's death.

"I am in an interracial relationship," she explained. "I am having some of the most difficult and uncomfortable conversations I think I've ever had and vice versa with my husband."

Another posted, "I don't want to hear s--t from Eve talking about she has been having uncomfortable conversations with her yt husband b/c b--ch wtf did you think would happen when you decided to married outside of your race smh."

In a preview clip for Tuesday's episode next week, Eve wanted to clear up any misunderstandings from her comments.

"I got some backlash just recently when I spoke out about myself," she began. "Me being in an interracial relationship and saying that 'I'm having some of the most difficult conversations that we've ever had.' And some people lit up the comments and trashed me and were questioning whether this was the first time I had had these conversations."

"And I want to be very clear," she continued. "We have had many conversations because I've been in this relationship for many years. When you enter an interracial relationship, there are conversations you must have, that's just natural."

Even went on to explain how she is the "proud Black stepmother" to her four stepchildren and has talked to them to see if "anyone ever said anything racially" to them regarding the relationship.

"So, my conversations are difficult, but because we are in a difficult place. I just wanted to clear that up."

The "Let Me Blow Ya Mind" singer's comments come as the nation continues to protest the death of Floyd, who died after a white police officer kneeled on his neck for several minutes in Minneapolis, Minnesota.

Check out Eve's response above and watch "The Talk@Home" on CBS at 2pm ET/1pm PT.