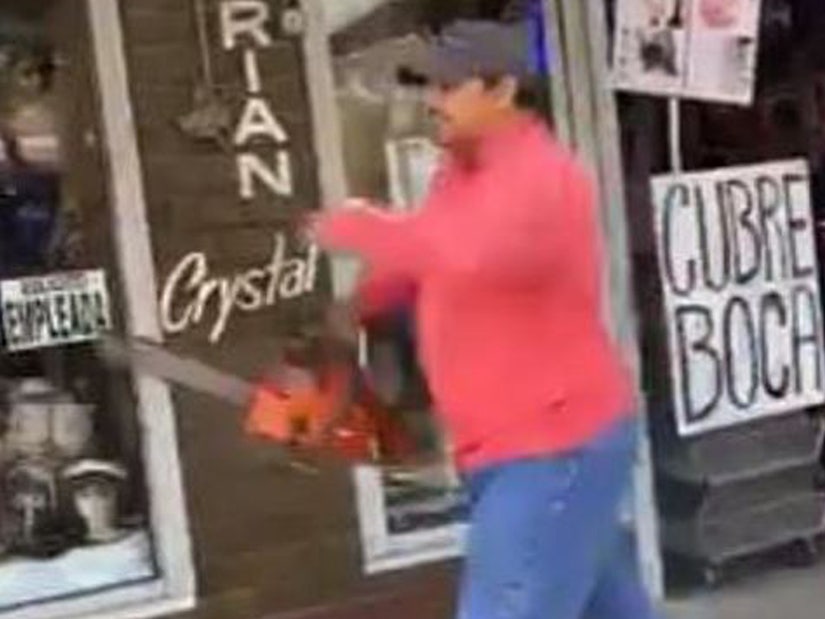 The unidentified man also yelled about "antifa" while chasing the crowd away.

A man in McAllen, Texas was detained after threatening peaceful protesters with a chainsaw and screaming the N-word on Friday, according to police.

In a shocking video posted to Twitter, the man, whose identity has not been disclosed, pulls a chainsaw from the back of his pick-up truck and walks towards a group of people on a sidewalk.

He can be heard yelling at the protesters to "move" while he revs up the chainsaw as a woman yells for someone to call 9-1-1.

"Go home," he shouts over and over trying to disperse the crowd. "Don't let those f--king n--gers out there fool you!"

The protesters were marching for racial equality and the end of police brutality in the wake of George Floyd's death. Floyd, a 46-year-old Black man, died after a white police officer kneeled on his neck for several minutes during Floyd's arrest in Minneapolis, Minnesota on May 25. 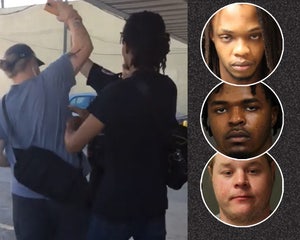 One of the protesters accosted in the group on Friday called the incident "very scary."

"We were just trying to cross the street and someone stopped in the middle of the crosswalk and started yelling at the girl in front," Lorena Houghton told The Monitor.

She said the unidentified man ripped a poster out of a woman's hands before reaching for his chainsaw.

"I think that the exact point they were trying to make is that they didn't think that Black Lives Matter was necessary here, but I think he disproved his own point by violently attacking people that were walking on the street."

McAllen Police Chief Victor Rodriguez told the outlet, "We've detained that person and are continuing our investigation into the particular incident."