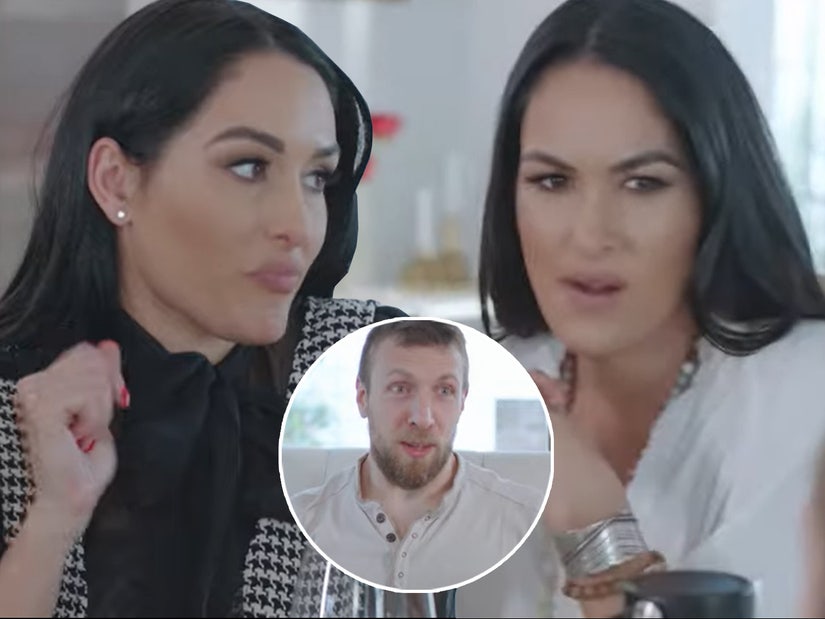 "I thought we wanted to do a surprise."

While Brie and Nikki Bella are excited to be pregnant at the same time, Brie's husband Daniel Bryan doesn't want them going through every milestone as a duo.

In an exclusive sneak peek at Thursday's season finale of "Total Bellas," Nikki proposes a joint gender reveal party -- saying she believes it "would be so fun to do it together."

Though Brie says she's on board, her other half isn't.

"We don't really want to know the gender. I thought we wanted to do a surprise," he interjects. When Brie says they'll "need to talk about it," he reminds her they already have -- "and we talked about doing a surprise."

In a confessional, Brie explains that she's having second thoughts about not learning the baby's gender beforehand because of the unique situation.

"I'm pregnant with my twin sister, this is something we can have fun together with," she says. "When can we ever find out together like this? We can plan together, go shopping together, when we both know our genders."

"One of my big problems in life is Nicole has more influence on Brie than I do," Daniel admits. "It's happening right now, right in front of us! You and I have spoken for hours about how we want a surprise and it takes 5 minutes of Nicole saying, 'Hey, we can hit piñatas together, sold!'" 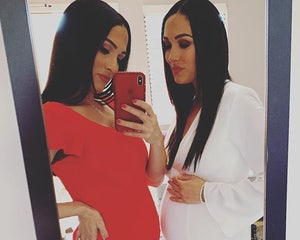 Nikki and Brie Bella On Being Pregnant During the Pandemic, Plans for Gender Reveal (Exclusive)

While you'll have to tune into tonight's finale to see how things shake out -- SPOILER ALERT -- the two confirmed they had very different plans for gender reveals when we spoke with them in April.

"So Bryan and I want a surprise so we won't find out until the baby's born," said Brie. "I will tell you it's been really hard because with Birdie I wanted to know everything, like I could use every single detail and I think, 'cause this is my second, I'm a little more laid back, but I also feel like just don't have a lot of surprises anymore in life. We know everything in the palm of our hand every second."

As for Nikki, she said she and Artem Chigvintsev saved the gender reveal party for the show so it could be "something very special for the viewers."