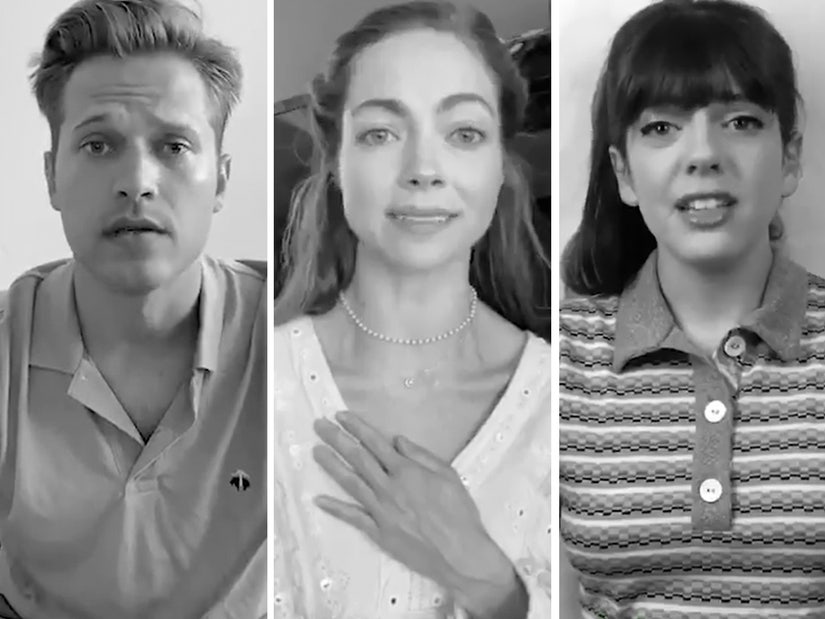 "I take responsibility for being white and pretty and desirable to men of all races."

After the star-studded "I Take Responsibility" PSA was met with criticism online this week, a few white cast members of "Dear White People" decided to take a swipe at it by releasing one of their own.

Stars John Patrick Amedori, Wyatt Nash, Caitlin Carver, Erich Lane, and Sheridan Pierce joined forces to parody the original video, which had the likes of Sarah Paulson, Aaron Paul, Justin Theroux and more acknowledging their privilege and accepting responsibility for not doing more against racism in the past.

The Netflix show posted the black-and-white clip on social media with the caption, "The white students of Winchester also want to take responsibility. We tried to stop them. #DearUsPeople."

The white students of Winchester also want to take responsibility. We tried to stop them. #DearUsPeople pic.twitter.com/YuhQ7SutL6

In the minute-long video, the "Dear White People" actors appear as their characters, while mimicking the original PSA by making exaggerated, forlorn facial expressions and holding their hands over their hearts as somber piano music plays in the background.

"I take responsibility for being white and pretty and desirable to men of all races,” said Carver, who plays Muffy Tuttle. "For not posting the black square soon enough, but for leaving it up far too long."

"I take responsibility... for being hilarious even though people are PC now," Nash, as Kurt, explained.

"I'm also taking responsibility for calling them my Black friends.”

The video concludes with Amedori, as Gabe, summarizing why the original was slammed in the first place.

"I take responsibility for making a documentary that centered myself in a conversation about race," he said, before coming to a realization. "Shit."

The original version, however, was made with good intentions as the the I Take Responsibility campaign was created in partnership with the NAACP to encourage white allies "to stand up for our Black friends and family in America" according to the website.

"Our goal is to rally the white community, to provide education and encourage action. Our mission is to ensure this takes place."

The organization "points people to organizations who are on the front lines, fighting for police accountability, mobilizing voting efforts and providing resources to families directly affected. We encourage everyone to take action and donate. #itakeresponsibility itakeresponsibility.org #blacklivesmatter #blm."

Watch both videos above!