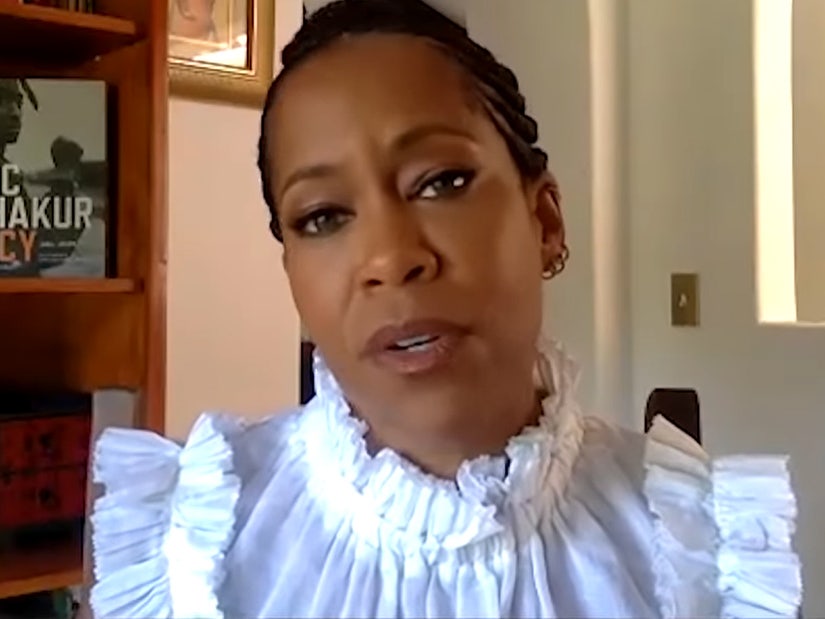 "He is really throwing the finger up."

Regina King said she got "chills" when she heard Donald Trump would be holding a rally in Tulsa, Oklahoma on Juneteenth.

During a virtual interview on "Late Nite with Seth Meyers," the Oscar winner discussed her feelings about the President visiting the city where the Tulsa Massacre of 1921 saw white residents attack Black residents and Black businesses in one of America's deadliest acts of racial violence.

The date of the proposed rally also marks what's widely celebrated as the end of slavery in the U.S., June 19, when an army general rode into Texas to tell slaves of their liberation in 1865, two years after Abraham Lincoln signed the Emancipation Proclamation.

She went on to compare the political move to an old Eddie Murphy joke where one kid drops his ice cream cone and another kid laughs at his misfortune.

Seth Meyers said he shared her "anger and shock" at Trump's decision.

The planned rally comes at a time when many in the country are protesting against police brutality and systemic racism in the wake of the death of George Floyd, the 46-year-old Black man who was killed as a white police officer kneeled on his neck for nearly 9 minutes in Minneapolis, Minnesota on May 25.

Seth asked Regina how she has been handling the current climate.

"I am managing a balance of optimism with the pain," she revealed. "This is the first time ever in my life that I've seen people in other countries supporting at the top of their lungs for Black people. You know, to see in Italy and Germany and all of these different places, people taking a knee and have signs that say Black Lives Matter."

"America is always the country that's going to the aid of someone else," she continued. "But that other countries are speaking out for --  not just America -- but Black Americans -- it makes me hopeful"

Regina also discussed her HBO show "Watchmen," which highlighted the Tulsa Massacre of 1921 in the opening episode, with Seth admitting it was the first time he had heard of the historical incident.

"It's definitely an honor to have been a part of a piece of work that was entertaining but also social relevant," the actress confessed.

"It was just so unique because Damon [Lindelof] and the writing team were able to give a history lesson for a lot of people, infuse a bit of a love story in there, to shine a light on how pain is inherited, a light on the police violence in our country," she continued.

"To do all of those things and be entertaining at the same time, and there are even comedic moments, it just feels like I was a part of something that's never been done before and that's really hard to do in 2020."