Former cast-members hint at an all-star season and drop names of several people they say have already signed on -- and at least two former winners you definitely won't see.

It's been 14 years since "Big Brother" offered up an all-star season, though there have been plenty of returning Houseguests in subsequent seasons.

With a new season looming amid coronavirus production restrictions, the rumor mill is swirling about a possible "All-Stars 2" edition for Season 22, with Us Weekly among several outlets confirming that their sources are saying this is the plan. 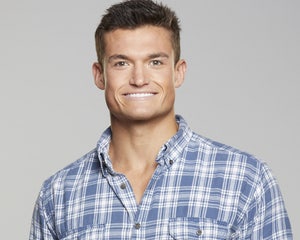 The latest comes in the form of one former winner lamenting that he's not been contacted about appearing. Sure, that might feasibly cast doubt on the whole thing, but Season 15 winner Andy Herren actually seems pretty bullish that the all-star season is happening -- he just won't be part of it, apparently.

Season 15 is easily the most controversial season of the modern era, making headlines week after week for racist comments made by members of the cast -- with CBS facing scrutiny for not airing or addressing them for the longest time.

OF COURSE I'm bitter. When you *really* compare games, I played as well as (if not better) than Dan, Derrick, and Will, but I'm not a straight white man so production buried me in the edit. Being one of the best to ever play and having the show completely ignore you sucks!!!

I really hope Caleb isn’t back for All-Stars. CBS edited him as this harmless country bumpkin when in actuality he spent weeks making Amber incredibly uncomfortable and it was really unfair to her and gross to watch.

Herren has been pretty openly confident that this season is going to be an all-stars edition, and he's got plenty of details that make it unlikely the network isn't at least considering it.

The speculation for part of this decision was that by courting former Houseguests rather than newcomers, the network will have a much easier and faster time with casting as these people are all known commodities.

COVID-19 shutdowns had already delayed Hollywood television productions, and if "Big Brother" wants to hit its usual premiere marks, there's a lot of work to be done. For one, they need to make their production compliant with the new restrictions. Freeing up casting concerns opens more time to focus their efforts in those areas.

Herren has offered several details over the past week or so, per TV Fanatic, saying that CBS is offering former Houseguests $40,000 just to walk through the door. He then joked he'd be willing to pay them to be part of the season.

The reality star even went so far as to say he'd DM a list of the former Houseguests he says he knows have gotten calls to anyone who can confirm they've donated to a Black Lives Matter cause.

Elsewhere, Kemi Fakunle (BB21 11th Place), who had a very rough time in the "Big Brother" house last season facing several instances of bullying and racism and purportedly even being told by production to talk in a more stereotypical way, got her fans buzzing with a cryptic tweet last week.

You only get a few once in a lifetime opportunities. Take demmmm 🤩

Could Kemi be looking at a second once-in-a-lifetime opportunity on an all-star season of "Big Brother"?

Even outside of COVID-19, this would be a perfect opportunity for "Big Brother" to return to the all-stars format after 16 years. For one thing, there have been so many great players since Mike "Boogie" Malin won the last all-stars, fans would love to see them again.

Boogie even seemed to confirm the all-stars season with a video of his own where he promised fans they'd see familiar faces, just not his. He then threw in a dig at Chris "Swaggy C" Williams (BB20 15th Place), who along with wife Bayleigh Dayton (BB20 11th Place) are also among those rumored to return. The pair has continued their reality TV careers on MTV's "The Challenge." 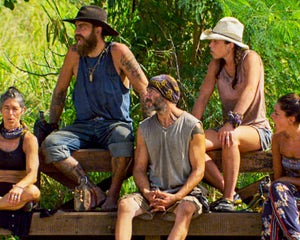 The main reason it's the right time for an all-stars season is because, like "Survivor," "Big Brother" is celebrating it's 20th anniversary this year. In fact, the very first season kicked off on July 5, 2000, so even a delayed start into July 2020 would be kismet for the venerable franchise.

All stars is coming !!! #BB22 pic.twitter.com/IXqqGumEK1

This year, July 5 falls on a Sunday -- but it's also only three weeks away. Could Julie Chen and CBS be ready to hit the air by that time? With the current plant to sequester Houseguests for 14 days over coronavirus concerns, that would give them this week to finalize casting -- so it's still totally possible!

Unless, of course, everything is already finalized and in the works and the network is just waiting to drop a bombshell on fans with a full cast announcement closer to the season's launch date.

Whatever the case may be, fans have been speculating madly about this for weeks and dropping some of their dream cast suggestions on social media, as well as supposed spoiler cast lists.

Check out some of their picks below, including a few former players (and one fan-favorite "Survivor" alum) eager to get in the mix: 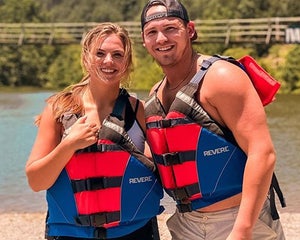 So let me ask you this...if you want a @CBSBigBrother All-Stars season, with the best of the best, would it truly be All-Stars without me?

My sister is the best female to play big brother. And def in top 5 with males included. Just sayin. 🤷🏻‍♀️ #bb22 @VanessaRousso

Still waiting on that #BB22 call 🤞

prayer circle that kemi will be brought back for all stars so she’s given a chance to play big brother in a house that’s not full of racist fucks #bb22 pic.twitter.com/5f9UxY7zLo

Some personal favorites, multiple who didn’t get a real chance because of racist houseguests. ❤️ Make the right choice @CBS #BB22 #BigBrother pic.twitter.com/UNVdQRxMyo

I've said for a long time that Big Brother All-Stars 2 should look a bit like this. #BB22 pic.twitter.com/JAIlLr4y6G

If Kaycee takes the spot of one of these gals, we riot 😤 #BB22 #BBAllStars2 pic.twitter.com/yIxnWxRZ94

If the rumors are true, this could very well be the cast. #BB22 pic.twitter.com/rCIveg4v9f

If y’all are bringing Tyler back, y’all better bring Haleigh along too #BB22
pic.twitter.com/p9uB6086KV

She
Is
Coming.
🤫 #BB22 pic.twitter.com/KpJfCdhbn6

anyway, y’all don’t come for me but this my #BB22 fantasy redemption cast👄 pic.twitter.com/qKagmHaZQO

🗣 ALLEGEDLY RUMORED #BB22 CAST 👀 I ACTUALLY WOULD WANT THIS BASICALLY ALL MY FAVES MINUS A FEW... pic.twitter.com/IbfZeL5EiH