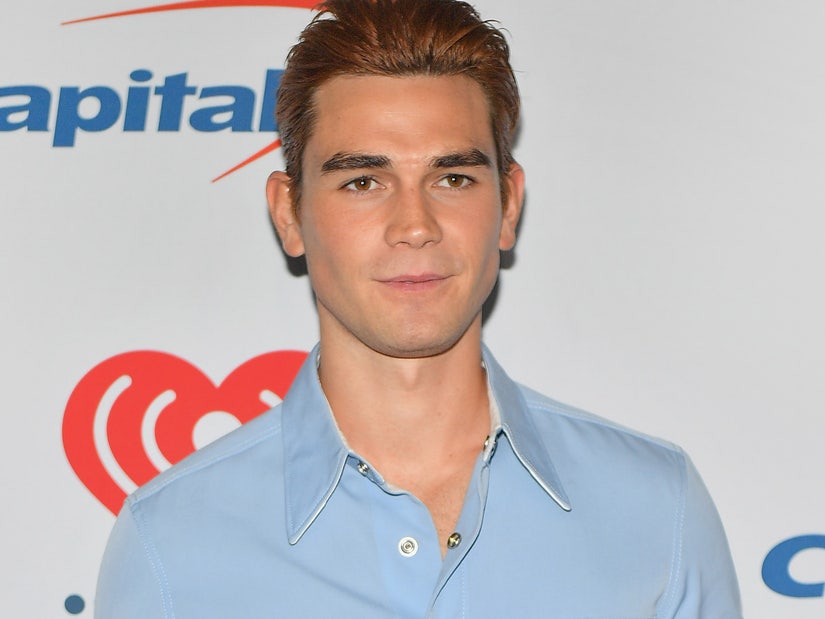 "I don't need to post about my opinions and beliefs in order for them to be real to me."

KJ Apa has responded to criticism over his relative silence on social about the Black Lives Matter movement and the ongoing protests following the death of George Floyd.

Over the weekend, the "Riverdale" star defended his decision not to post on social media about the human rights issues after rapper and comedian Elijah Daniel called out Apa for being "so silent."

Earlier this month, Daniel, who has feuded with Apa in the past, replied to a fan who suggested he watch the 2018 film "The Hate U Give," which tells the story of Starr Carter (Amandla Stenberg) as she watches her childhood friend get killed by the local police. In the drama, Apa, 22, played Starr's boyfriend, Chris.

"YOU SHOULD ALSO WATCH 'THE HATE YOU GIVE ME!'" a fan wrote, to which Daniel replied, "i love that movie but i do have a question, completely unrelated to the beef i formerly had with him, if KJ was the co-star of that movie why is he so silent?"

"he has such a massive young audience and got paid to be in a movie about police brutality and ... posted a black square?" Daniel added, referring to Apa's Instagram post on June 1 as part of Blackout Tuesday.

On Sunday, Apa hit back, writing, "I don't need to post about my opinions and beliefs in order for them to be real to me."

"I support black lives," he continued, "but I don't feel it's necessary to prove to people I do by posting my attendance at these protests."

I don’t need to post about my opinions and beliefs in order for them to be real to me. I support black lives - but I don’t feel it’s necessary to prove to people I do by posting my attendance at these protests.

Daniel has yet to reply to Apa.

Meanwhile, before Apa responded to Daniel, other fans weighed in on the actor's lack of multiple posts about the movement, noting that several of his other "Riverdale" co-stars, including Camila Mendes, Madelaine Petsch and Cole Sprouse, have used their platform for change and have attended demonstrations.

"cole, camila and madelaine have all gone to protests and are posting resources and yet... what is kj doing," a user wrote.

Another one of Apa's co-stars, Lili Reinhart, also attended a Black Lives Matter protest earlier this month. While sharing a flyer for the protest, which was organized by the LGBTQ+ community, Reinhart, 23, came out as bisexual.

"Although I've never announced it publicly before, I am a proud bisexual woman," she revealed on Instagram. "And I will be joining this protest today. Come join."

The "Riverdale" stars are just a few of the many celebrities who have participated in the ongoing protests against police brutality and racial injustice following the death of Floyd, an unarmed Black man who died after a white officer kneeled on his neck for several minutes during an arrest on May 25.