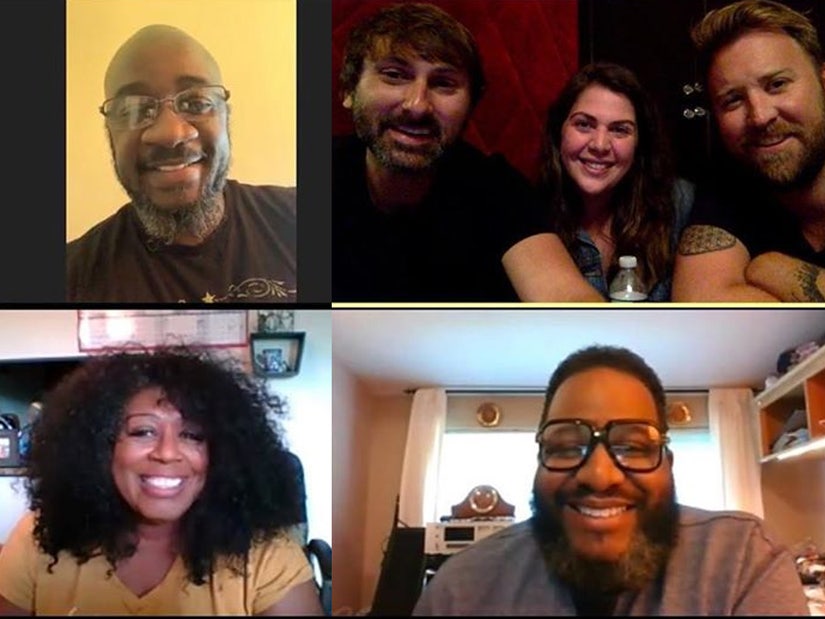 The two parties connected privately, before sharing a photo from their Zoom call and a joint statement.

The two Lady As are putting on a united front.

Just last week, country group Lady Antebellum denounced the name's ties to slavery and changed it to "Lady A" -- only to be called out by another artist, Anita White, who had been using that name professionally for two decades.

On Tuesday, both parties connected to find a way to move forward. 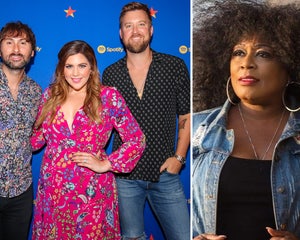 "Today, we connected privately with the artist Lady A," they both posted on their respective social media pages. "Transparent, honest, and authentic conversations were had. We are excited to share we are moving forward with positive solutions and common ground. The hurt is turning into hope. More to come."

White was joined on the call by two artists who perform with her, Dexter Allen and gospel singer John Oliver III. Speaking with USA Today, she confirmed the band reached out to her to have "open and honest conversations." The blues singer added Hillary Scott apologized, which White accepted.

The band also confirmed they would be keeping the name Lady A.

"This is my life. Lady A is my brand, I've used it for over 20 years, and I'm proud of what I've done," White, 61, told Rolling Stone after she found out what Lady Antebellum had done. "This is too much right now."

She said no one from the group -- made up of Scott, Charles Kelley and Dave Haywood -- reached out to her before they revealed the planned change.

"It's an opportunity for them to pretend they're not racist or pretend this means something to them. If it did, they would've done some research. And I'm not happy about that."

The Grammy-winning group announced the name change, writing on Instagram, "After much personal reflection, band discussion, prayer and many honest conversations with some of our closest Black friends and colleagues, we have decided to drop the word 'antebellum' from our name and move forward as Lady A, the nickname our fans gave us almost from the start."

The group said they didn't realize the association the word "antebellum" has to pre-Civil War times and slavery. But they were made aware in the wake of the protests across the country after the death of George Floyd, the 46-year-old Black man who died after a white police officer kneeled on his neck for almost nine minutes during an arrest on May 25.

"We are deeply sorry for the hurt this has caused and for anyone who has felt unsafe, unseen or unvalued," the band's statement read. "Causing pain was never our hearts' intention, but it doesn't change the fact that indeed, it did just that. So today, we speak up and make a change."