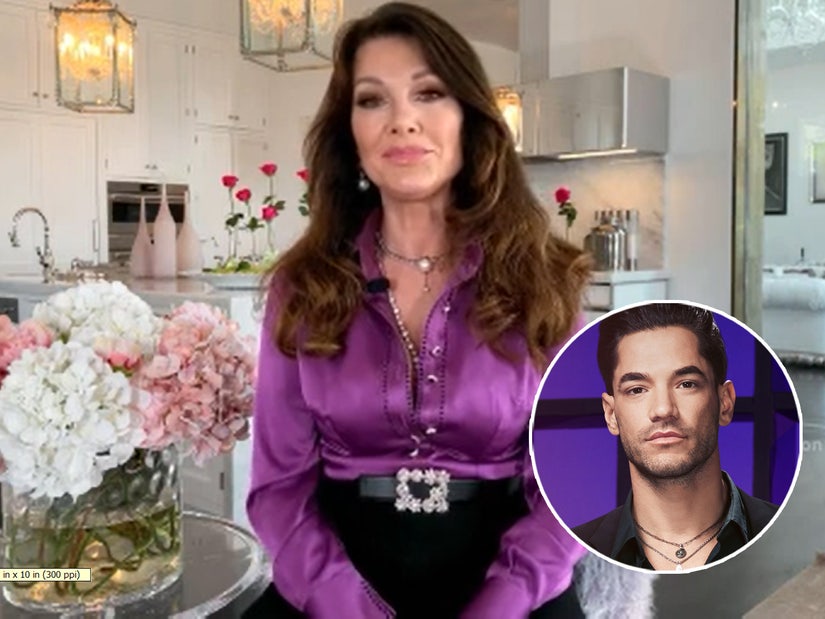 "I have children. I have a marriage."

Lisa Vanderpump confronted rumors she had an affair with one of her employees on the "Vanderpump Rules" reunion.

During the third and final episode of the virtual reunion, the restaurateur clapped back at cast member Danica Dow, who insinuated there may have been something going on between Lisa and Brett Caprioni.

"I think she's been damn right rude on many occasions, and, in fact, I personally have an issue with her, which I hate to make things personal," the 59-year-old said about Danica. "But when she's going on television saying I'm having an affair with Brett, that really pisses me off, because in all the years, with all my staff, I've never put a finger on any of them."

"And that's just so not me," Lisa added as Jax Taylor sat with his mouth agape.

Host Andy Cohen jumped in and asked, "Danica, did you say Lisa was having an affair with Brett?"

Danica quickly replied, "Wait, when did I say that?"

The reunion then jumped to a previous taping where Danica exclaimed, "I can't watch the episodes and see the way they weirdly dirty-talk to each other and say it's a mother-son relationship, because it's not."

"He's hot, she's hot, and they both fantasize about each other."

Lisa wasn't done defending herself on the reunion as she chimed in, "I have children. I have a marriage."

"Lisa, I'm sorry if that offended you," Danica replied. "I obviously know you're not having an affair with Brett. I'm sorry it came out the wrong way."

"Yeah, it did come out the wrong way," Lisa replied, as she put the issue to rest. "Thank you very much. Been married 37 years. Have two children. I don't need to hear that."

Last week, Brett was axed from the show along with fellow newcomer Max Boyens, both for their past racist remarks.

Stassi Schroeder and Kristen Doute were also fired after being called out for their treatment of Black cast member Faith Stowers, who said they reported her to police for a crime she didn't commit.