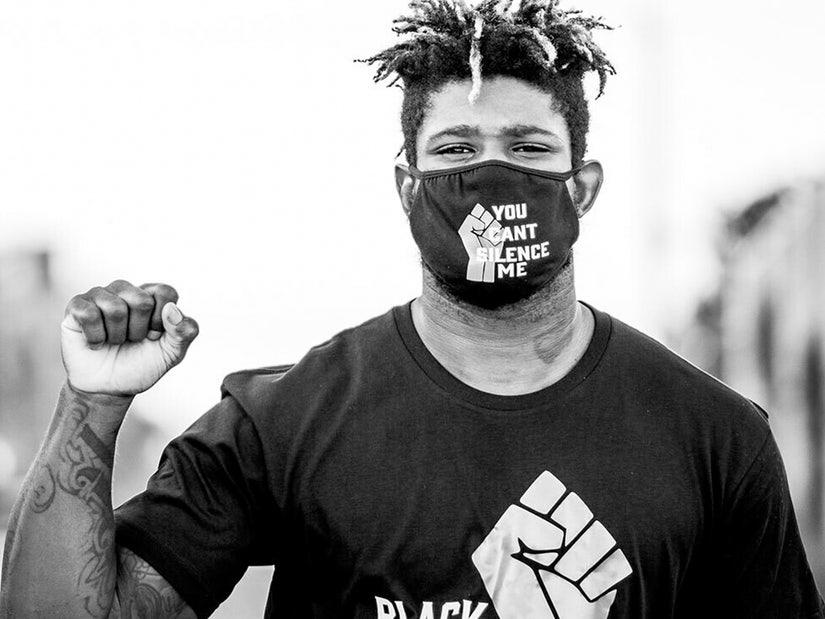 He's raising funds for the NAACP and Color of Change.

Not in a cage or a boxing ring. He wants you to take a stand against racial prejudice and injustice -- not only in the streets but at your home, at your place of work, and with your pocket book by donating to groups fighting for systemic change.

Butler, who has fought for some of the biggest fight promotions in the world (Bellator MMA, Glory Kickboxing), knows a thing or two about overcoming the odds. He's been fighting for longer than he can remember.

His life began on the streets. "My mother took me from shelter to shelter and most of my earliest memories are of struggle, hunger and fear," Butler says.

Homeless as a child, his life finally found some stability through the help of a foster parent, Katie Andrews. It was a relationship that proved to be pivotal for the young boy. To this day he still calls Katie his "mom."

But the demons of his childhood caught up with Butler as he spiraled at age 18 into a world of drugs, something Katie would never approve of. And so he cut ties with the woman he saw as his guardian angel.

An accidental overdose proved to be a turning point, sending Butler not only back to his college wrestling team but into contact with Katie again.

However, soon after he reconnected with her, she died. Butler has been on a mission ever since to make Katie, his "mom," proud.

"I know what it is to be a Black man in America," Butler says. "I know first hand what it is to have the cards stacked against me. To live inside of a system that's rigged -- and not in our favor."

Butler says he knows the only way to win -- when you're a POC, when you don't come from affluence -- is to fight.

One of the ways Butler is trying to help is by raising funds for the NAACP and Color of Change with a shirt that also strives to increase awareness for the Black Lives Matter movement -- with direct and powerful messaging. All proceeds for the shirts (and masks) going directly to the above charities.

The design for the shirts was inspired by Butler's wife Devin Tanigawa Butler, who initially made signs to post in Huntington Beach. But after people tore her posters down, right in front of her, they realized they needed to find another way to get the message out.

You can help fight for the cause here. As Butler says, he might be physically fighting in the cage "but we are all fighters in our own way. And we can fight for equality together."