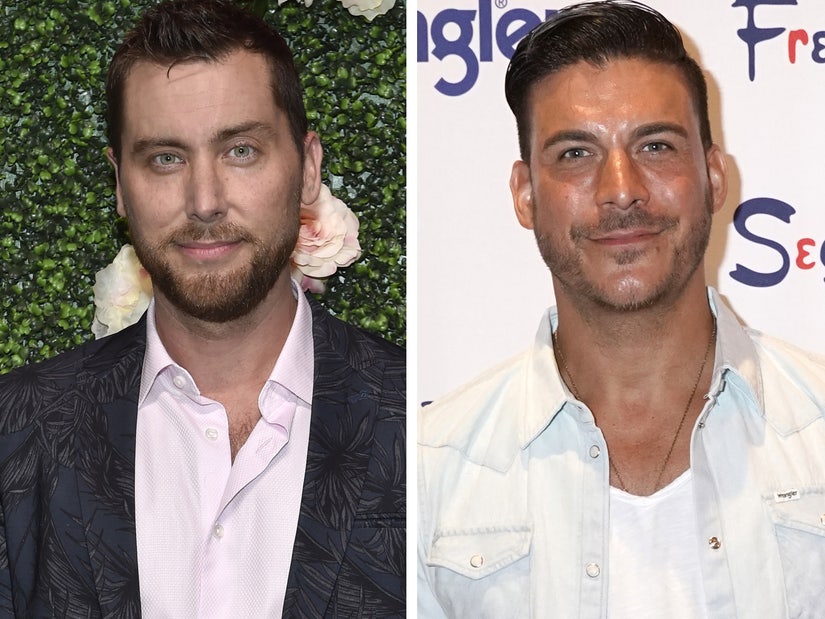 Bass said the "Vanderpump Rules" star has reverted back to his old bad habits, but doesn't necessarily think he's racist or homophobic.

Lance Bass and his husband Michael Turchin put Jax Taylor and his publicist on blast, after the "Vanderpump Rules" star denied the NSYNC singer's claims he had "stepped down" from their business partnership.

Earlier this week, Lance said Jax volunteered to step away from their Just Add X company after he was called out for racist behavior amid the fallout from Stassi Schroeder, Kristen Doute, Max Boyens and Brett Caprioni all getting fired from the Bravo show. Jax's publicist later released a statement saying Bass' account was "not only untrue but also extremely confusing and shocking to say the least."

On Wednesday's episode of his Daily Popcast podcast, Bass attempted to set the record straight.

"We're getting a lot of hatred towards us because of our involvement with Jax," said Lance, before referring to his publicist's statement. "The publicists and managers get involved and lawyers and threw the biggest wrench in everything and basically said I was lying."

"You wanna know what really went down?" he said after his cohost read the statement in full. He then prefaced the account by saying, "I do not think Jax Taylor is a racist or a homophobe and I've said that millions of times. I would not be acquainted with someone if I thought they were a racist or homophobe. It doesn't make sense."

"We've known Jax for a long time and we've always said he's the lovable douchebag. He says the stupidest things," Bass continued. After crediting Taylor for turning his life around in recent years, Lance said that's when they went into business together.

"I was happy to back him and believe in him and I always want the best things for him," he explained, adding that he agreed to officiate Jax and Brittany Cartwright's wedding because it would make a "big statement" for a gay man to replace a homophobic pastor.

"But then this season started airing and he started reverting back to the same crap he was spewing," Lance continued. "I obviously have not heard anything racist come out of his mouth. I hear tweets. Never heard him say a racist thing."

It's here where Lance's husband, Michael Turchin, interjected -- bringing up allegations "90 Day Fiance" star Ashley Martson made claiming Jax made fun of the size of her Black husband's nose. Lance previously said he spoke with Jax about why that was wrong, with Michael now detailing the phone call -- which he overheard.

"You even said to him, 'Jax you don't understand, you're not learning from your past mistakes,'" claimed Michael. "You said bi-phobic things about Ariana again after saying it in past seasons and being told again you can't say that, but you still did it again. It shows you're not actually trying to evolve and better yourself."

Regarding the nose comments, Michael claimed Lance told Jax, "I don't think you're racist, I don't think you said it with the intent of being racist, but what you said is racist. You can't just promote these racist things." 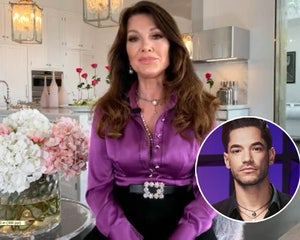 Bass compared it to using the word "retarded," saying, "if you don't know that [is offensive] at this point, that's just your ignorance."

Turchin then claimed Jax's publicist hopped on the line to defend Taylor, saying, "Well, I'm Jewish and we have big noses and that's not offensive." Michael, who is Jewish as well, said it's still "not okay to say to Jews" either -- pointing to the historical context of how it became an anti-Semitic stereotype.

Bass said part of Jax's "downfall" is his team. "If you're going to put yes people around you, you're going nowhere," he said. "We are all ignorant. It's how you deal with it and how you learn from it, that's what people want to see."

He concluded by saying he just wants to "do the right thing" going forward. "Sorry this got dramatic, but I have to defend myself," he added, "When somebody calls me a liar, I have to tell you what happened." 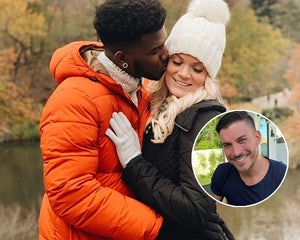