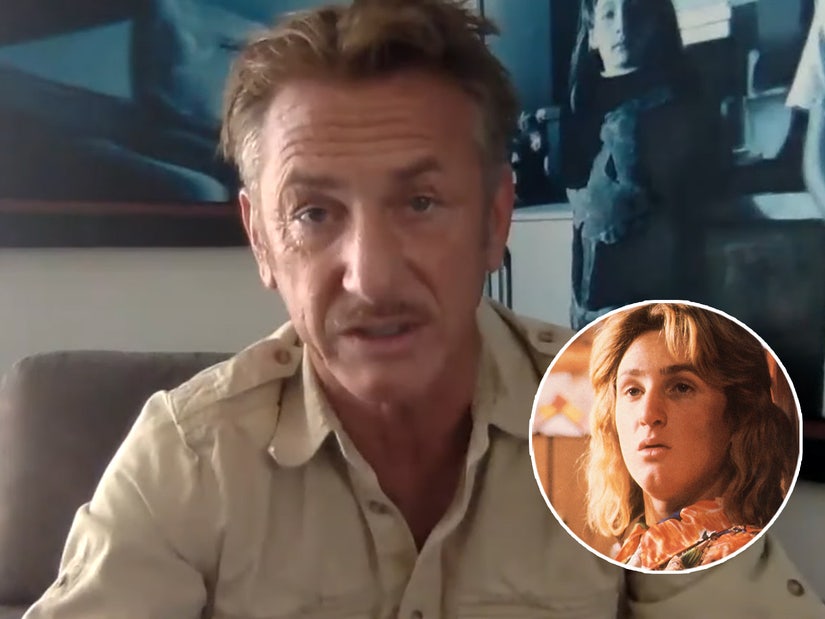 Sean Penn said he believed the role of Jeff Spicoli from 1982's "Fast Time at Ridgemont High" was his from the very beginning, but he failed the first audition terribly.

During his virtual interview on "The Tonight Show Starring Jimmy Fallon," the Oscar winner recalled how he got the part of the iconic stoner after confirming Jimmy Fallon's account of the audition.

Fallon told Penn, "You came in for the audition, and I think you said, 'I'm not gonna audition. I know who Spicoli is. So, if you want -- if you want to see him, you have to hire me.' Is that true?"

"It's mostly true," the 59-year-old actor replied. "The way I remember it was that I --  long before I had a penny in my pocket, had a kind of feeling of entitlement as an actor, not because I thought I was so good, but because I thought the rest were not so good."

"That gave me an awful lot of confidence, and I read this part, and I just said, 'I know this thing.'"

Penn argued he was no good at auditions, adding, "So, I just wanted them to just give it to me, trust me, 'Don't they know what’s going on inside here by osmosis?'"

However, the "Milk" star still had to try out for the role and it didn't go over very well.

"I auditioned, and it was terrible and flat, and I knew I wasn't willing to hit the kind of music of this character that I thought it was and had familiarity with, too. So, they dismissed me, and I left."

Fortunately for Penn, one of the producers in the room thought differently and ran after Penn in the parking lot where he was about to leave in his "broken down Mazda."

"Get back in here and audition your ass off," Penn said the producer told him. "You're not going anywhere."

Penn said he went back and offered a "little more" and the producers "took a gamble" and hired him.

"And the rest is history," said Jimmy.