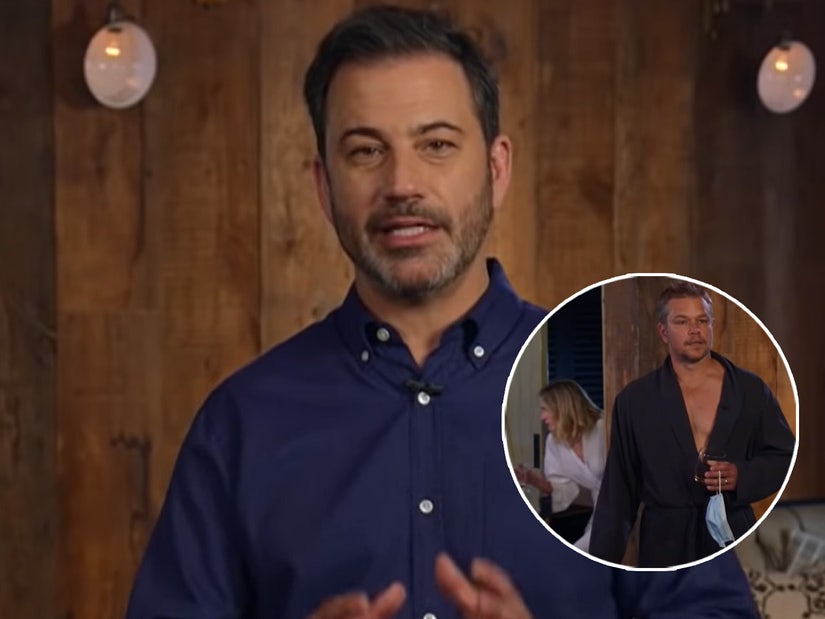 "Sorry you had to see that. I am going to get a divorce and we'll be back," says Kimmel after this announcement.

Jimmy Kimmel announced Thursday was his last new episode of "Jimmy Kimmel Live" for the summer ... and he might be spending some of that free time in marriage counseling!

"Tonight is my last new show for the summer. I'm taking the summer off to take even more time with my family," he revealed on last night's episode. "I've been doing this job for almost 18 years, I've done 3,130 shows."

"There's nothing wrong, I'm healthy, my family's healthy, I just need a couple of months off," he added. Kimmel went on to say that after a 2-week break, the show will resume with a series of guest hosts until his return.

As he made his announcement, a bathrobe-clad Matt Damon popped out from a bedroom in the background. Playing into Kimmel's long-running joke about never having time to bring the "Bourne Identity" actor out from the back for an interview, Damon revealed he's been in that room for "three months, waiting to get on" the show.

Keeping the bit going, Kimmel's wife Molly McNearney then crept out of the room ... also wearing a bathrobe.

"Why is my wife in the room!?" asked Kimmel. "Why do you think she's in the room?" asked Damon. "You son of a bitch!" exclaimed the host. 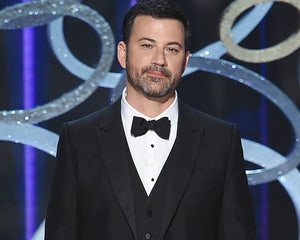 Jimmy Kimmel to Host Emmy Awards, But Has No Idea Where or How They'll Happen

As Matt retreated with McNearney, Damon shouted, "Have a great summer, whoever gives a f--k where you're going!" He then added, "I'm going into your wife."

"Sorry you had to see that," Kimmel deadpanned into the camera. "I am going to get a divorce and we'll be back."

This won't be the first time Kimmel's had other celebrities fill in for him. Back in 2017, he took time off when his son had a series of open-heart surgeries -- with stars including Kristen Bell, Jennifer Lawrence, Chris Pratt and Melissa McCarthy all subbing for him at the time. 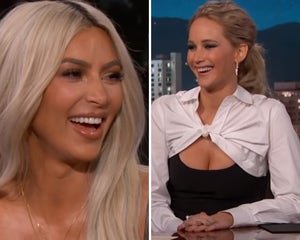